Ranking The Likely Irish Centre Partnerships In The Six Nations

It seems to be a running theme with Ireland ever since a certain someone decided to retire - Who will fill the centre positions for Ireland? For the majority of the time since, it's been Jared Payne and Robbie Henshaw in control.

But all of a sudden centre options came from everywhere. Keith Earls and Luke Fitzgerald were finally getting the opportunities. Then two highly talented youngsters broke through, and Luke Marshall finally got over his concussion issues.

While Keith Earls' form hasn't continued from the World Cup, and Anthony Foley only using him on the wings, his chances of playing for Ireland in the 12 or 13 jersey appear unlikely. That leaves six contenders for two spots. But the centres are all about combinations. So which duo are likely to line up against Wales next month? Here are the likely contenders based on Joe's history, and not what we want to happen. 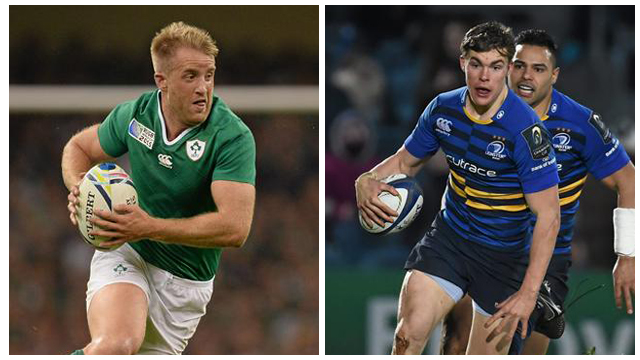 Getting Ireland's next long term centre into the team seems like a good idea. Why not pair him with the partner he's most familiar with? Ringrose will have played with Fitzgerald most of the Irish Leinster contingent, and it's not like Fitzgerald isn't capable of filling that role internationally.

There would be doubts about the physicality of the pair against the Lions test duo of Jamie Roberts and Jonathan Davies, which is why it's the least likely of the options. Something we'd love to see, but Schmidt isn't going to through Ringrose into the fire so soon. Even if Ringrose looks every bit a firefighter in waiting. 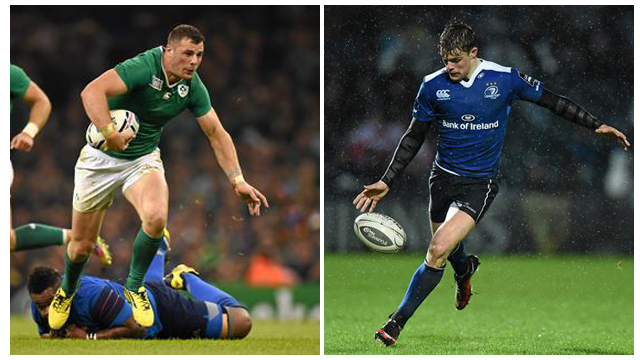 If you aren't going to make Ringrose comfortable with who he knews, why not kick start a potential pairing to take over from D'Arcy and O'Driscoll? It's one the fans would love to see, but between Henshaw's injury issues, Schmidt's reluctance to debut someone who doesn't know his system, and the fact that Henshaw and Ringrose have the same strengths, same weaknesses, and almost the same attributes - it would appear to me to be a very unbalanced pairing. 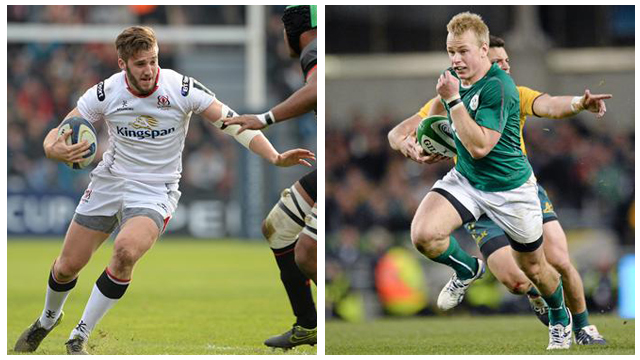 Fans can argue it all you want, but Stuart McCloskey is more likely to make his debut than Ringrose. The Ulster centre has already done his apprenticeship in Ireland squads for the past year, and it's likely that he will be included in some games. At 6'4'', he has the physical game to front up to Roberts, it's just who could partner him. His Ulster pairing with Marshall has been outstanding, and the duo seem to get the best out of each other. Marshall has been in some Ireland squads with Schmidt even though he hasn't featured since the 2014 tour to Argentina.

Can you imagine these in Ireland jerseys? Probably not ahead of other contenders. 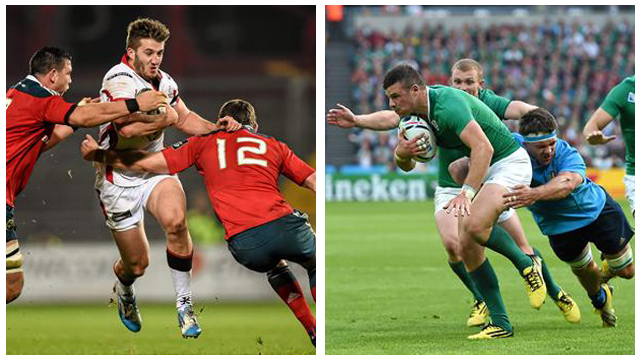 This seems more like it. A big, physical pairing with more than a hint of subtlety and talent to their play. Henshaw's play is better suited to the 13 channel, and the size of McCloskey would maximise that opportunity for Henshaw. It's one of my favourite pairings. 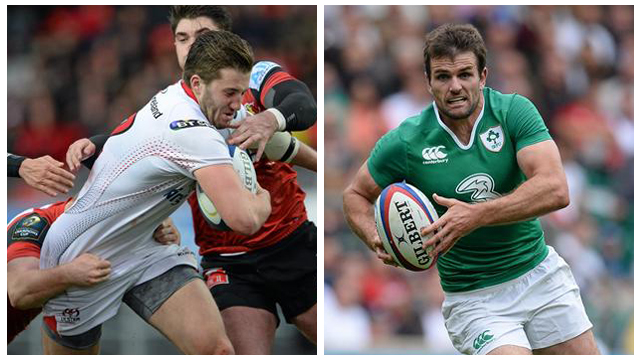 See Also: The Try That Shows Why Stuart McCloskey Has To Be In The Ireland Squad 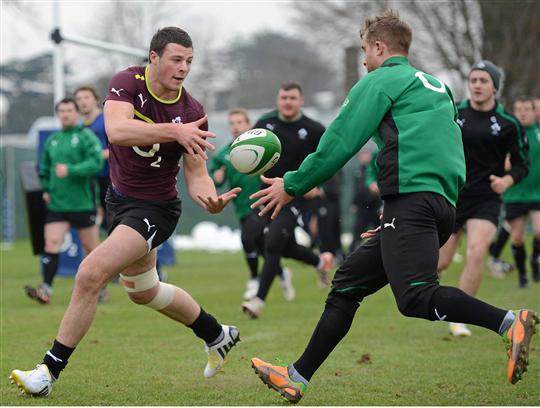 While the fans may want either Garry Ringrose or Stuart McCloskey to start, it's far more likely that Joe will stick with who he's familiar with and who he trusts. Fitzgerald has been getting a lot of gametime in the centres, and memorably got the better of Ma'a Nonu when the blues faced Toulon. He's a strong contender for the position, and a pairing with Henshaw is an extremely exciting prospect. The pair could dovetail extremely well - flitting both inside and outside to maximise their strengths. 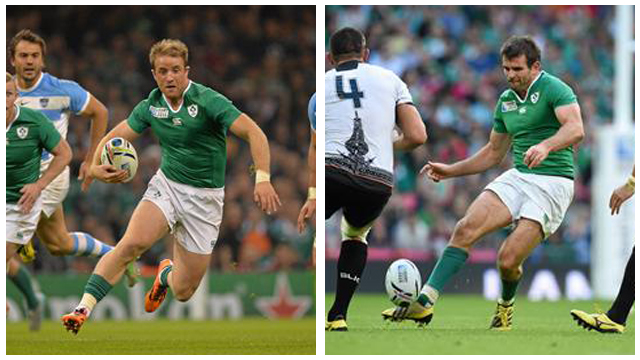 Just like with McCloskey, the sole reason that Payne is more likely to play with Fitzgerald is because of Henshaw's continued absence. In this scenario, while not as exciting, there will probably be more defined roles. It worked well as a partnership against the minnows in the World Cup, and who is to say that it wouldn't work again? 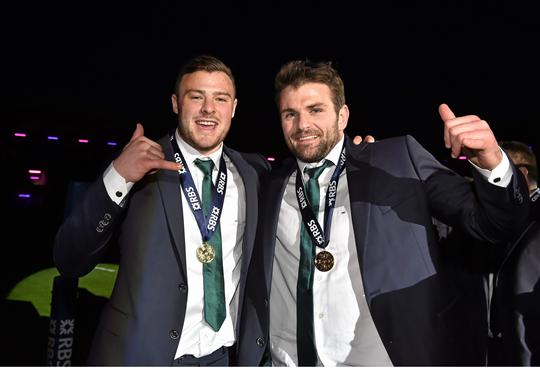 For all the speculation, it's almost a certainity that Schmidt will go with his first choice pairing. With so much disruption to the rest of the team if the duo are fit then they are going to be cemented into the 12/13 jerseys - for now. The shadows of Fitzgerald, McCloskey, Ringrose and Marshall are looming large. Given that the last acts that these guys had together was winning the Six Nations, Schmidt will give both of them (or more likely Henshaw, now that Payne has come back so soon), all the time they need to play against Wales.

Just because Payne played at fullback for Ulster on his return, doesn't mean that Schmidt will hesitate to put him straight back into the 13 jersey. After all, Schmidt put Henshaw in at inside centre after just one appearance for Connacht there.

Joe Schmidt does what Joe Schmidt wants, and right now, it's not too difficult to judge what way he's leaning based on his past selection choices.

Rugby
5 years ago
By John Balfe
The Five Irish Players With Something To Prove This Weekend
Rugby
6 years ago
By PJ Browne
Video: Luke Marshall Gets On The End Of Perfect Jared Payne Grubber For Ulster Try
Previous Next