Rassie Erasmus has denied claims suggesting that he is running a burner twitter account to take shots at refereeing decisions on the Lions tour of South Africa.

The former Munster boss was the subject of some bizarre claims suggesting that he is running the Jaco Johan twitter account.

Suggestions of that claim emerged after Erasmus - who has been vocal on twitter throughout the Lions tour – replied to an account with no profile picture criticising the referee of the first test in Cape Town, using surprisingly professional looking editing software, akin to a coaches' video analysis.

Thanks. This is rugby - sometimes calls go for you and other times they dont https://t.co/ONZp0uoWJF

But Erasmus has denied those claims during an unscheduled, strange, yet highly entertaining press conference.

“That is actually why I am at this press conference,” he said. “No, I am not Jaco Johan, I am Rassie Erasmus.

So he’s a very big supporter, a really funny guy and I quite enjoy the things that he does.

Why I am so active on Twitter? Well I retweeted two or three that I really thought were accurate and then I tweeted twice myself for simple reasons.

While he denied those claims of running a social media account to criticise referees, he did however say he likes to retweet when something ‘makes sense’ to him. 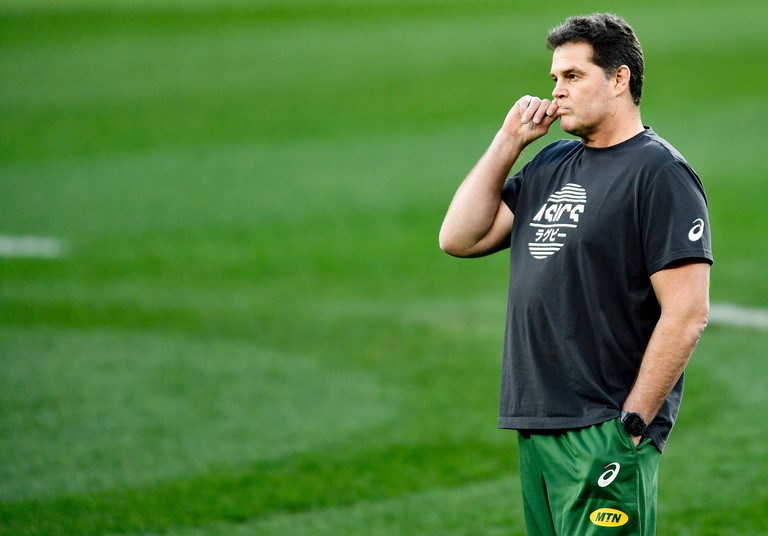 “I thought the way Cheslin [Kolbe] was picked up off the ground could have been a serious injury,” he added.

We teach our children from any age or level that you leave a player as he is there, because it is dangerous.

We wouldn’t like our Springbok players to pick up every Lions player that is down on his back.

I thought that was an important one to get out there while we had the opportunity.

My other Tweet was me saying I thought the Lions really deserved the win.

It was only those two tweets. Then obviously, I did retweet a few things from a few guys that I thought were spot on.

When something makes sense to me, I like to retweet it.

Erasmus also had a go at Warren Gatland's pre-match criticism of the appointment of South African referee Marius Jonker as the TMO for last week's first test. In the end, Jonker made a number of calls that went in the Lions' favour, but Erasmus was critical of the coach for bringing Jonker's integrity into question. The World Cup winning coach then turned the tables by pointing out that this week's referee shares a nationality with Gatland.

The referee this week is Ben O’Keefe, who is a New Zealander and so is Warren, but we would never say that. It wouldn’t sit well. The integrity of the game would be questioned.

I was baffled when Marius was appointed as the TMO. I am very good friends with him, I know him really well.

I made a point of not phoning him before the match, as I felt it was such a tough thing for him to do. But when he was mentioned because he is South African, that didn’t sit well with me, to be honest with you.

One must stay away from those things.

Erasmus also addressed his role as the supposed water carrier of the Springboks, having technically handed over the head coaching role to Jacques Nienbaer ("I am the water carrier. Jacques is higher than me in the rank.) and the comments of Clive Woodward, who criticised his front and centre role in South African affairs ("I wouldn't listen too much to Sir Clive Woodward. He doesn't really matter to me.")

Whether he's right or wrong, it's fair to say at this stage that this water carrier version Rassie Erasmus has been easily the most entertaining thing about the Lions tour so far! 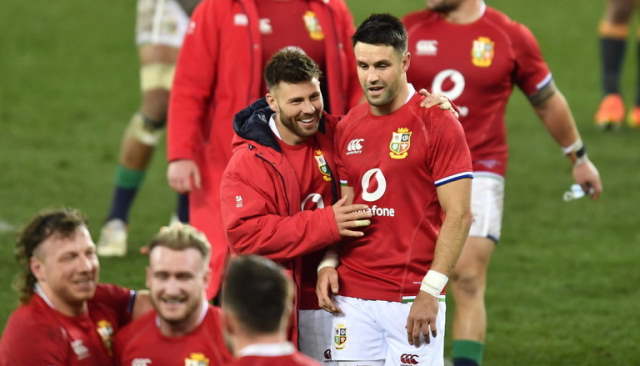 Football
9 months ago
By Balls Team
Shane Horgan Reveals Roy Keane's Comically Dismissive Pep-Talk Ahead Of 2005 Lions Tour
Rugby
10 months ago
By Eoin Harrington
How To Watch The British and Irish Lions v Japan
Rugby
1 year ago
By Eoin Harrington
Stephen Ferris Reveals How He Found Out He Was In The 2009 Lions Squad
Popular on Balls
Rugby
2 days ago
By Colman Stanley
'That Pace, That Intensity, That Organisation' All Black Legend Has High Praise For Leinster
GAA
2 days ago
By PJ Browne
Cusack Has Little Sympathy For Gearoid Hegarty After Red Card
Football
10 hours ago
By Colman Stanley
Wagatha Christie Trial Sheds New Light On England's Euro 2016 Disaster
GAA
16 hours ago
By PJ Browne
GAA President Explains Why Tailteann Cup Won't Be All-Ireland Curtain Raiser