The dawning of a new rugby season brings with it the added bonus of a year countdown to the 2019 World Cup, but for referee Wayne Barnes it is a sentimental year as he prepares for his retirement post that tournament.

In 2001, Barnes become the youngest referee ever appointed to the panel of national referees. Since then he has taken charge of games at the World Cup, Six Nations, English Premiership and Rugby Championship.

Ireland enjoyed a famously low win rate under the English official, but the 39-year-old is held in high regard within England. He was also the man at the helm during Ireland's renowned Grand Slam triumph in 2009 at Cardiff.

In a wide-ranging interview with the Guardian, Barnes revealed while he has been at the centre of exchanges with Ma'a Nonu and infamously Dylan Hartley, he generally enjoys a pleasant relationship with players. 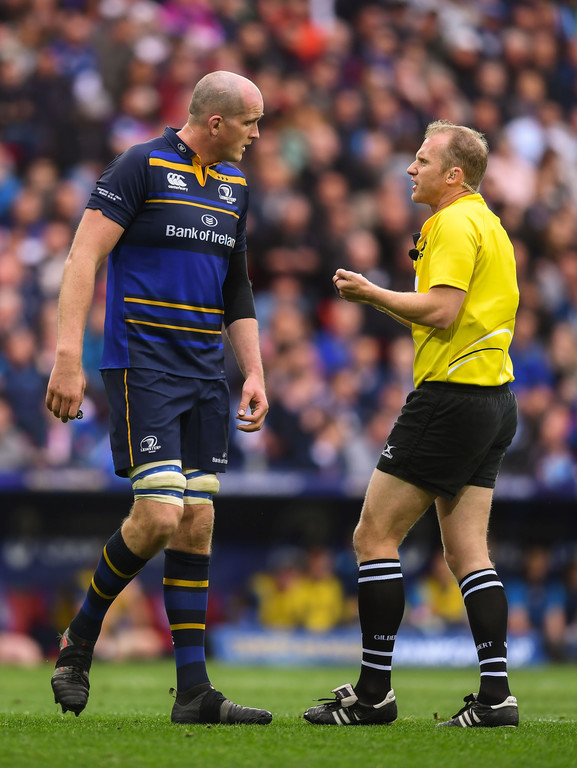 Barnes was also the referee during last year's European Champion Cup final between Racing Metro and Leinster. Leinster clinched the title and their double with a reserved 17-15 victory and in the aftermath, Barnes expected to fade into the background until two Irishmen came looking for him, beer in hand:

Within seconds Racing’s Irish lock Donnacha Ryan had stuck his head around the door and invited him to share a beer or two. Barely had they blown the froth off the first when there was another loud knock. Enter Leinster’s Tadhg Furlong, bearing a further stack of beers for the Englishman and his assistants.

Barnes was heavily criticised in the aftermath of that game by certain Irish pundits, with Neil Francis calling him a "peerless narcissist" who had a "dreadful spectacle" in his Irish Independent column. It is interesting to see this take was seemingly not held by the players, who were more than willing to share a beer with him post-match.

Rugby
1 month ago
By Gary Connaughton
Watch: O'Driscoll And Dallaglio Speak Nothing But Sense On Saracens Mess
2