Robbie Henshaw is set for a significant spell on the sidelines, and it could rule him out of the start of the 2019 Six Nations. The Athlone-native recently missed Ireland's November Internationals, with the hamstring injury originally meant to have ruled him out for four-to-six weeks.

The Irish Independent are now reporting that the Leinster centre is set for a lengthier spell on the sidelines, and is not expected to return to action for another eight weeks.

The injury will see him miss the remainder of Leinster's Heineken Champions Cup pool stage matches, while he is also a major doubt for Ireland's opening Six Nations fixtures against England and Italy.

This latest setback is a major blow to both his province and country, with Henshaw suffering terrible injury luck in recent times. He missed most of the 2018 Six Nations campaign after suffering a shoulder injury in the win over Italy, a game in which had already scored two tries in the opening half.

He also had knee trouble after Leinster's Champions Cup Final victory over Racing 92. 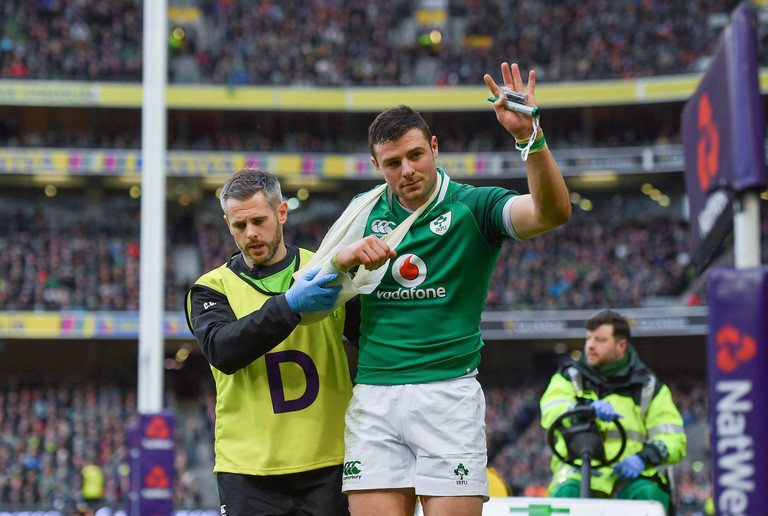 He has developed effective midfield partnerships with both Garry Ringrose and Bundee Aki, and is viewed by many as one of the key cogs in the current Ireland team.

With the 2019 World Cup on the horizon, injuries such as this one will be an unwelcome headache for Joe Schmidt. The Ireland coach will want all of his players available as the team seeks to make history in Japan, and any injuries will act as a disruption in his planning.