The most sought-after man in Irish rugby is on the move once again. This time, Ronan O'Gara is teaming up with the former Leinster and Ulster coach, Jono Gibbes, at La Rochelle.

According to reports in L'Équipe and RMC Sports, the former fly-half is due to leave the Crusaders in New Zealand at the end of the Super Rugby season to return to France.

The reports come after the club announced on social media today that Xavier Garbajosa, the teams's backs coach, will leave his position. The news follows only days after Garbajosa helped lead the side to the European Challenge Cup final in Newcastle last Friday night.

The French club currently sit in fourth spot on the Top 14, but despite making it to last Friday's European showpiece, they fell victim to an impressive Clermont Auvergne performance, losing 36-16. 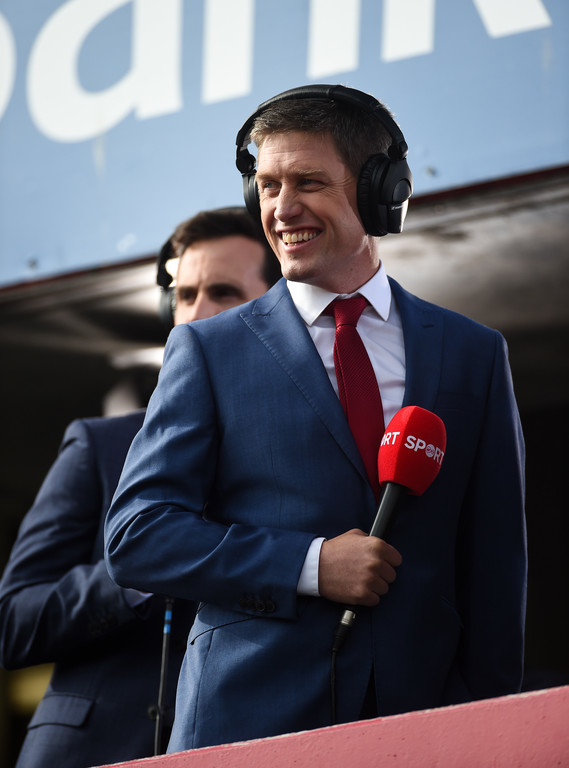 The former Munster man is expected to join the side at Stade Marcel-Deflandre on a three-year contract.

Previously, O'Gara worked with Racing 92 before heading to the other end of the world to further his career under the guidance Scott Robertson in Christchurch.

SEE ALSO: 'I Believe We Did Everything We Could' - Van Graan Laments Coaches' Exit

Rugby
10 months ago
By PJ Browne
'At The Minute I Don't Think It Was The Right Move For Either Party'
Rugby
1 year ago
By Gary Connaughton
Report: Ronan O'Gara Set To Join La Rochelle Coaching Staff
Rugby
2 years ago
By Arthur James O'Dea
Reports: Ulster's Jono Gibbes Job-Hunting Days Before Champions Cup Decider
Popular on Balls
GAA
11 hours ago
By Gary Connaughton
Confirmed: We Now Have An Official Date For The GAA's Return
11