Standing on the sideline as Ulster went toe-to-toe with Leinster on Saturday evening, some pessimism hit Rory Best.

An ankle injury, sustained just eight minutes into the Champions Cup quarter-final, had put him there. He played on for another eight minutes before realising that if his team was going to beat Leinster, they would need the full 15 on the pitch and not 14-and-a-half.

"I think the final straw was Leinster had a maul and I stayed at the edge of it," said Best on Tuesday at the launch of Specsavers’ ‘Don’t Suffer in Silence’ campaign.

"I went to hit it, as soon as I strayed off a straight line, I sort of pivoted to go and hit it, it felt like I lost all strength in that foot. I went in and I hit Tadhg Furlong basically on one leg, hoping that he didn’t throw me out the other side of it.

"It’s kind of one of those, you go down and you don’t want to be a passenger in a game like that, especially when we have somebody like Rob Herring on the bench, a fantastic player."

On crutches and in a protective boot, Best watched on as Ulster narrowly lost with a penalty from a cramped-up Ross Byrne being the difference.

You always play over the worst case scenario in your head: If I finish after the World Cup and don’t play a game for Ulster, is this how you’re going to be remembered? As someone who limped off after 16 minutes in quarter-final?

They’re the doomsday scenarios that rattle through your head. It does upset you. I’m not that emotional a person, but I remember leaving the hotel room in the Shelbourne to go to the France game, and sort of to think there ‘this is the last time I’m going to leave the hotel room to go to a Six Nations game at the Aviva’.

They’re the little things that you sometimes get a lump in the throat and it’s the same on Saturday. You just don’t know what’s going to happen.

Post-match, Leinster players gathered around him on the pitch to check on his well-being. The good news: he hopes to play again this season. That will be dependent on how far Ulster go in the PRO14.  If the season finishes after their final game of the regular season against Leinster on April 27th, then it's unlikely he will play. If Ulster make the playoffs, then he's confident of seeing action. 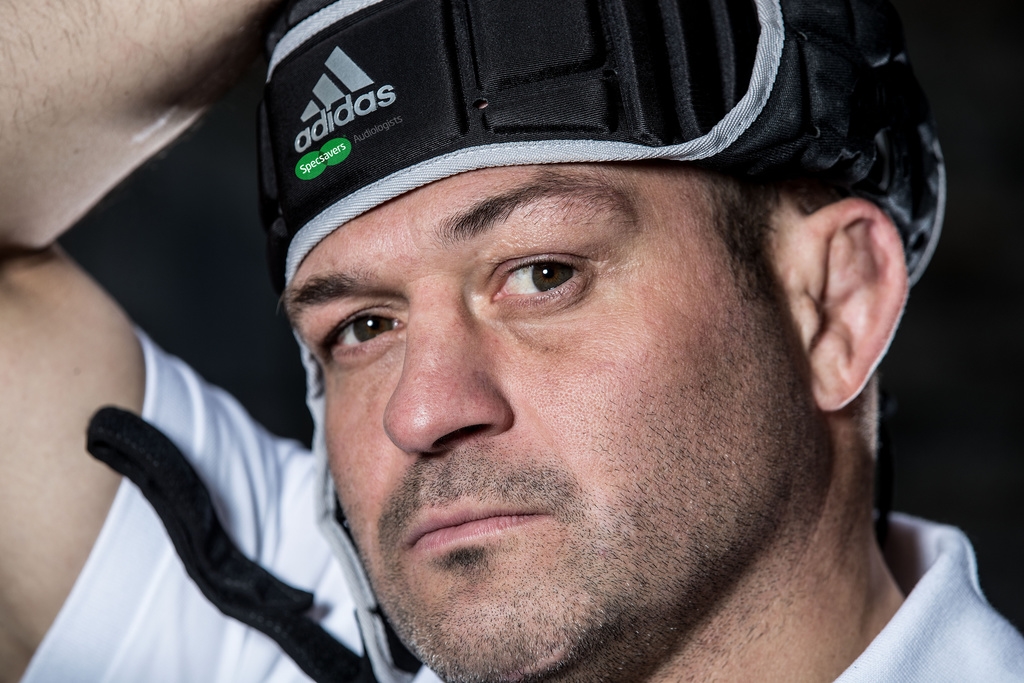 "Even the likes of Scott Fardy that I [only] know from playing against, for him to come straight over [was nice]," said Best, who also received a half-time visit from Johnny Sexton in the dressing room.

It's the great side of rugby and it's the side that you hope you don't lose. Even in victory and they're marching on to a semi-final, they still came over and had a bit of compassion to see how I was.

We went in at half-time and when the team went out, I got myself showered. While I was in the middle of doing that, Sexto came into the dressing room to see how I was.

Little moments like that... In white hot heat of battle and Johnny to be watching on - obviously hoping that his team go through and play in a semi-final - for him to have the time to come down and check how I was, it says a lot about rugby but also about Irish rugby and where we are at the minute in terms of the unity that we have and the compassion and respect that we have for each other as a group.

Regarding his future, Best is undecided. His mind changes hour-to-hour between playing on with Ulster for another season ane retiring. This week, or next, he will meet with Ulster operations director Bryn Cunningham and head coach Dan McFarland for discussions.

"I know that they’re relaxed because I don’t think it’s going to affect their signing policy. I think they’re very happy with the three hookers they have, and me. It’s not like they’re going to go out and replace me with a foreign player. So from that side of things, they didn’t put any pressure on me. It was always my intention to get back after the Six Nations, get settled in. The European game was such a big game for us, I didn’t want any distractions.

"It’s difficult because there’s days go by where you’re leading into that game and even the morning of the game and the pre-match meal and you’re wondering ‘why am I doing this?’ The nerves and everything around it, there must be an easier way of doing things. And then you get into the warm up and the atmosphere and the bus trip and they’re the moments where you go ‘this is why I do this, I want to keep doing this’. You just go through all these waves.

"When I heard that Jack McGrath was confirmed [to have signed for Ulster], that’s another one that makes you want to play, you want to play beside class players and Jack’s one of those. It just depends what time of the day you ask me to be honest!"

Above: Rory Best launches Specsavers Audiologists’ ‘Don’t Suffer in Silence’ campaign, that encourages Irish adults to take a more proactive approach to their hearing health. New Research reveals that almost half of Irish adults worry about losing their hearing. Rory is an advocate of proactive hearing health, gets tested whenever he suffers from hearing symptoms and knows first-hand what it's like to live with family members who have hearing loss.

Rugby
2 months ago
By PJ Browne
'I've Not Tried Lying About It. I Supported England Growing Up'
Previous Next

Rugby
2 weeks ago
By Gary Connaughton
Ian Madigan Agrees Deal To Return To Irish Rugby Next Season
Rugby
1 month ago
By Maurice Brosnan
Sensational Offload From Bright Ulster Prospect Epitomises This Ireland Team
Rugby
2 months ago
By PJ Browne
'I've Not Tried Lying About It. I Supported England Growing Up'
Popular on Balls
Rugby
21 hours ago
By Donny Mahoney
Watch: CJ Stander Sidesteps A Sheep
6

Football
21 hours ago
By Gary Connaughton
Quiz: Name Every Nation Republic Of Ireland Has Played Against
12