Leinster and Ireland back-row Sean O'Brien has been ruled out of the 2019 Rugby World Cup due to a hip injury which will require surgery.

The news was confirmed on Sunday, just a day after O'Brien lifted the Pro14 Trophy in Glasgow after Leinster's 18 - 15 victory in Celtic Park. 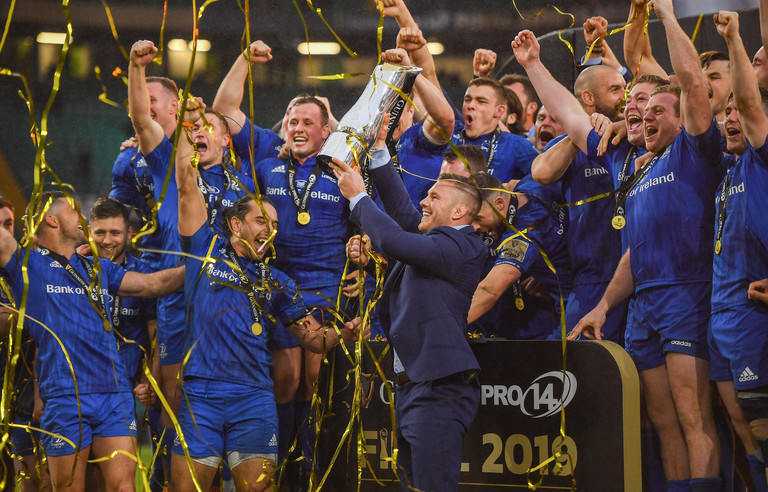 In a statement, the province confirmed that the 32-year-old is set for surgery in the coming weeks and will be on the sidelines for six months. It rules him out of the World Cup in Japan, which is now just three months away.

They also confirmed there were no other injuries after the Pro14 final.

Everybody at Leinster Rugby wishes Sean the best of luck with his recovery and of course with his move to London Irish later in the year.

Speaking after the final, captain Johnny Sexton explained why Sean O'Brien got to lift the trophy and said he would be sorely missed.

We wanted to make sure his last contribution wasn’t the Saracens game. His last memory now will be lifting the trophy, there’s not too many people who have lifted the trophy by themselves in Leinster.