There are just 54 days until Ireland's first game of the Rugby World Cup in Japan.

Balls spoke to former Ireland international Shane Horgan about his experience of World Cup build-ups, what Ireland can do better and his expectations for Joe Schmidt's side at the tournament.

Shane Horgan was speaking at the launch of Energia's The Power Behind Positive Energy campaign.

You went to two World Cups, is the build-up difficult?

They go into camp and come out for a bit and it's not too horrific - they're in Carton House. It can get a little bit monotonous but they have broken it up well and they do travel around.

It's fun but there's anxiety. You'd be in a training camp and there will be a lot of players there and you recognise not everyone here can go. If I'm not playing well I don't go or if I get injured I don't go. So there is that anxiety and that's sometimes where you see injury come from as well because there is a build-up of stress.

Do high public expectations, as your Ireland team had going into the 2007 tournament, put added pressure on players?

We were thinking things were going well. We should have won the Six Nations, we were playing good rugby and the team looked good. I thought, ‘This is quite a nice position to be in’ and it was unusual for an Irish team to be in it.

It's much more usual now and that's a big difference. The significant impact my generation have had on rugby was to make sure we never get confident going into a World Cup [laughs]. That's what we did for the nation.

On that, what's changed is that we were going in and Leinster hadn't won a European cup, Munster had; we hadn't won a Grand Slam, we hadn't beaten the All Blacks and [had only] won one game away to France really. We just didn't have the same level of success and background in sustained success like these teams ever since really.

That's hugely different. So they're more equipped with dealing with pressure and going into very big games or tournaments with huge expectations and delivering out the other side of it. The key players have done it time and time again. You'd think they're better equipped for it than we were [in 2007]. 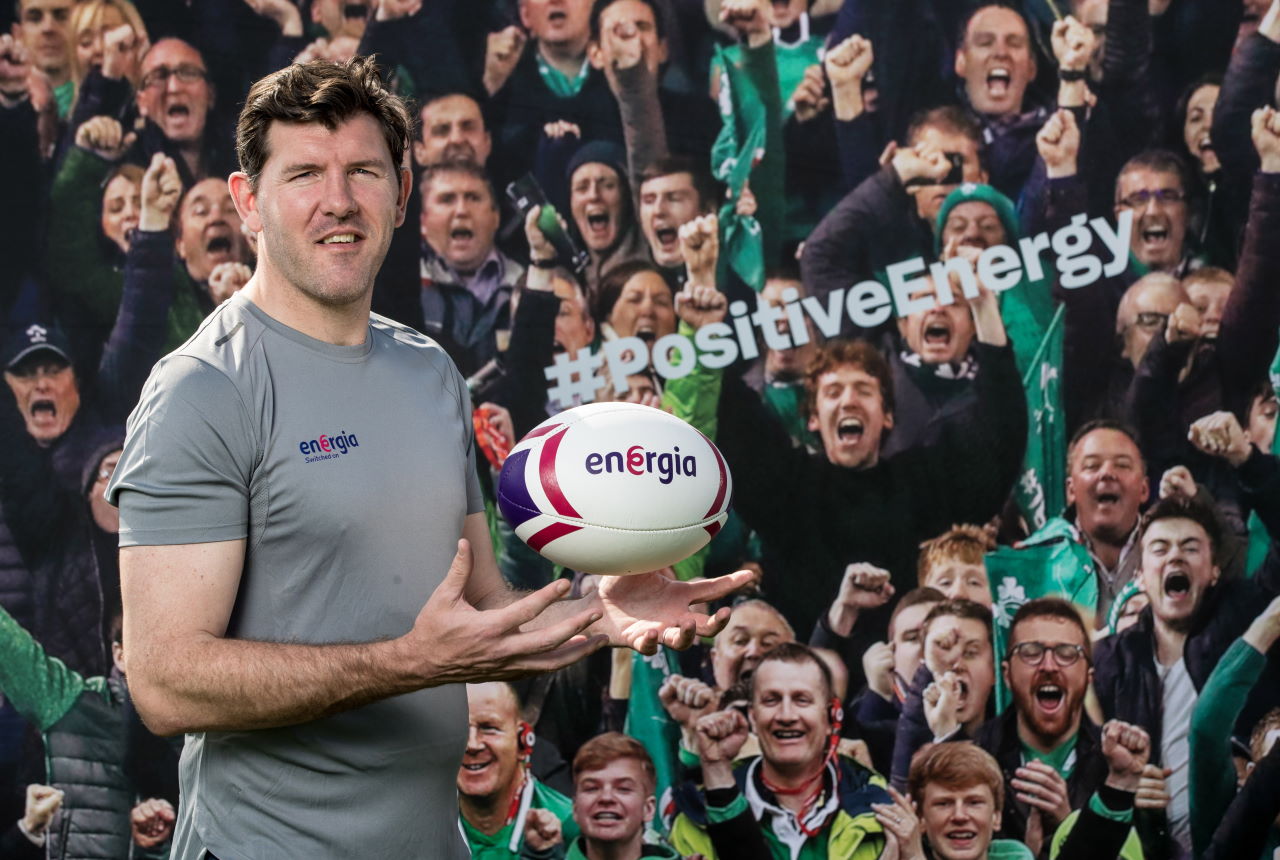 Irish rugby icon Shane Horgan is pictured at the launch of Energia’s new rugby communication campaign The Power Behind Positive Energy. When players harness the #PositiveEnergy of fans, they can achieve anything. Mandatory Credit ©INPHO/Billy Stickland

Do Ireland need to kick the ball more?

We just don't kick anywhere near enough. The way the defensive teams are playing now, they're forcing you into kicking the ball. It's not to say they're not covering the backfield at all. But we don't kick enough at the right time.

I know we were castigated for box-kicking too much. I think for Ireland, sometimes we overuse the box-kick and at inappropriate times but our main exit, let's say on the left-hand side of the field, is from a lineout, two passes and wide. That's what we've been using the most, it works really well.

I don't have an issue with the way we exit but it's the next third (of the pitch) is my big thing. We spend so much time putting ourselves in a worse position. We could have a setpiece and I don't think we are as incisive off setpieces as we were.

Sometimes they're almost doing a set-up play and then we get into a position where England have no one in the ruck, they're up off the ground after two seconds with a full line there. What do you do? How do you break that down? It's very hard.

Getting yourself into a better position, and a better position [again] - I don't think that happens by playing more phases, I think we're getting into worse positions. There's nothing wrong with playing the ball down into the opposition [half] or bouncing the ball out because generally, they kick back to you, you get the ball back and you're in a better position. I've been frustrated with how we overplay in the middle third. It can be used as a big momentum changer.

In the [England] game and the Wales game, their defensive line was the story of the game really. They dominated the narrative by knocking us back behind the gain line. I think we could have been in a better position by kicking the ball from different people. I like keeping the ball in hand but I believe one allows you to do the other.

Why do you kick to regather? You can't defend everywhere and if you have that big a line speed [from the opposition], there is space somewhere - you just have to get into those spaces.

Are there any tactical innovations that you think we will see in Japan?

Those two things [defensive line speed and kicking] were really significant this year. There was a period of relative stagnation for a couple of years in the way we saw the game being played.

Now, having had time to analyse the Six Nations, how do you pull together a gameplan to beat it because we were a little bit cold on it. Especially the way England defended in that first game: it was systematic, it's incredible fitness levels to do that as well, to not have anyone in the ruck. It was a proper [rugby] league, up, back, up, back.

You generally see a trait at a World Cup. The big one in 2007 was the kicking game and the kick and chase game that Argentina actually brought and South Africa had as well.

What are your expectations for Ireland at this World Cup?

I really don't know. They're not massive. That's just me, that's not saying they can't deliver but my expectations aren't that high because it's tricky.

Scotland are tricky. The group is tricky. South Africa are really good, New Zealand are good. They're not like New Zealand in years gone by but they're still probably favourites.

We don't have a history of running through a tournament and getting to a semi-final and final. Are they capable of doing more? Definitely. Are they capable of winning it? If you asked me a year ago or nine months ago, you'd think, 'Christ, yeah they could, there's a real path here, South Africa don't look too strong, New Zealand, we've beaten them. Wales, England, France are not much' and you're thinking, 'this is open'.

Things have narrowed a little bit in the last while, the New Zealand result looks a bit more isolated. England, France, Scotland, Wales - you wouldn't be confident going into any of those games really thinking we have the hex on them which we really had for quite a while.

South Africa for a long time I thought they're the sort of team we can beat and that we can beat at a World Cup. I think that will be a challenge, to beat them at the World Cup. That's not to say they couldn't but my expectations aren't super high.

It's momentum. Momentum is such a key part in this. You get some momentum and something really positive is going to happen. But you can see there are some flaws in our game that we mentioned. There's an opportunity to develop them and they will develop them during this time.

Ronan O'Gara: 'At The Minute I Don't Think It Was The Right Move For Either Party'