Ireland and Andy Farrell completed the perfect November with a trouncing of Argentina in the Aviva Stadium on Sunday. Just six days after that game, a number of the players involved will face each other at club level this Satuday as Leinster take on Ulster in the URC.

The return to club focus can often take a while after an international window, but a fixture like this is sure to speed the process up. What's also helped, in this the first season of another Celtic Rugby rebrand, is that this round of URC fixtures truly is a return to club rugby.

In previous years, the clubs, shorn of their top players, will have continued to compete - competing with both their opponents and international rugby. Sadly, these were games for the hardcore fans, and almost undermined a competition, given the lack of attention in those weeks.

Now, as part of the new structure of the URC, those clashes are no more. No fixtures have been set for the November or Six Nations international windows and the club scene is all the better for it. Fans of Leinster, Ulster, Connacht and Ulster are now raring to go, ready to see their province at their best in a league that seems to have found a new lease of life.

Munster will embark a mini-tour of South Africa, facing The Bulls on Saturday in their first home game as a member of the URC. Connacht welcome The Ospreys on Friday night to get the league back underway after a three week break. The main event though, from an Irish point of view.

Speaking to Balls on The Buildup with Ladbrokes this week, former Ulster and Ireland flanker Stephen Ferris talked up the important change, and mentioned that the players not involved with Ireland will have loved it too!

Looking back on it, I wish they had done this years ago, so I could go off to Dubai for a holiday.

I seen Ian Madigan was out of Tenerife, and a few of the lads were out in Dubai, drinking cocktails, putting the feet up. I was, like, 'flipping heck, that would have been brilliant at the end of my international career', and say, 'ah yeah, I'm not playing for Ireland, I'll just go away on holidays for two weeks.'

My wife was asking, 'are you not working tonight? Are Ulster not playing?' 'No, no, sure they're off for a few weeks.' 'What?! Why did not happen when you played?'

Stephen Ferris is jealous about URC games not being played during the international window.

I think it's been a great move. A lot more focus then on the international window. Everybody gets involved in that, and now that that's out of the way, and there's a line drawn until the Six Nations, we can all get our teeth stuck back into the URC.

I'm really excited. I think Josh van der Flier said in his post-match interview at the weekend that it's been a real joy to play with all of these players of the last number of weeks, but we can't wait to kick lumps out of each other this weekend.

SEE ALSO: Ireland's Best Novembers And How They Fared In The Following Six Nations 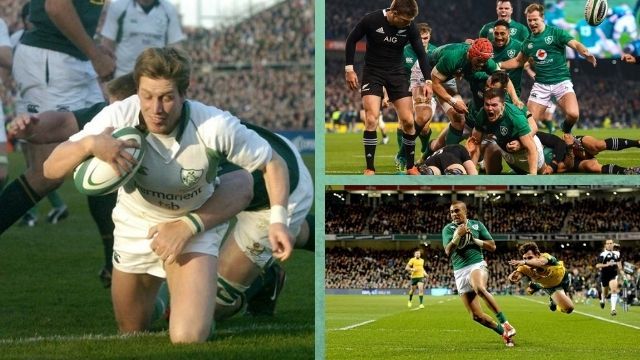