A game-winning play from a big-game player saved Ulster as they left the Rec with a 17-16 victory over Bath.

It was Jacob Stockdale who was Dan McFarland's star as the Ireland winger made an outstanding last-second intervention to stop a certain Bath try and ensure the one-point victory. 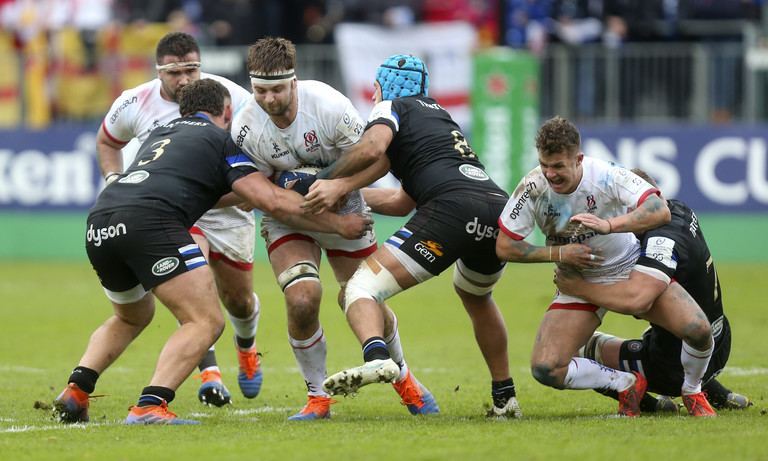 With the clock in the red, Ulster led by a point and thought they had won the game only to be penalised for a crooked lineout. From the resulting scrum, Bath worked their way deep into their Ulster territory. Girvan Dempsey would have been delighted with the attacking play that finally seemed to click.

However, Stockdale marshaled his defence up before working back to make a crucial read and intercept Zach Mercer's pass.

Incredible late drama at The Rec ?

Clock in the red, one point in it, Bath look to have the numbers out wide... And Jacob Stockdale comes up HUGE for Ulster! ?#HeinekenChampionsCup pic.twitter.com/VoQz7SL29G

"I think it shows the collective and how hard we work for each other to see Jacob get back and stop them in the corner," said John Cooney after the game. A superb start to their European campaign for Ulster.

SEE ALSO: What Munster Need To Do Now In Order To Take The Next Step