'Lonnacht' is the portmanteau word that rugby has been waiting for since Munster's golden generation ran out of puff about four years ago and the 'Lunsters' receded into history. Indeed, what makes the 'Lonnachts' a potentially more formidable force is the fact that they are in many cases joined by the 'Monnachts'.

The earliest known deployment of the word 'Lunster' came ahead of the 2009 Heineken Cup semi-final, a time when Munster were still perceived to be top dogs but the tide was about to turn.

A hurt Reggie Corrgian took to the pages of the Sunday Times to lambast these loathsome traitors. The practice of 'Lunsterdom' had often been defended by its adherents on the grounds that Leinster, in a rugby context, was really a synonym for Dublin.

South Dublin, to be more precise. But Corrigan proudly detailed the long list of Leinster players born outside of Dublin.

Of course, some of the more stubborn class warriors among the Lunster tribe noted darkly that pretty much all of these 'culchies' had boarded at a few well-known schools on the outskirts of Dublin.

Like many long lost tribes before them (the Incas...) the Lunsters vanished into history around the turn of the decade, as Leinster built a team for the ages. They reached the promised land under Michael Cheika and attained something not far off rugby perfection under Joe Schmidt.

However, not long after his retirement, a surprisingly angry Brian O'Driscoll let the 'Lunsters' know that he hadn't forgotten about their treachery.

The ‘Lunsters’, that was a huge frustration.

Speaking to Jarlath Regan on An Irishman Abroad, he went so far as to effectively single out two of the most prominent 'Lunsters' in the media, more or less identifying them as Ray D'Arcy and Hector O'Heochagain, the latter of whom could really be regarded as 'King Lunster'.

I'll keep him nameless, but he was a radio DJ that was from Kildare. I'm sure it won't be too difficult to work out. I remember hearing that he was going to support Munster in 2009 because they had more spirit and more passion even though he was from Kildare. Whatever about the guys down on the border, but Kildare is not that close to Munster.

That was a great annoyance to me.

There was someone else. There was another TV personality/radio DJ from Meath who also said likewise.

When asked later on on RTE whether any Lunsters had publicly repented before re-joining their native province, O'Driscoll almost laughed, saying, with more than a hint of disdain, 'no, they just come back to us and pretend that nothing had happened'.

It's fair to say that the word Lonnacht hasn't caught fire yet.

They supported Munster between the years 2000 and 2010 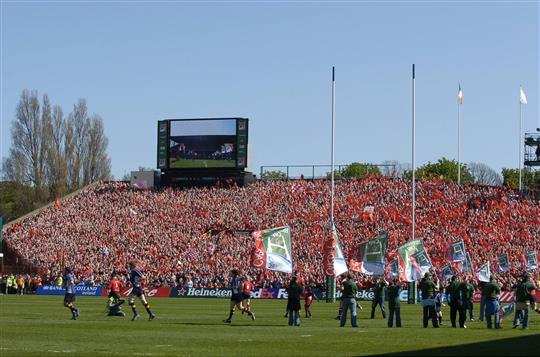 This is, in many ways, their key mantra this season. They are just so intoxicated by Pat Lam and the style of play that he has promoted in Connacht that it would be nothing more than joyless tribalism not to egg them onto victory this season.

They are primarily GAA fans

More than likely, they are from either the western fringes of the province (that's Leinster) or they are from a core Gaelic football/hurling area and rugby is relatively new to them.

When we say 'relatively new', they've been following the game for the guts of a decade and a half.

But they are emphatically not one of the 'alickadoos' (a word that means nothing to them) that have been filing into Lansdowne Road since Tony O'Reilly was tearing it up on the wing. Even Simon Geoghegan is a bit before their time.

Their ability of shift allegiances does not stretch to supporting the Ulstermen. In pub quizzes, the question 'who were the first Irish team to win the Heineken Cup?' will always trip them up.

As far as they're concerned the Heineken Cup began the year Munster beat Toulouse in France.

Read more: The Ironic Turning Point That Set Connacht Rugby On The Road To Better Days