2015 was certainly a mixed bag for Irish rugby. The first three months of the year went swimmingly – Ireland retained the Six Nations in a pulsating last day finale, and Leinster safely into the quarter-finals of the Champions Cup and playing some of the best rugby of the Matt O’Connor era. In fact, the only negative from that period was Munster’s dismantling at the hands of Saracens that January.

From there, the wheels slightly came off. Leinster managed to make the Champions Cup semi-final, but ultimately lost in extra-time and were soon looking for a new coach after failing to reach the Pro 12 play-offs. Munster made the Pro 12 final, but were humbled by a far superior Glasgow side. Connacht narrowly missed out on Champions Cup rugby for 2015/16, and Ulster had a season to largely forget after a meak exit to Glasgow in the Pro 12 semi-finals.

The disappointing Irish performance from the World Cup will be what’s most remembered about Irish rugby in 2015, but there were plenty of things to cheer, and lots of players stood out for periods of time. Here is the best XV of the year from Irish rugby – with consistency throughout the year preferred over a fantastic burst of form in a few short weeks.

It wasn’t a stellar year for Rob Kearney. His one-on-one tackling was brutally exposed, most notably against Argentina, and his counter-attacking threat was stifled under Matt O’Connor’s system. With a lack of Irish alternatives, it was noteworthy how much better Ireland and Munster looked when Simon Zebo was thrust into the 15 jersey, and given the time and space to create. 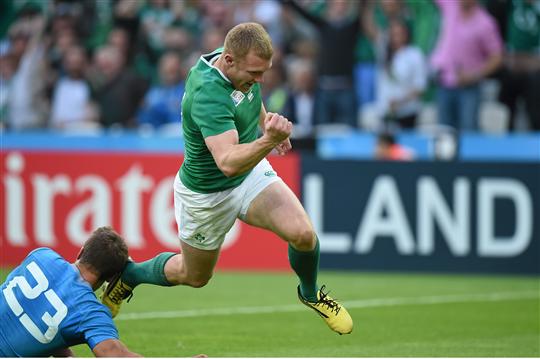 Pre 2015, I was not a Keith Earls fan. I’ve been converted. Since his return from injury in January, Earls has delivered consistently on his potential. He’s looked like one of the most threatening players in Ireland, and his defensive abilities have been significantly improved. His form from January until the World Cup was outstanding.

The rest of the rugby playing world now knows about Robbie Henshaw, that’s for sure. Ireland didn’t miss some man named Brian in the centres – as the 21-year-old reached new heights in 2015 in a break-out year. He starred in the spring tournament, most notably in leaping over Alex Goode to score a try – but he was also outstanding in his two World Cup games.

The Ulster centre hasn’t just been good this season, but for the full year. His form has been improving throughout 2015 – and the 6'4'' centre will give Ireland a new weapon that they haven't had before - a skillful battering ram. He simply must be involved in Joe Schmidt's plans in 2016 and beyond. 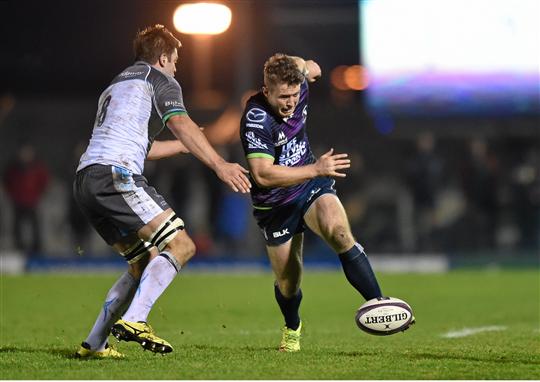 Definitely the stand-out winger from the whole year. His finishing, ability to create something out of nothing, and his improved defensive positioning are three big reasons for Connacht's 2015 success. Dave Kearney may have played better from August to October, but Healy's 12 months was better than anything anyone else did.

There still isn't too much competition for Sexton's spot. Jackson's form post World Cup is impressive, but injuries hampered the first half of the year. Madigan is still stuck as second choice at Leinster, while Ian Keatley's great start to the year has been completely undone in the last few months, he'll bounce back though. Sexton, for all his woes at the moment, was a big reason for Ireland's second Six Nations victory. He was even getting praise for his World Cup form. It's not unusual for players to dip post World Cup - he's had a demanding few years, and will get back to his best.

As Eoin Reddan and Isaac Boss wind down their careers, and Kieran Marmion adapts to putting in his impressive performances on a more consistent basis - there is no Irish scrumhalf capable of matching Conor Murray over a year. He is probably the most important player to Munster and Ireland right now.

It's not even close. If the Lions test team was being picked today, it would be an outrage if McGrath wasn't the loosehead. He was the starting loosehead prop for four of five Six Nations games, and the starting prop in the World Cup. His form was far superior to Cian Healy's injury ravaged year, and if McGrath isn't the starting no. 1 for Ireland in the first Six Nations games barring injury we'll be shocked. A mention for the ridiculously good year Connacht's Denis Buckley had. 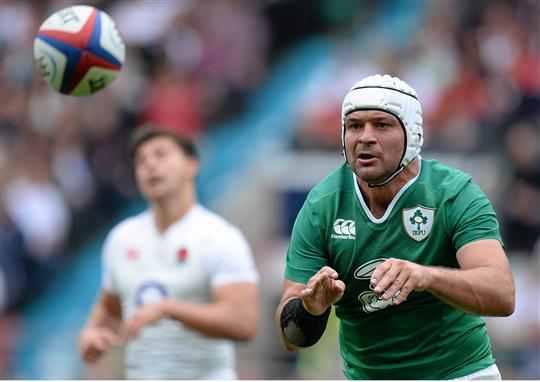 Being the standout hooker in Ireland isn't the fantastic compliment it once was, but you could probably say that no Irish international has had a more consistently good year than Rory Best. He still stands out in bad Ulster or Ireland performances and is a serious contender to be the next Ireland captain.

The year started off badly for Ross who was completely dropped from Leinster's European Cup games for Marty Moore and Tadhg Furlong. But the manner that the 35-year-old responded and held the two youngsters in check for the rest of the year was magnificent. He's still the cornerstone of Irish rugby.

Iain Henderson was the Irish player, like Sean O'Brien in 2011 that announced himself as world class. Henderson was a colossus, smashing into everything and anything when he had the ball and when he didn't.

Irish rugby is a poorer place without O'Connell. Teams are better when he's in the lineup, even if he's playing badly. We'll miss his presence.

The future Irish captain had another strong year as he continues to grow. He looks a lot more comfortable with the Munster captaincy duties, and it's very clear that Munster are struggling without his leadership and breakdown ability.

It was an injury plagued year for Sean O'Brien and Chris Henry; whilst Connacht's pair of impressive openside flankers aren't Irish qualified yet. That leaves Munster's Tommy O'Donnell as the sole candidate. We can't know how close he was going to be to Schmidt's world cup squad, but it looked like it was going to be a really tough decision based on his previous eight months. It's great to see him back in training. 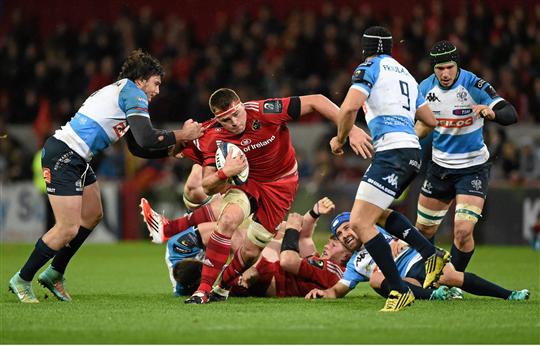 What can you say about CJ Stander that hasn't been said already? Seriously, it feels like the Irish eligible backrower has won more man of the match awards than the rest of the Munster team combined in 2015. That's really all he needs to make this XV.

Rugby
2 years ago
By PJ Browne
IRFU Confirm That Jack McGrath Is Joining Ulster
Rugby
2 years ago
By Balls Team
Report: Jack McGrath Closing In On Move Away From Leinster
Rugby
3 years ago
By Maurice Brosnan
'That's Bollix' - Jack McGrath Refutes Claim Sexton Gets Special Treatment
Popular on Balls
Rugby
2 days ago
By Colman Stanley
Keith Earls Shares Story That Captures Andy Farrell's Decency
Football
2 days ago
By PJ Browne
'If He Continues With Performances And Goals Like That, Stephen Kenny Will See It'
Football
2 days ago
By Eoin Harrington
Quiz: Name Every Player To Score In A Champions League Final
Football
1 day ago
By Gary Connaughton
Portsmouth Likely To Retain Gavin Bazunu This Month Despite Championship Interest