The Greatest Beard In Irish Sport Is No More

At a time of year when many men are making the effort to grow out their facial hair, Connacht captain John Muldoon has opted to go against the curve.

The former winner of the Balls.ie beard of the year is known for his beard (as well as his solid as a rock status on the field) but alas, for now, the beard is no more. Muldoon has opted for the clean shaven look ahead of the historic fixture against Cardiff Blues this weekend which sees him become the first person to play 200 domestic games with his home province.

It's not the first time he's opted to whip out the shaving cream but that doesn't mean we're not allowed to mourn our former champion every time it goes the way of the razor.

Given our love of the hirsute individual, it will come as no surprise to learn that we are very sad to see the beard hit the barbershop floor. However, the good news for Muldoon is that he's still in with a chance of regaining the title he won in 2013.

You can see this year's bracket here.

The 2015 Balls.ie Beard Bracket Is Here - And We Need Your Votes

Here's a reminder of how Muldoon marched to the much coveted crown back in 2013. 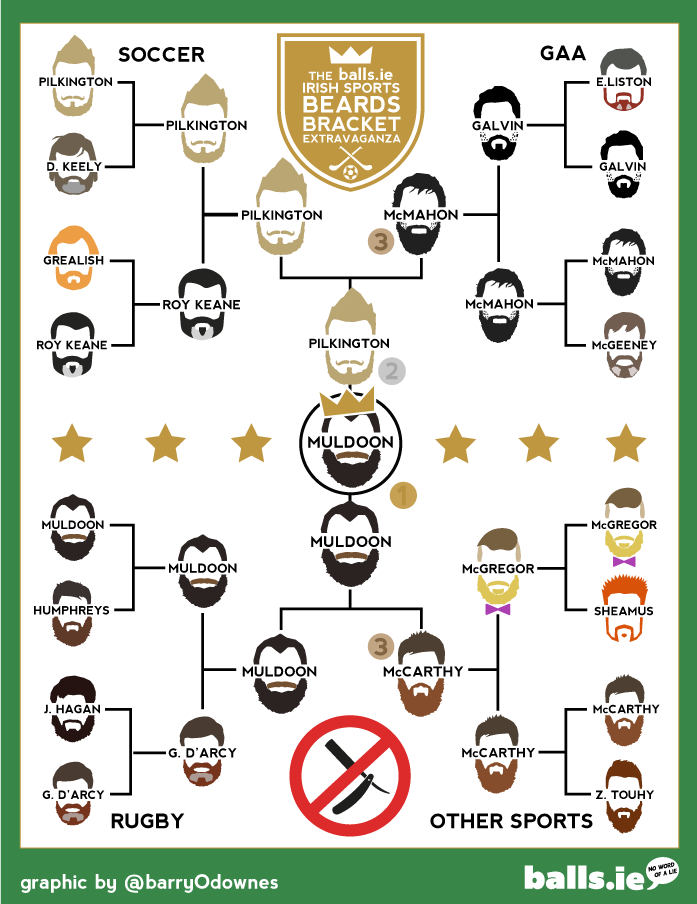 Rugby
3 months ago
By PJ Browne
'It Was So Unhealthy, I Had Screenshots Of What This Person Said On My Phone'
Previous Next

Rugby
1 month ago
By Michael McCarthy
Connacht's Greatest Day Leads An Extensive Eir Sport Gold Lineup This Week
Rugby
2 months ago
By Balls Team
Connacht Announce Limited Edition 'Heroes' Jersey In Aid Of Charities
Rugby
3 months ago
By PJ Browne
'It Was So Unhealthy, I Had Screenshots Of What This Person Said On My Phone'
Popular on Balls
GAA
21 hours ago
By PJ Browne
Former Cork Footballer Kieran O'Connor Has Died Aged 41
22