Both Tommy Bowe and Adam Jones believe that the recent uncertainty regarding the future of the Ospreys and Scarlets will have had a 'galvanising' effect on the Wales team rather than a destabilising one.

In the build-up to last weekend's game against Scotland came word of 'Project Reset', a revamping of the Welsh regions which included a merger between the Ospreys and Scarlets. There were subsequently fears regarding the security of players' futures. Both sides have since said that the merger is 'off the table'.

"That's what Welsh Rugby is like," said Welsh legend Adam Jones ahead of this weekend's Guinness Six Nations game between Wales and Ireland in Cardiff which could see the home side win the Grand Slam.

Even with all the stuff that went on throughout my career you get used to it. You learn that's what happens. It wouldn't affect the boys really. They probably know a lot more than they let on so there's probably a lot less pressure that way.

They've got a strong group of boys like Alun-Wyn [Jones], Ken [Owens], Jonathan Davies that can calm people down with the hysteria, especially with the younger kids who are all about Twitter and Instagram, reading stuff on there.

It's not the first time Wales have come out with these sort of bombshells a couple of weeks into something.

"Certainly the way Wales played in the first half [against Scotland], I thought they were outstanding," continued Jones, who spent nearly a decade with the Ospreys.

"It looked like men against boys at times, for me.

"To be fair to Scotland, they came back in the second half but that was nothing to do with the off-field stuff. Wales didn't come in at half-time and think, 'Ah shit, what's happening with the regions now?'

"If anything, it's galvanised them. I can't imagine it bothers them [too much]. Deep down, maybe a bit. You've got to park it, that's Welsh rugby, stuff like that happens." 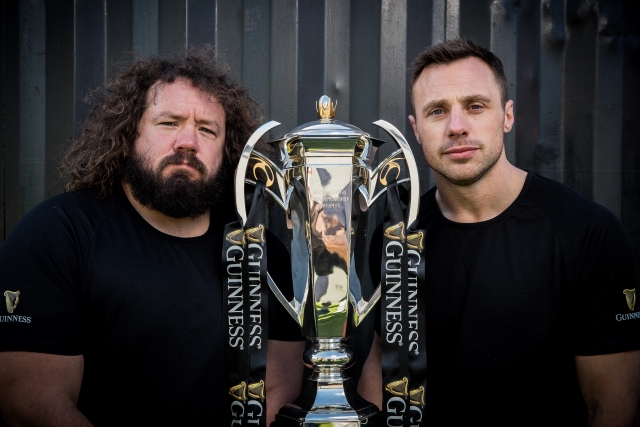 Tommy Bowe spent four years with Jones at the Ospreys. News of the possible merger concerned the former Ireland international - he still has friends at the team.

"As players you can see that around the Welsh team it's almost galvanised them that they're sticking together in adversity - it almost pulls them together.

"For the Welsh team, it's incredible that they're on course for a Grand Slam given what's gone on.

"The clubs are so strong in Wales - the likes of Swansea, Neath, Bridgend.

"I think that in Wales there's always been that little bit of friction. When I was there the crowds were never huge [at Ospreys games], they were growing and growing but there were thousands of people turning up to watch their clubs play. That was their true club.

"I think in time the Ospreys and the different regions have become a bit stronger and they're (Ospreys and Scarlets) 20 minutes away from each other. It is a bit hard to distinguish them but maybe something will happen in the future."

Former Irish International Tommy Bowe and former Welsh International Adam Jones caught up over a pint of the black stuff ahead of this weekend’s highly anticipated final round of the 2019 GUINNESS SIX NATIONS Wales v Ireland fixture. Despite playing against each other for their respective national teams, Bowe and Jones have also played as team mates, putting national rivalries aside during their time at Ospreys and whilst wearing the British and Irish Lions jersey. The pair discussed their old rivalries at international level, their shared time as team mates, and how their great friendship, born through sport that unites them on and off the pitch, continues to thrive since their retirements.