The 6 Most Underrated Leinster Performances In Modern History

Donnybrook Stadium, and latterly the RDS, has been the place to go for flowing, sexy rugby for many years now, but it is only in recent years that Leinster have received their due from the broad sweep of the general public.

Here to right that wrong, here are some of the finest Leinster performances that remain undervalued by the public, with performances from the eras of Nathan Spooner and Felipe Contepomi to the fore.

NOTE: This is modern history, aka, post-1995. We're sure Ollie Campbell, Willie Duggan and co powered Leinster to many a glorious victory in the inter-provincial championship in the early 1980s but detailed accounts of these displays are scanty.

After a few underwhelming years at the end of the 1990s in which Leinster made little impression at the business end of the European Cup, they emerged strongly in the early 2000s under the direction of Matt Williams. 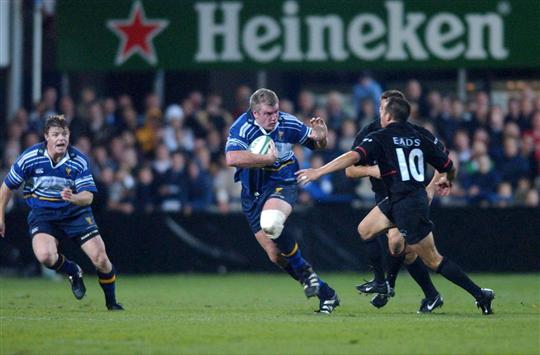 In September 2001, they beat the aristocrats of the French game on an eye-watering 40-10 scoreline. The game was played a week after Ireland were knocked back by Scotland in the foot-in-mouth delayed Six Nations game.

Brian O'Driscoll burrowed through a ruck for the opening try, Malcolm O'Kelly showed great mobility to get in for the second, while late on, O'Driscoll and D'Arcy went over to decorate the scoreline. Out-half Nathan Spooner was inspirational figure throughout.

The inaugural Celtic League season is often referred to retrospectively as the 2001-02 season, though the competition was done and dusted by New Years Eve 2001.

The final was televised on both RTE and BBC and was accompanied by a modest degree of hoopla. 35,000 fans descended on Lansdowne Road for the December 15 showdown.

Such a crowd would have been unheard of in the inter-pro era when only the die-hards were enticed down to Donnybrook or Dooradoyle on bleak winter evenings.

The Leinster-Munster rivalry hadn't quite hardened into the box-office draw it later became, but Munster were already the romantics' favourite, having lost narrowly in the 2000 Heineken Cup final. That year, they reached the 2001 semi-final, only to be robbed by a crude refereeing error against Stade Francais.

However, despite being down to 14 men for most of the game, Leinster's irresistible backline ripped through Munster in the second half, with late tries from Gordon D'arcy (then a winger with blonde highlights) and Shane Horgan proving decisive.

Even during their fallow years, Leinster were capable of pure brilliance. From the forgotten Gary Ella era, Leinster demolished Biarritz in the pool stages of the 2003-04 Heineken Cup. 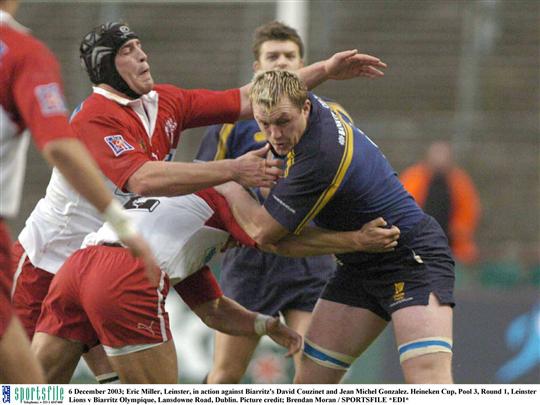 Shane Horgan was the central figure, scoring two tries and picking up the man of the match gong. Eric Miller and lock Ben Gissing added more colour to the scorecard with tries in the second half.

The kind of victory on which Leinster's reputation was built. An all-singing, all-dancing performance in a must-win game in the Recreation Ground.

O'Driscoll and co scythed through the Bath backline on the way to a 35-23 victory.

It was Leinster's third time to reach the European Cup semi-final. They reached the semi-final in the inaugural season - a modest achievement given the absence of the English clubs - and then again in 2002-03.

But it is their third appearance, with Cheika at the helm, that has lived longest in the public memory. Partly on account of the big loss to Munster in the last 4 but also because of the stunning performances away in Bath and Toulouse en route.

The 2007 Heineken Cup Final was largely ignored in this country and is now almost totally forgotten. Sandwiched between Munster's triumphs, the final pairing seemed almost designed to produce apathy on this side of the Irish Sea.

Wasps v Leicester in Twickenham. Try and sell that one. People managed to miss the surprisingly heavy Irish involvement in that decider, with Eoin Reddan scoring a try for the winners, and Leicester containing three Irish starters.

Leicester may have lost but they were a formidable force. In the opening game the following season, they were humbled by Michael Cheika's boys. A vintage Felipe Contempomi performance.

Because Munster picked up a second Heineken Cup title and Leinster were dumped out in the pool stages, this season is typically adjudged a failure. However, Leinster eased their way to their second Magners (Celtic) League title in 2008.

A pure league format, there was no playoffs at the close of the 'regular season'. Leinster picked up the title after utterly mauling Newport on one of those celebratory May days in the RDS.

It was also the great Keith Gleeson's last game for Leinster.