Where To Watch Toulouse Vs Connacht? - TV Details As Connacht Travel To France

Connacht travel to France to take on Toulouse this Saturday and will be second favourites to come away with a victory. Here is all the information for anyone wondering where to watch Toulouse Vs Connacht.

In total, the two sides have faced each other six times in European Competition, with Connacht only victorious twice compared to Toulouse’s four wins.

Both teams got this year’s Champions Cup off to a good start with each coming away with victories in their first game. Connacht came out on top against Montpellier winning 23 - 20, while Toulouse won against Gloucester 25 - 20.

Where To Watch Toulouse Vs Connacht?

Toulouse vs Connacht will be broadcasted live BT Sport Extra, coverage will begin at 12.30 pm.

Connacht will be travelling to the Stade Ernest Wallon where the match will take place.

What Time Is Kick Off?

The match will kick off at 1 pm on Saturday, 23rd November. 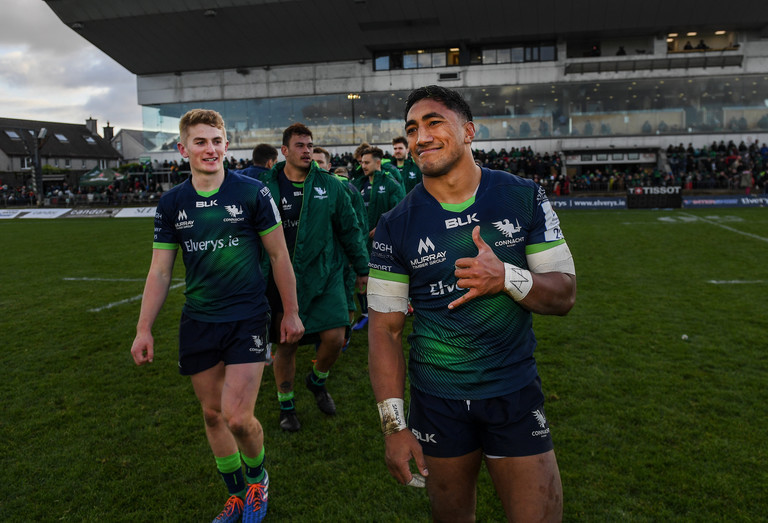 Connacht will be without second row, Cillian Gallagher, who picked up a shoulder injury in the previous match against Montpellier and they will also be missing a total of sixteen other players due to injury, some of which include captain, Jarrad Butler, and key players such as Tiernan O’Halloran and Kieran Marmion.

After the victory against Montpellier, manager Andy Friend discussed the challenges they would face into the build up to the Toulouse game.

Unlike most teams, we don’t charter flights so we’ll be leaving on Thursday afternoon, catching a flight on Friday morning and getting there in the afternoon.

It was interesting, I bumped into a Munster man this morning who was over at the Ospreys game and he was having a coffee at Knocknacarra coffee shop at 9.30 in the morning. I was thinking that we wouldn’t get back until 6 in the evening.

We don’t have the luxury of doing that but in a weird way, that’s actually what builds this team. It makes you have character. You’ve got to have character and get on with things and when things don’t go your way – like injuries leading up to a game – it doesn’t bother you.

Rugby
4 weeks ago
By Gary Connaughton
Watch: O'Driscoll And Dallaglio Speak Nothing But Sense On Saracens Mess
2