The reality of refereeing is that it is a requirement for the game but not a favoured part of it. Wayne Barnes laughs at this fact, he understands it better than most.

"My job is never going to make me popular," he tells Balls.ie's rugby podcast, World In Union, at the preview of the World Cup 2019 with Emirates.

I am a referee. If I was here to be popular I probably wouldn't be doing this job. All I want to do is give the players the best chance of performing. If you are respected by your peers and by the players, you have probably done a decent job. 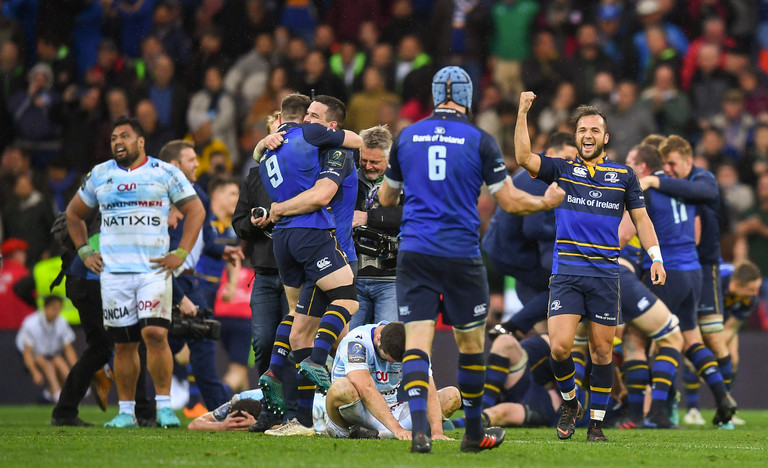 "That was pretty special. I refereed the Leinster vs Racing game. The final in Bilbao in 2018. The game finished and we were in my changing room with the team of officials just sitting there having a bit of a debrief.

"All of a sudden there is a knock on the door, ten minutes after the game. 'Yeah, come in'. Never quite sure who is going to be knocking on your door after a match. It was Donnacha, playing for Racing at the moment. He came in and said 'Barnsey. Well done. Congratulations.' They just lost and he had a couple of beers.

"Sitting there having a beer, Donnacha joins us and all of a sudden there is another bang on the door. Who is this? This time Tadhg Furlong puts his head through and he said to Donnacha 'what are you doing here?' Donnacha said 'I brought the lads a beer' and Tadgh replied, 'so did I!'

"It was quite nice at the end of the match. Donnacha in his Racing kit, Tadhg in his Leinster kit and the referee sitting there having a beer."

For Irish players, fans and pundits, they will be reacquainted with Barnes once again later this month when he takes charge of Ireland vs Scotland. Hopefully, a cause for further celebration awaits.

To listen to the full podcast, which includes the Wayne Barnes interview and a discussion on Garry Ringrose's position and a detailed look at the style of rugby we will see in Japan, search Balls.ie on all good podcast platforms or click here.

SEE ALSO: Player Ratings As Ireland Head To The World Cup Ranked Best In The World