It really is a testament to the man that, on the other side of the world, a national newspaper is dedicating a large portion of their front page to Jonah Lomu. His influence around the globe was such that his passing really needed to marked in a suitably grand way.

The Irish Examiner have fairly hit the nail on the head in that regard. 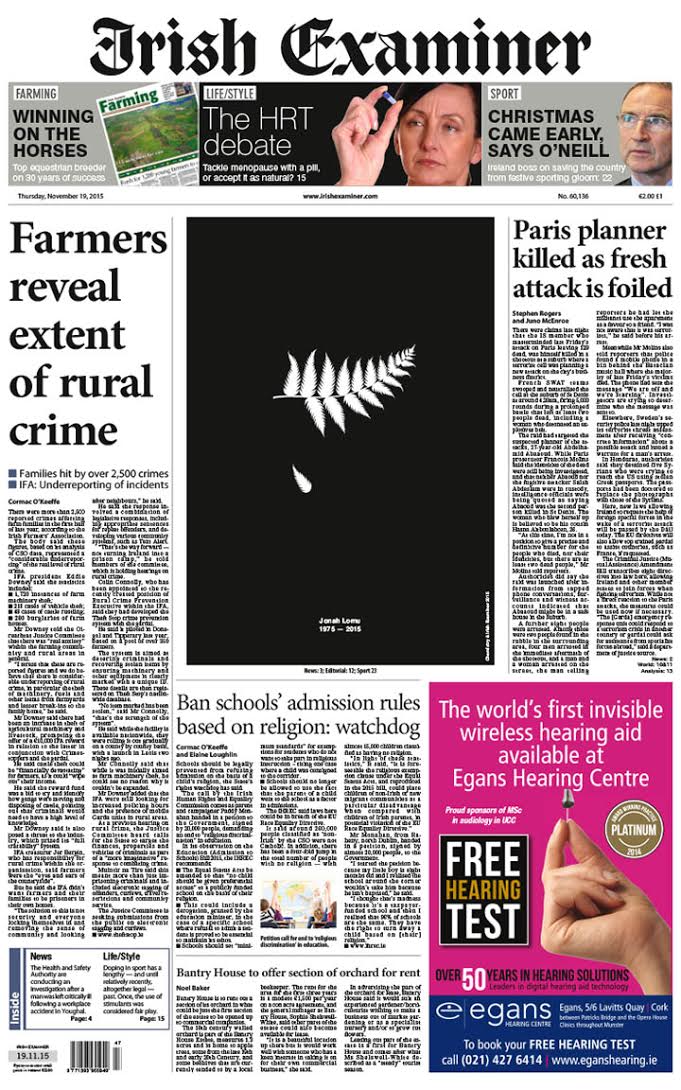 Unsurprisingly, the tribute is gaining a lot of love back in Lomu's homeland.

@irishexaminer Nobody does poetic sorrow quite as well as the Irish. Respect, from NZ.

@irishexaminer That's a tremendous compliment. Thanks from a kiwi. — Mark (@MarkSReynolds) November 19, 2015

@irishexaminer wow, seeing your front page just gave me goosebumps as a #kiwi, such a moving tribute on a global scale. — DJ SUNIL (@sunil_DJ_sunil) November 19, 2015

@irishexaminer @jcolemanmp a sad day here heartfelt thanks from a kiwi you're the kindest people — andrew john wilson (@andrew03069596) November 19, 2015

Great touch from the Examiner.