The anger that greeted the leaked World Rugby 'World League' proposal last week was by no means an isolated incident. For years, the consistent blot on the sport's copybook has been the systematic and detrimental disregard of Tier 2 nations.

Consider the Six Nations steadfast refusal to even discuss the prospect of promotion and relegation. 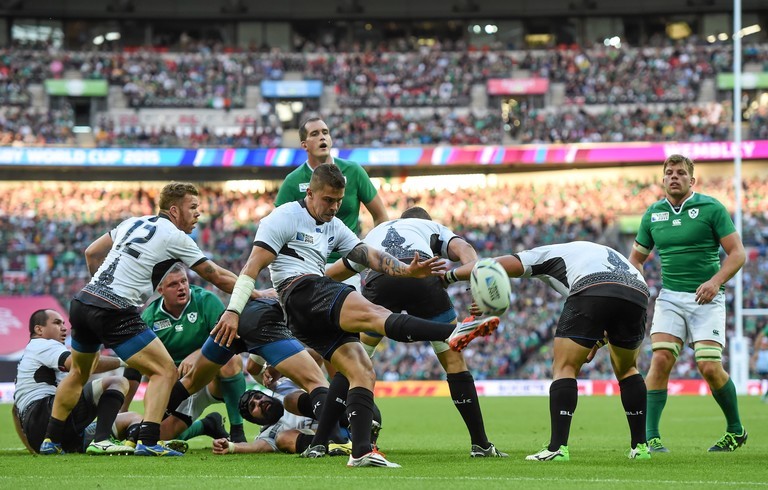 Their only avenue for growth is revenue, their greatest avenue for revenue is games, yet Tier 1 nations are disdainfully reluctant to grant them. Heaven forbid they were to actually visit a Tier 2 nation.

The Pacific Island trio have tirelessly sought to resolve the scandal, but in 2016 were denied places on the World Rugby council. They are granted a minimal say under Oceania Rugby's two votes of a total 48. This includes nine other Oceania Rugby nations. In comparison, Ireland has three votes.

Speaking to Balls.ie, Leo stresses that it's time for the game to recognise the Pacific Islands immense contribution. "Pacific Islands bring a lot to the game, not just in terms of the numbers we bring to World Cups, over a ¼ of players are of Pacific Island origin."

25% of professional players worldwide are of Pacific Island heritage. That is pretty well known. What we bring to the game as a whole, we enforce our own rugby values. Solidarity, respect, playing a game with a smile on your face. Pacific Islanders bring a lot of names but beyond that, the impact Fiji winning gold at the Olympics had on the sport. Samoa beating Wales in 1911… pivotal moments.

It is now a multi-million-pound industry and we have been at the heart of the creation of that. To even discuss being pushed out now was a kick in the teeth. Just a sadness I guess, that’s where the sport is. It’s moving away from any traditional values. Towards more of a commercialised model. People say that’s where it has got to go, but you'd like to think you can do it with the values we love about the game.

Leo represented Samoa at two World Cups before departing in explosive circumstances. Mass financial mismanagement by the union forced players to revolt and threaten to strike if accountability was not introduced. Significant funds were raised but how had they been spent? It was collective action based on one sole value.

'You have to be faithful with the little you are given before you can ask for more.'

It's now time for more.

The burgeoning rugby nations of Japan and USA do not represent the game's expansion as much as it is commercial proliferation. Bold new markets full of attainable broadcasting and advertising riches. Pacific Island nations do not possess such potential. The question is, should this matter? 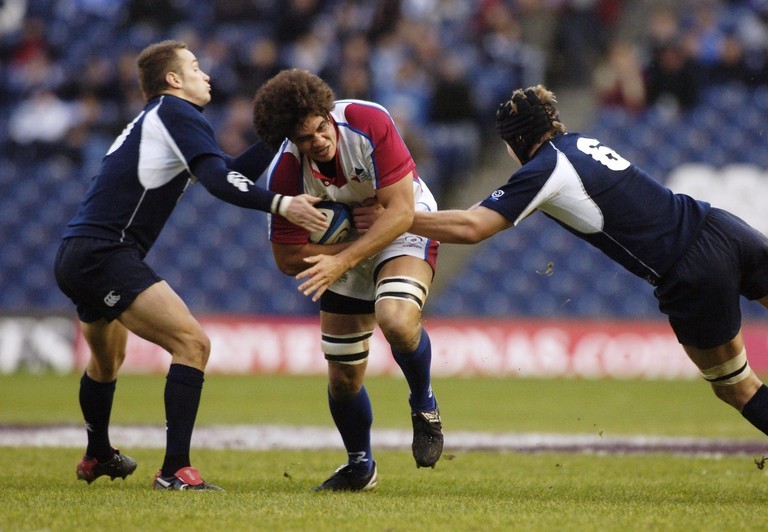 Is this about sport or business? Leo's not so sure anymore.

"We will never have that commercial viability that the guys at World Rugby are looking for, if that’s what they’re interested in. It will never be a massively profitable area of the world but we do bring so much more in terms of an audience to the world game and we should be recognised for that.

"A lot of public support is there, we are part of this game and always have been. We are part of the fabric of it, and hopefully will be going forward to the future."

This week, World Rugby clarified that it did want promotion and relegation in its 'Nations Championship', but only in years where there is not a Lions tour. Furthermore, it is not direct but via a play-0ff, a scenario Leo feels will lead to maintaining the status quo.

There has to be a clear pathway. Not just Pacific Island sides, but the rest of the Tier 2 nations as well. To be able to get into a top echelon of the game. Even with that promotion and relegation, If you are in a second division, the sides you are meeting is no preparation to play the All Blacks, Ireland, South Africa in the next year.

You can't expect to be beating Spain, Portugal and Romania to go up and play Tier 1 nations in a year. It creates divisions and a widening of a gap that already exists.

In the case of the Pacific Islands, their impact on the game has been seismic. Yet it could soon dwindle. Other codes are circling, with the recent Australian government grant of  $40 million for the promotion of rugby league just one example of this trend.

"The Pacific islands are being swarmed now by rugby league agents, NFL clubs are now coming and running scouting set-ups. In Tonga and Western Samoa as well. The sharks are circling and just waiting for an opportunity. It is a real crossroads for our sport and our islands." 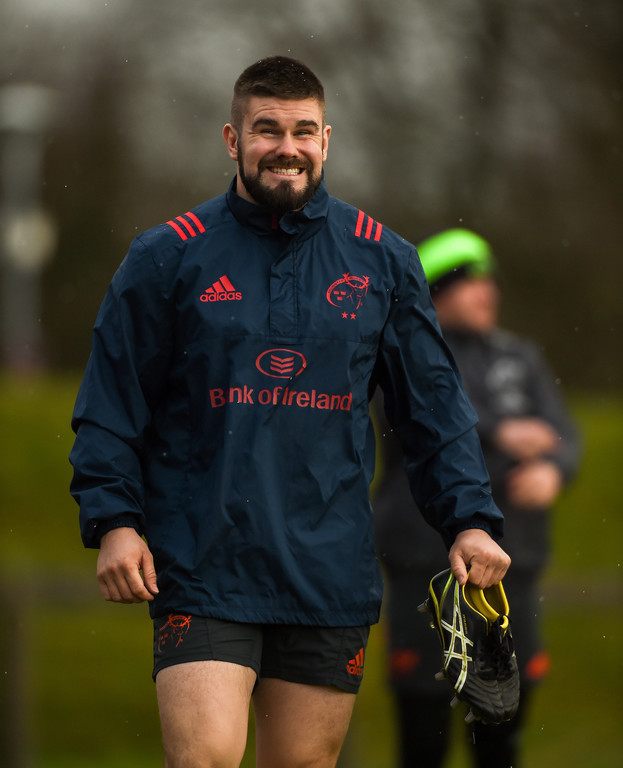 In Ireland, much focus has fixated on player welfare concerns due to back-to-back games and long-haul flights. However, for former Munster hooker Duncan Casey, this is not the main issue.

Casey left his boyhood province for Top 14 club Grenoble last season. In France, he met a swath of Pacific Islanders and quickly learned of the plight his team-mates faced.

There is very little I would have known about it before moving over here. I played with Francis Saili, Casey Laulala, I had trained with Doug Howlett but it wasn't as big.

I had come across lads but never really knew much about Pacific culture or anything like that. The Pro14 doesn’t have a huge percentage of Pacific Islands players compared to France. It was only really coming over and actually speaking to guys who had grown up in New Zealand from Polynesian backgrounds or actually chatting to guys who had come directly from Pacific Islands like Fiji and Tonga. We've a guy who is the only professional player to ever come from Tahiti.

The treatment of them leaves a lot to be desired. It was quite shocking, to be honest. It made me open my eyes.

The main issue comes down to exploitation. For a large cohort, there is no pathway to professional rugby in their domestic nation. They're forced to leave, when they leave they carry with them pressures to provide from those left behind. It's a vulnerable position often abused.

After pausing for a brief sigh, Casey details the difficult choice players are faced with.

"What you find a lot is guys come to France having played Mitre 10 Cup, they come up as injury cover or get a short-term contract.

"At the end, they might be offered something that isn’t very strong but Mitre 10 Cup is only six months of the year, so they are working manual labour for the other six months. It’s a choice to be a full time professional or semi-professional even if money isn’t great.

"They just hope it might lead to something more sustainable down the line. That can happen, there are plenty of guys earning good money in Europe. But initially, guys can be taken advantage of.

"I’ve been able to see the quality of player those countries can produce, there is obviously structural issues in play that prevent them kicking on and competing but there is neglect of the need of Tier 2 nations when we discuss something like a World Rugby League." 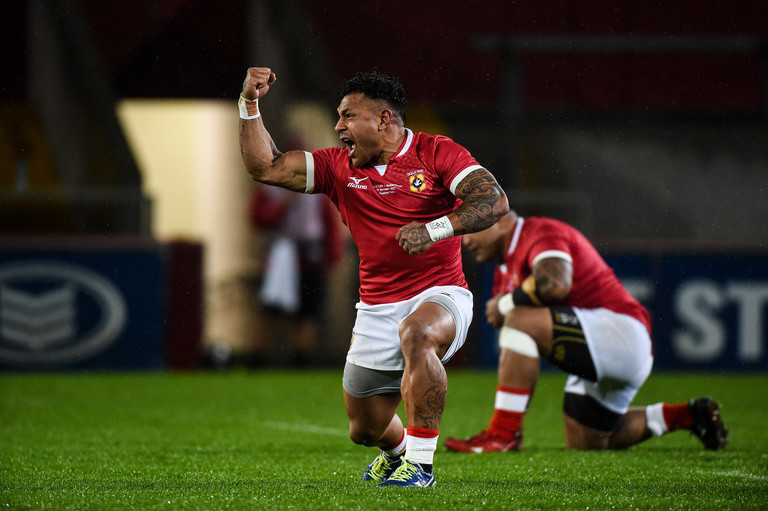 For Daniel Leo, there is something much more fundamental wrong with recent developments.

There is an overall concern for the organisation that too much of rugby is invested into the top echelons of the sport in terms of professional, and grassroots is struggling. There is becoming a bigger disconnect between grassroots and professional games in a lot of countries. If we are talking about growing the game, you need to widen the base of that pyramid.

It is top focused and there is no pathway for players to play pro rugby. They all need to go overseas. That’s not just us; worldwide there is a disconnect and a lack of pathway.

If there is one small victory, it is that the initial leaked proposal which excluded Pacific Island nations and offered no promotion or relegation was categorically shot down. Leo takes heart in this fact, and hopes fans recognised the significance of the past week.

"We need to look at the structure of the World Rugby organisation. What has led to this point that these decisions are being made?  What can we do as the rugby public? Is it just over to these nameless people in suits hiding behind the World Rugby logo or can we have an influence?

"I think what we have seen this week is a real crossroads in terms of the public using platforms and using mainstream media. Actually saying no, this isn’t right. We can affect this and this is the direction we want to take our sport. Not moving away from our rugby values and making it all about money."