Cork Snooker Prodigy Has 'Fire In The Belly' For Second Season

It's just over a year since Cork teenager Aaron Hill caused a major upset at snooker's European Masters when he defeated Ronnie O'Sullivan.

Then just 18, and playing in his rookie season, Hill defeated the six-time world champion 5-4.

"I didn't realise how massive it was until the next day when I was getting loads of messages coming through on social media," Hill told the World Snooker Tour podcast.

"The next morning, I got woken by a phone call. I answered it with a big sleepy voice, it was the BBC. I was like, 'Can you phone me back in five minutes?' There was interview after interview when I got home.

"The support from my family, friends and everyone around Cork [was great]. Any time now I'm in town, or having a social pint, everyone comes over to me.

"95 per cent of it was positive. When I beat Ronnie in my first event, everyone thought I was going to produce that all the time. As I started struggling and losing matches, it wasn't easy; people were expecting a bit much out of me.

"I'm after getting stronger mentally. Those things wouldn't bother me in the future."

His debut season being played amid a pandemic made it far from what he had dreamed it would be. Most of his tournaments were played at the same venue in Milton Keynes.

"Last season was mental with the pandemic," said the 19-year-old.

"Travelling on your own, staying on your own. It was tough. You could lose a match, and you were going back to your hotel room, and you're depressed and booking flights.

"There are a lot of positives to take from last season. It wasn't just beating Ronnie. It was beating Matthew Stevens after that, getting to a last-16 in my first ranking event.

"All my life, all the hard work was going into becoming a professional snooker player. You dream of it every night. To play that first year in empty arenas [was tough]. The hospitality in Milton Keynes was great, and the venue was nice, but constantly going back to the same place wasn't great, to be honest.

"That just gives you fire in the belly to stay on tour, and relive it at its best.

"I believe I have a lot more to offer this season. If it doesn't happen this season, it's going to happen eventually - I know it will.

"I'm still only a pup in the game. There's still a lot to learn." 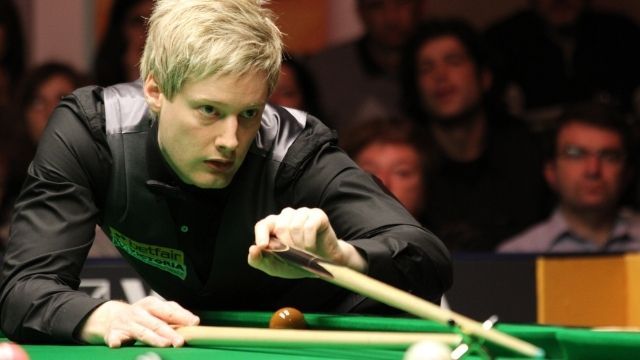