"When The Crowd Is Chanting 'Roger', I Hear 'Novak'"

Novak Djokovic has vowed to convince fans that he is not public enemy number one even if he surpasses people's champion Roger Federer as the greatest Grand Slam title winner of all time.

The world number one saved two match points to clinch a fifth Wimbledon title and 16th major on Sunday, shattering Federer's bid to become the oldest Grand Slam champion in the longest final ever contested at the tournament.

At four hours and 57 minutes, it was the longest Wimbledon final and the first to be settled by a final set tiebreak.

Djokovic is the first man in 71 years to win the title from match points down, saving two in the 16th game of the deciding set.

His major title tally is now just two behind Rafael Nadal and four off the all-time men's Grand Slam record of 20 held by Federer.

He has time on his side, being a year younger than Nadal and more than five years younger than the legendary Swiss.

After Sunday's epic triumph, Djokovic revealed he was able to turn the overwhelmingly pro-Federer, 14,000-strong Centre Court crowd in his favour by training his mind. 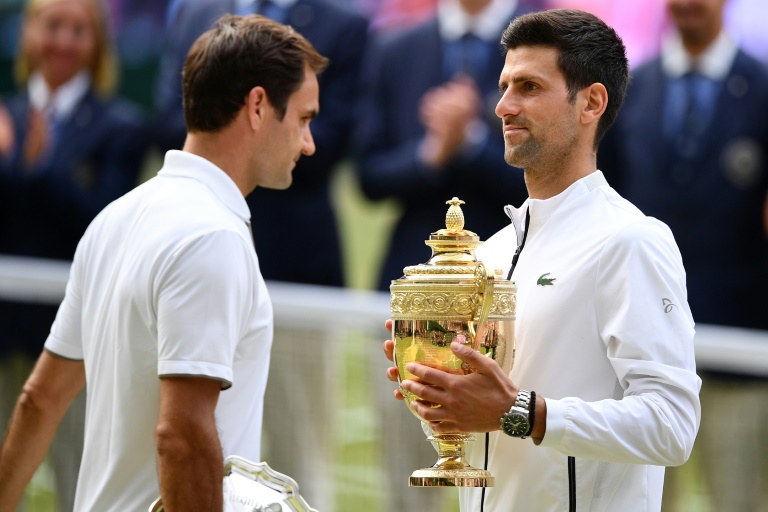 "I like to transmutate it in a way: When the crowd is chanting 'Roger' I hear 'Novak'," said the 32-year-old Djokovic.

Djokovic has spent the best part of his career in pursuit of Nadal and Federer and attempting to seduce fans sceptical of his character.

For many he is viewed as too intense, too insincere, too calculating and prone to fads.

Federer and Nadal, in comparison, are treated almost reverentially.

"It's hard to not be aware of the crowd. You have that kind of electric atmosphere, that kind of noise," said Djokovic.

"Of course, if you have the majority of the crowd on your side, it helps. When you don't, then you have to find it within, I guess."

Djokovic insists he won't get distracted by the pursuit of Federer's record haul.

"Whether I'm going to be able to do it or not, I don't know.

"I'm not really looking at age as a restriction of any kind for me at least. What I said on the court, I really meant it: Roger really inspires me with his effort at his age.

"It just depends how long I'm going to play, whether I'm going to have a chance to make historic No. 1 or Slams."

When asked if he sees himself still playing at 37, Djokovic said the motivation to be treated with the same respect is strong.

"Hopefully in five years' time I can be hearing the same chants." 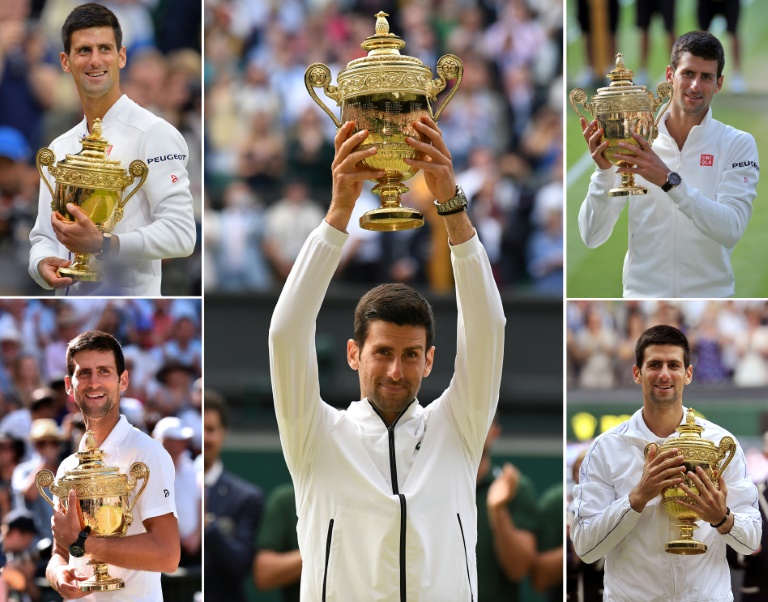 Djokovic is by far the most consistent of the 'Big Three' at the Slams.

Since the start of 2015, he has won nine of the 19 majors played with Nadal winning four and Federer three.

The other three have been split between Stan Wawrinka (two) and Andy Murray (one).

On Sunday, Djokovic saved match points in the 16th game of the deciding set, which ran for over two hours and was settled by a 12-12 tiebreak for the first time in a singles match at the tournament.

It was another display of stunning mental fortitude.

He has been in similar predicaments in the past against Federer -- saving two match points in both of his semi-final victories over the Swiss at the 2010 and 2011 US Opens.

"I just try to never lose self-belief, just stay calm, just focus on trying to get the ball back, return, which wasn't serving me very well today.

"But in the most important moments, all three tiebreaks I guess, I found my best game."

He was off the pace for large parts of the final, only carving out his first break points in the eighth game of the fourth set.

"I thought I could have played better. But the one thing that probably allowed me to come back and save match points and win this match was the mental stability," admitted the champion.

SEE ALSO: 7 Things You Can Do Quicker Than Watching Record Breaking Wimbledon Final