The 20x20 movement, which was started two years ago to change how women's sport is perceived in Ireland, came to its conclusion on Wednesday with a virtual conference featuring major names from Irish and international sport.

Research conducted found that 80 per cent of the Irish population say they are now more aware of women's sport than they were two years ago.

Some other key findings include:

Despite this progress, women’s sport still lags far behind men’s sport when it comes to participation, attendance and media coverage.

In terms of media coverage, research conducted by Nielsen at the outset of the campaign, found that just four per cent of sport’s online coverage and three per cent of sport’s print coverage was dedicated to women’s sport. By the end of 2019, each of these had grown by two per cent, up to five per cent for online and six percent for print.

"There's so much to do," said Casey Stoney, manager of the Manchester United women's team.

"You look at the percentages in terms of media coverage, online and in print, and it's still far too low.

"I always say that if someone wants to be something, they need to see it. Visibility is still pretty low with female sport.

"Women's sport always has to fight for really marginal columns, which it shouldn't have to do.

"In print, we need to move away from the narrative of talking about backstories and [start] talking about results and performances. Then we'll know that we're winning." 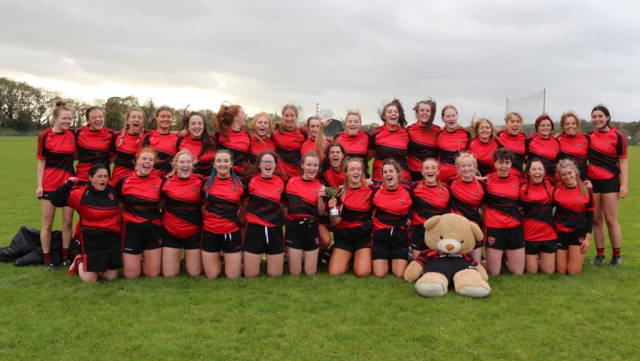 The News
1 year ago
By Balls Team
All Sporting Events To Be Held Behind Closed Doors
The News
1 year ago
By Paul Moore
Wolfe Tones Song Played By Portland Protestors In Resistance To "Enemy Occupation"
random
1 year ago
By Balls Team
Fathers' Day Gift Ideas For Every Budget
Popular on Balls
Rugby
2 days ago
By PJ Browne
Jackman Explains How Barman Helped Connacht Recruit Mack Hansen
The Rewind
1 day ago
By Colman Stanley
New On Netflix Ireland: Your Guide To December's New Additions
Football
1 day ago
By PJ Browne
MK Dons Boss Criticises Troy Parrott After Red Card Against Leyton Orient
Snooker
2 days ago
By PJ Browne
Ronnie O'Sullivan Applauded For Honesty At UK Championship