75 Years Since D-Day, It's Important To Remember Hitler's Plans To Invade Ireland

Today marks the 75th anniversary of one of the most important events, not just in military history, but in world history, D-Day. The invasion of Nazi-occupied France on 6 June 1944 by American, British and other ancillary allied forces marked the beginning of the end for the Nazi stranglehold on Western Europe. Indeed, so renowned is its importance in the history of the Second World War that D-Day itself, as a name, has entered into the common lexicon. How many other code-names for the beginnings of various military operations have entered into common parlance? If you were to say not many, I would give you a gold star - were I in a position to. Unfortunately I have neither the means, ie. access to you, nor the resources, ie. any gold stars.

In the context of the Second World War, it was a seismic moment, and the  entire operation, Operation Overlord, resulted in the deaths of hundreds of thousands of soldiers, on both the allied and axis sides, as well as tens of thousands of French civilians. With the Russians advancing from the East, hoovering up the resources of the majority of the German land forces, the psychological impact of regaining a foothold in Europe was immense and essentially marked the beginning of the end of the war in Europe, though it would be another year before Nazi Germany eventually surrendered.

However, while Ireland's role in the war, as a roughly neutral country, was mostly tangential, our geographical location ensured that we had long been in the centre of both the allies' and the axis' plans. Four years prior to D-Day, in 1940, when the war in Europe was beginning in earnest, Hitler ordered a plan to be drawn up for a German invasion of Ireland.

Code-named 'Operation Green' - only one-step short of calling it 'Operation Leprechaun', though I suppose ethnic sensitivity was never one of the Nazi's strong-points - it detailed a plan for a sea invasion of south-eastern Ireland. Following the defeat of the British land forces in France and the retreat from Dunkirk in June 1940, the Germans drew up plans to invade Britain, code-named Operation Sealion. The plans to invade Ireland operated as a subsidiary part of this plan and were widely either believed to provide a reason to direct British forces into Ireland to help clear the way for a Nazi invasion of Britain, or were simply drawn up as a feint, so that the British would believe an Irish invasion was imminent and preemptively divert forces to be on standby in Wales, leaving their defences in Southern England weaker, helping to pave the way for the main Nazi invasion of the British Isles.

During this time, when these two sea invasions were being drawn up, responsibility for Operation Green was handed to Field Marshal Fedor von Bock, who was widely regarded - and I make no apologies for saying this - as an utter asshole, even by Nazi standards. Given that he had been nicknamed 'Death Wish' - and not even by the French, or Polish, or other people who would've had reasonable cause to absolutely loathe the guy, but by his fellow officers - one can only imagine the kind of brutally heartless chump we're talking about. Imagine having, among your peer group, one of your ostensible friends being nick-named 'Death Wish'. An actual person whose nickname sounds like the working title of a Quentin Tarantino movie.

Nazi 1: "Planning a bit of a get together this evening, think I should invite 'Death Wish'?
Nazi 2: "Umm, maybe not. Probably best to try keep things light."

Indeed, the two Wehrmacht armies that were earmarked to participate in this proposed Irish invasion, by Field Marshal von Bock later became notorious for their brutal actions in the invasion of Russia and in Poland.

The plan that was drawn up would eventually have seen some 50,000 German troops participate in the invasion of Ireland. However the initial stage was to send approximately 4,000 expeditionary troops to land on a stretch of coast between Wexford Town and Dungarvan, to drive into the countryside and consolidate beachheads for the landing of the remaining troops. As part of this they would also secure and establish air-strips along the south coast from which they would launch bombing raids across the entire Free State and Northern Ireland, to destroy key communications and military locations. While the south-east is, even still, crying out for greater airport infrastructure, at a certain point you have to admit that if the cost of having a local, regional airport - whose entire duty free shopping area would probably only consist of a single WHS Smiths - is a Nazi invasion, then it's probably no longer worth it.

From there they wanted to capture Dublin, planning to have troops in the capital within three days of the initial landings, and to establish the rule of a Gauleiter - an official appointed by the Nazis to oversee an invaded and annexed territory. As part of their overall plans to take over Ireland and the UK, Dublin was to become one of the six main administrative centres to orchestrate Nazi rule through the British Isles. 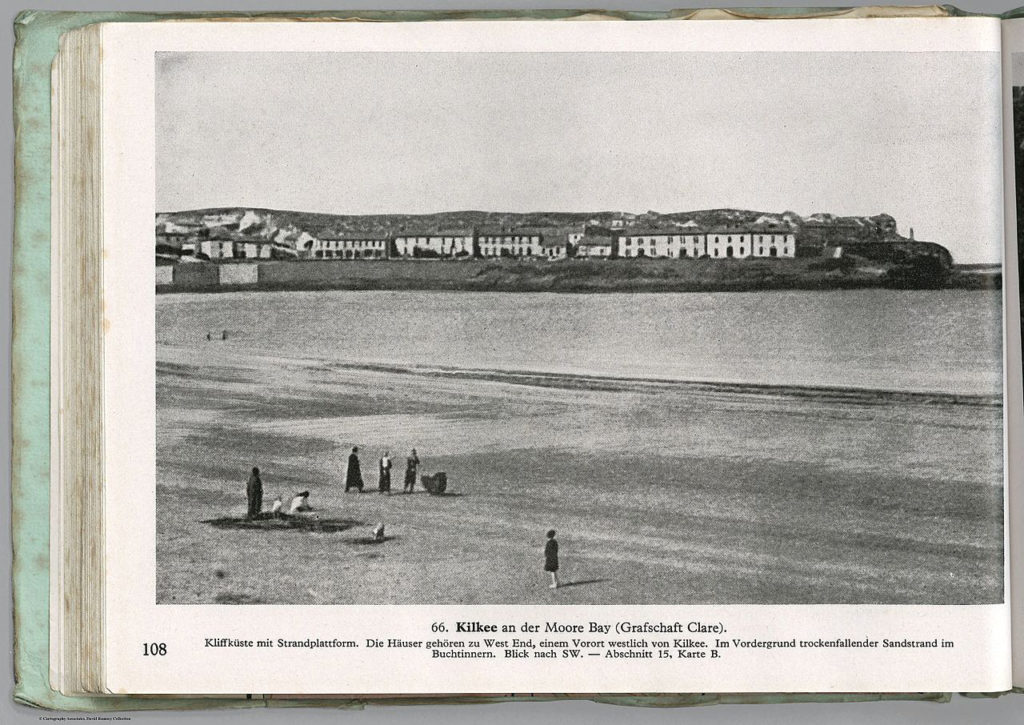 A photograph of Kilkee Harbour, in a photo dossier as part of Nazi preparation for Operation Sealion.

While there are scant reports as to what status Hitler perceived the Irish to hold in his own warped idea of the hierarchy of races, it is undoubted that vast sub-sections of the Irish populace would've fared poorly. Ireland's Jewish and Gypsy populations would undoubtedly have been subjected to the same fates as their European counter-parts.

According to an article written by Tom Clonan, a retired Irish Army Captain, for The Irish Times, the fact that Ireland was so relatively remote from the centre of the Nazi forces on the European mainland, it can be presumed that Nazi rule in Ireland would have ended up becoming incredibly, and brutally ruthless. The occupying forces would've had to be almost entirely self-sufficient, and thus would've been incredibly harsh on local populations, overseeing the forced capture of food and other vital equipment. Martial law and strict curfews would undoubtedly have also been imposed to help suppress any guerilla attacks against the occupying forces.

Despite the fact the Irish army during the war was increased to close to 40,000 regular troops, one can only imagine that they wouldn't have stood a chance against the incredibly well-drilled Blitzkrieg tactics used by the Germans. On top of this, the German's vastly superior engineering capabilities and armoured vehicles, would undoubtedly have swiftly overcome any Irish resistance, should such an invasion have come to pass. Indeed, due to the presumed ease with which Germany would've occupied Ireland, should they have so chosen, there was a counterplan, Plan W, drawn up between the governments of Ireland and the UK to oversee a counter-invasion of Ireland by British forces.

Thankfully however, none of this came to pass as the invasions of Ireland or the UK were predicated on Nazi Germany gaining aerial superiority of the English Channel in the Battle of Britain. Over the rest of the summer in 1940, the RAF managed to prevent this, and indeed imposed the first real setback on the Nazis by maintaining aerial control of the English channel and severely depleting the Nazi's aerial capabilities.

By 6 June 1944, all threat of an invasion of Ireland had essentially evaporated, due to the majority of the German forces in Europe being occupied in Russia. Despite this, on the 75th anniversary of one of the most symbolically and materially important military campaigns of all time, it's important to recognise how different things could've been, were it not for the sacrifices made by hundreds of thousands of soldiers on 6 June 1944, and throughout the war.

Also Read: Chernobyl's Creator Reveals What The Show's True Message Was For Viewers