Colin Farrell finished what was reportedly his first marathon in under four hours in Brisbane over the weekend.

Farrell was cheered over the finish line by the crowd, and Pat Carroll, one of the MC's for the race.

"They had an Irish flag and went to cheer him on as he came across the finish line,” said Carroll.

"I was talking to his 24/7 security guard while he’s been in Australia, and I asked if we could go a bit crazy when he came down the finish line and he said: ‘Okay’ so that’s why we gave him a bit of a reception as he came down the home straight.”

Carroll added that Farrell was approached by another of the race MC's for a few words after finishing.

"His exact words were: ‘Nah, I’m knackered’, which is understandable when you’ve just run a marathon," said Carroll.

"A lot of people got pretty excited. The place came alive.

"His security guard told me he’d only been running for three months in preparation so it’s not a bad effort … and he did finish running and he looked good as he came down the line."

Farrell is in Australia filming Thirteen Lives, a film about the 2018 Tham Luang cave rescue which saw a young soccer team saved after being trapped in an underground cave system.

The film is being directed by Ron Howard and also stars Viggo Motensen and Joel Edgerton. 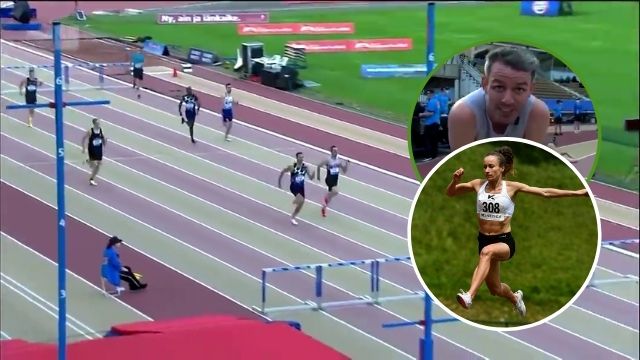 The Rewind
2 hours ago
By PJ Browne
Matt Damon Has Plans For Big Irish Trip After Pandemic
The Rewind
1 day ago
By Eoin Harrington
Explained: How To Watch The Marvel Movies In Chronological Order
The Rewind
2 days ago
By Eoin Harrington
Here's Every Marvel Movie Coming Out Until 2023
Popular on Balls
Football
23 hours ago
By Gary Connaughton
Manchester United Legend Urges Club To Avoid Delcan Rice Transfer This Summer