7 Things You Need To Remember For 'Dark' Season 2

We are very excited for the release of Dark season two but if you're like us then you'll definitely need a little reminder of what exactly is going on in what is one of the most complicated shows on Netflix right now. That's why we've put together a quick Dark season one recap.

In summary, Jonas is a teenager from 2019 who has ended up in the future because of his adult self's attempts to try close a time travel wormhole in the German town of Winden. Noah is a bad priest who is trying to invent his own time machine and keeps killing kids during his seemingly fruitless attempts. Ulrich is the father of Mikkel Nielsen who accidentally travelled back in time to 1986, got stuck there and grew up to become Jonas' father. While searching for Mikkel, Ulrich ended up in 1953 and is still there.

However, there are a few more storylines that we explore in more detail below:

1. Future Jonas may have seriously screwed up However his attempt may not have been successful. In 2019, we see the Tiedemanns pull over their car to watch an incredible wormhole/big electrical field open up across the sky, while back in the bunker, its wormhole opens up, transporting young Helge into 1986 and young Jonas somewhere different entirely.

Earlier in the episode, Noah (the evil priest) told Bartosz (young Jonas' best friend) that future Jonas' attempt will actually create the wormhole in the bunker rather than close the one in the cave. *Mind blown*

Young Jonas is transported into a post-apocolyptic future - presumably 2052. This raises a whole pile of questions that have not yet been answered. First all, what the hell happened that has left this desolate landscape? Was it future Jonas' attempt to shut the wormhole? Secondly, is this the end of Jonas' life in 2019? It's unclear whether future Jonas is him aged normally, and from some random time in the future, or if teenage Jonas has to stick it out for another 33 years until 2085, before he can travel through time again.

Also, if he did cause this disaster by trying to destroy the wormhole, why would he go back and do it again?

2019 Ulrich is still in 1953, having been arrested for murdering young Helge. Ulrich had indeed travelled to the past and attempting to kill Helge in order to stop everything from happening, but while in custody he discovers his murder attempt was unsuccessful. He knows this because the 2019 bodies of Erik and Yasin are still in 1953. However he is unable to explain this to the police as they think he's nutjob. 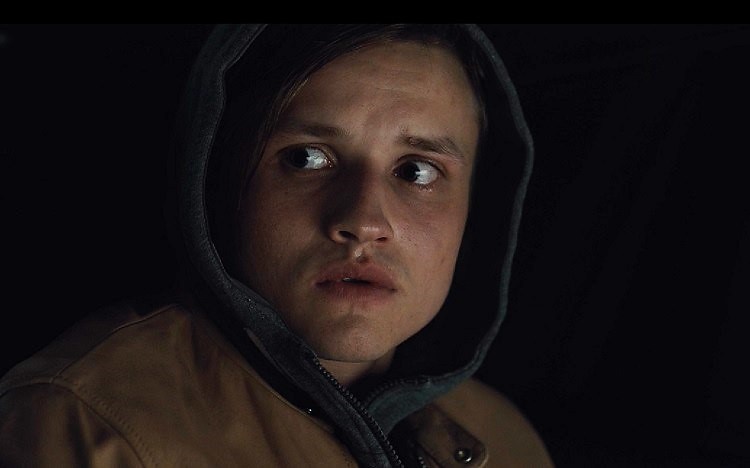 We all remember that Noah is the major villain in this story but let's not forget the roles of Claudia and Bartosz Tiedemann. Claudia was the head of the nuclear plant in 1986 and discovered the wromhole when her childhood dog suddenly appeared from the cave, 33 years later. In the future Claudia appears to be Jonas' ally and the pair are working against Noah. Meanwhile in 2019, Noah has just recruited her grandson, Bartosz, to fight them.

4. The fate of Helge

As we mentioned, young Helge is now in 1986 but we already know he travels back to 1953, so the question is how does he do it? And why is he allied with Noah? Presumably Noah will send him back to 1953 at some point in season two.

For 2019 Helge however, his time on this earth is over. Present day Helge went back in time to stop 1986 Helge from helping Noah. However he only succeeded in killing himself in a car accident when he tried to kill 1986 Helge.

Helge Doppler's son Peter has been involved in this whole thing ever since the body of Mads Nielsen suddenly showed up in the bunker but now his wife Charlotte (Chief of police) has also copped onto what is happening.

She finds a 1953 mugshot of 2019 Ulrich from when he attacked Helge in 1953. Season one finishes with her finding Peter in the bunker where we imagine he's about to open up to her about what has been happening.

So if Future Jonas did "destroy" the wormhole is he then stuck in 1986? It would appear so.

If being stuck in 1953 isn't bad enough, Ulrich Nielsen has to deal with the fact his former mistress, Hannah Kahnwald is trying to have him ruined. She blackmails Aleksander Tiedemann, telling him to dig up dirt on Ulrich or she will reveal to everyone that he's actually an imposter who changed his name after showing up in Winden in 1986.

It's also worth noting that Aleksander then rings Torben Woller, the policeman with the eyepatch, who is quite clearly on the take.

While she may not have figured out what's going on yet, 2019 Regina Tiedemann went into future Jonas' hotel room and discovered his wall of documents that pretty much explain everything he's working on.

Aside from these points, we have countless other questions that we're hoping season two answers. What's the deal with Franziska Doppler and why was her necklace beside that dirty mattress along the railway? Why did adult Mikkel kill himself? The obvious answer is that he didn't want to be around when his younger self disappeared but perhaps there is more to it.

We can only hope that season two lives up to the hype!

The Rewind
9 months ago
By Mark Farrelly
The Rewind Recommends: 5 TV Shows You'll Love If You Watched Dublin Murders
3