Welcome along to the first instalment of The Rewind's weekly soundness rankings for the final season of Game of Thrones. Forget about the Iron Throne, this is the only race the inhabitants of Westeros should be interested in! After each episode we'll be assessing the most and least sound people in the seven kingdoms so they had better watch their etiquette because we'll come down on them like a tonne of bricks.

So without further ado, we count down The Soundness Rankings - Week 1.

Westeros' most handsome man hadn't much involvement in this episode but his arrival in Winterfell bumps him into our top five rankings, given the honour he has shown in following through on his promise to help the north in their fight against the White Walkers.

Sure, the dead eye stare of the artist formerly known as Bran reminds us of how much of an arsehole Jaime was at the beginning of the show but it also shows how he's willing to face his own demons in the fight for the living.

when u see an ex on tinder pic.twitter.com/3vIsPDJaGN

Had a touch of the Ashley Peacocks about him this week, with dragonglass his chosen meat. Just as Ashley was too busy in the butchers to actually stop what he was doing when chatting with various characters, all of Gendry's scenes involved him trying to converse while either banging things or pouring really hot shit into some other shit. 9 to 5? More like 24-7-365, Dolly!

The bastard son of Robert Baratheon appears to be the greatest blacksmith the seven kingdoms has ever seen but while he could withstand the heat of the furnace, he got a little hot under the collar when he ran into his old buddy, Arya. Bless him.

With every passing episode, Sansa is becoming evermore sound. She's like that person in a group of friends you didn't realise was as much as craic as they are until you slowly get to know them.

First of all, she's grounded in a bit of reality. It's all well and good for the Jon and Daenerys to be shite'ing on about thrones and flying around on dragons, but how the hell are they going to feed everyone!? No one told her all the guests they'd be having when she did the week's shopping!

She also makes the top three for throwing the best low-key shade of the episode when she couldn't resist one last dig at her ex-fiancée, Joffery. 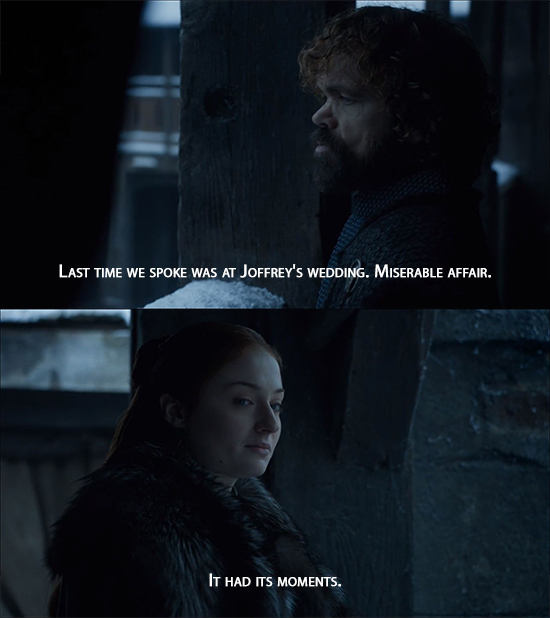 Poor Jon Snow has been given more titles than his namesake, John Delaney. Just when he thought he was free of all this king shit, he's now not only king in the north but king of whole damn seven kingdoms!

It's hard to imagine a situation that would lead to Jon dropping off this list but if you're looking ot be critical, that scene where he kisses Daenerys in front of the dragons had all the hallmarks of a vomit-inducing scene from some 1980s US sitcom, like All in the Family or the aptly named Who's the Boss?

It's the 'Who's the Boss?' edition of #GameofThrones. pic.twitter.com/UlUv57mJQr

Poor auld Sam. If Jon's cringeworthy kissing scene with Daenerys was like a shit sitcom, then Sam's run-in with the Mother of Dragons had much more of a Monty Python feel to it.

"My dad will be angry at me for stealing his sword."
"I killed him..."

"Oh well, at least my brother still likes me."
"Killed him and all..."

I also think we all saw a little bit of ourselves in the way Sam placed social manners above all else when faced with the news that both his father and brother had been killed by the person standing straight in front of him.

Later on, Sam jumped his way right to the top of the soundness rankings when he finally told Jon Snow what we've all been screaming through the TV. He is the king of kings! The Cerebral Assassin. The GAME! 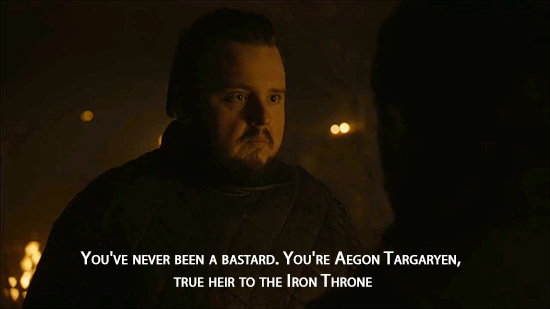 5. Qyburn, Hand of the Queen

Lookit there's just something about this lad's head that I really detest. He's a smarmy kiss-arse piece of shit with a ridiciulous get-up. Hopefully he gets beheaded sooner rather than later. 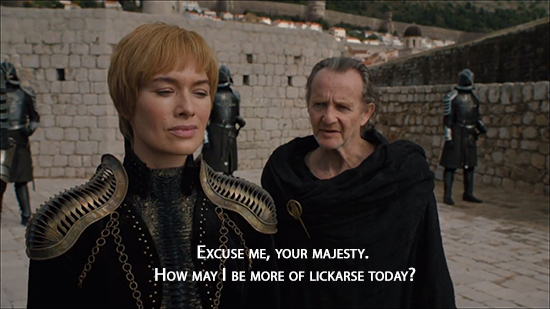 4. The Artist Formerly Known as Bran

He might be the all-seeing, all-hearing, clairvoyant who is integral to defeating the Night King and his army but that doesn't mean that he's sound. In fact, the artist formerly known as Bran is a bit of a dick.

You might be the Three-Eyed Raven but that doesn't mean that you can't crack a smile or at least look slightly happy to see your long lost family. And stop staring at everyone, YOU CREEP!

As if being Lord of your locality at the age of 11 isn't already hard enough, poor Ned Umbar has had to figure out how to protect his people from an army of the undead. And unfortunately he didn't make it.  The Night King got a hold of him, killed the poor sod and pinned him to a wall.  All before he made his confirmation.

He's a bad egg, this lad. Going around Westeros with a horn on him the size of the Frostfang Mountains. Everyone else is trying to save humanity from extinction and all he's worried about is getting his hole.

Also, he thinks he's a great fella for bringing Prince Nobody to King's Landing. Go away with yourself, ye dose of shite. 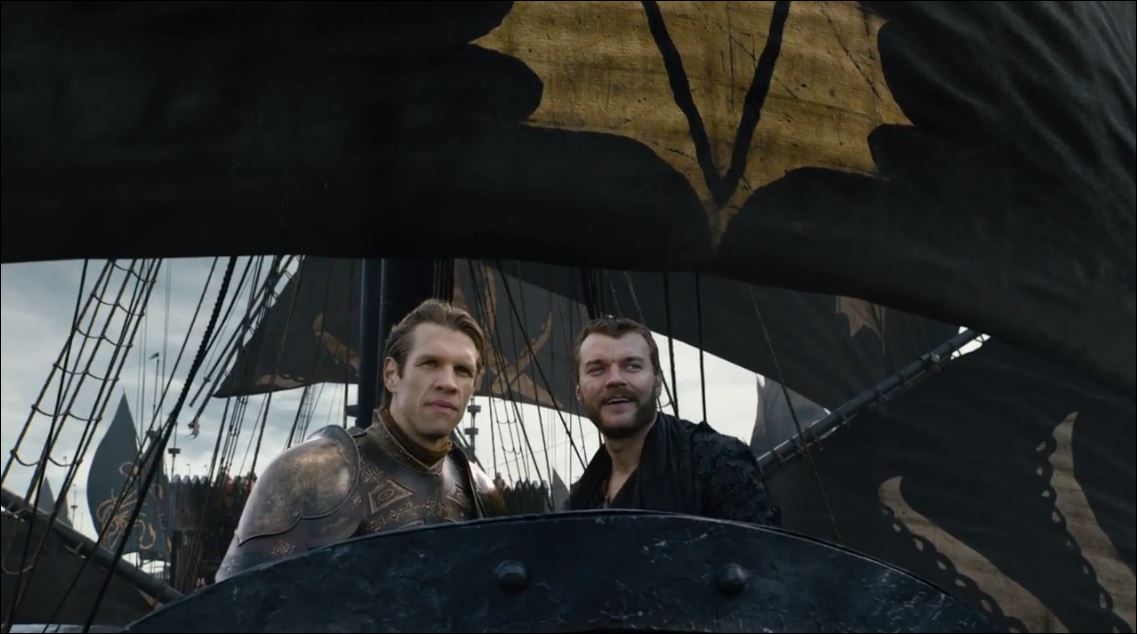 I would like the record to state that I have never had any time for Daenerys 'Notions' Targaryen. Even when she wasn't a prick I knew she was a prick! Who does she think she is, coming into the Stark household and giving Sansa guff? "What exactly do dragons eat?" "What ever they want."  Have a bit of feckin manners you ungrateful so and so.

Then she goes bitching to Jon about his own sister and how she needs to acknowledge her as queen. Maybe show a bit of humilty first! Her stinking attitude, coupled with the fact that she reminded us how she killed Sam's dad and brother, has catapulted her straight to the top of list of most unsound people in Westeros. She has a lot of making up to do.

The Rewind
8 months ago
By The Rewind Team
Two Minute Review: 'What We Do In The Shadows'
14