Hesitant Acquaintances: Edwin Poots, The DUP And The GAA

As Arlene Foster makes for the door, Edwin Poots has wasted no time in putting himself forward as the new face of the Democratic Unionist Party.

Poots has been relatively unknown in the Republic until now. That said, he's made no shortage of headlines over the years – including some about his views surrounding evolution (he doesn't believe in it).

Poots previously served as Northern Ireland's sports minister. Perhaps surprisingly, he was pioneering in his relationship with the GAA while in office for a number of reasons.

Most significantly, Poots was the first DUP minister to attend a GAA match in an official capacity, when he was among a packed crowd at Páirc Esler for a McKenna Cup tie between Donegal and Down in January 2008.

Poots was warmly received – and indeed praised – that day by the GAA ascendancy - GAA president Nickey Brennan was in Newry that night to welcome him, as was Liam Mulvihill - but Poots didn't get too carried away in the occasion.

The current Environmental minister arrived to the match late – deliberately – and missed the traditional playing of the national anthem Amhráin na bhFiann before the match.

Explaining his pointed gesture, he said:

I am attending the game in my role as sports minister but as a unionist I would not feel comfortable standing for The Soldier's Song.

"I trust there will be other moves made by the GAA in the near future which will give further encouragement to people in the Protestant community that the political aspect associated with the GAA is being removed."

Not to be outdone, then sports-minister Carál Ní Chuilín returned the favour in 2011, when she became the first Sinn Féin politician attended a football match at Windsor Park.

Drawing inspiration from Poots, Ní Chuilín only took her seat for the meeting of Northern Ireland and the Faroe Islands after "God Save the Queen" had been played. A contained controversy ensued.

Prior to watching Donegal and Down in 2008, Poots had also become the first DUP politician to attend a GAA function in 2007. He used the platform to urge the GAA to be proactive in bringing more Unionists and Protestants into the organisation.

Although Poots' engagement with gaelic games was welcomed by many – his example was followed by others, including Foster – not everyone was so receptive to diplomatic gestures between the DUP and the GAA.

In a letter published in the Irish Examiner, head of Republican Sinn Féín, Des Dalton, accused the GAA of "allowing the association’s grounds and facilities to be used to further the normalisation of British rule in Ireland" after Poots' attendance of the match.

Republican Sinn Féin, a minor political party that does not recognise the partition of Ireland, also decried the fact Poots had objected to the naming of GAA stadiums after Irish patriots.

Poots has had some more recent run-ins with the GAA. In October 2020, when the coronavirus pandemic was particularly bad in the North, Poots engaged in some finger-pointing on BBC Radio.

Remaining vague, he noted that some sporting activities – and accompanying post-match celebrations – should take some of the blame for spiraling infection rates.

It was inferred, of course, that he was talking about the GAA:

"I am not labelling one particular group of people but if people feel the cap fits that's entirely up to them.

"I'm not picking on one organisation, but there are certainly those who have engaged in very poor behaviour over the course of the summer months, which has helped exacerbate this problem."

Poots and the GAA enjoy a complicated history, to say the least.

SEE ALSO: The Man Most Likely To Lead Northern Ireland Next Thinks The World Is '4000 Years Old' 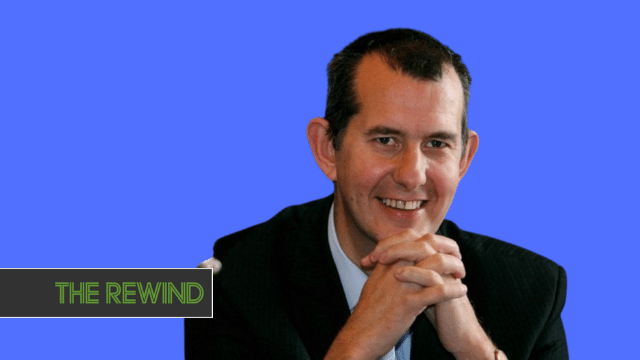