Those of us old enough to remember nice things know there was a time we couldn't move in this country without Ireland winning the Eurovision. If it wasn't for the fledgling Celtic Tiger, the run of success and the cost of hosting the event would have brought the country to its knees.

A fine Eurovision tradition from Dana to Johnny Logan was taken to a new extreme in the 90s when four wins in five years meant Ireland ruled the roost. From Linda Martin in 1992, to Niamh Kavanagh in 1993, to Paul Harrington and Charlie McGettigan making it three-in-a-row in '94 (with easily the best Eurovision song ever!), to Eimear Quinn claiming back our rightful crown in 1996, there really wasn't even much in the way of competition.

Public block voting soon followed and our lack of friends and neighbours in Europa cost us dear. And, let's face it, some bland entries also accomanied the change in tone for the Eurovision.

Irish acts have tried to keep up with the times by going full glitz and glamour. But sadly nothing has struck a chord with the people of Europe.

Of course, Dustin's win in 2008 represented a spoiler vote winning the election. Depending on your view of Eurovision, he either made a Holy Show of us in Belgrade or you've never been prouder to be Irish.

For good and bad though, success has entirely abandoned us. Since Eimear Quinn confirmed our dominance with The Voice in 1996, the backlash has been felt. In 1997, Marc Roberts finished a distant second to the UK with a song we had absolutely no recollection of. But it's been all downhill from there. Now though, 25 years later, as we sadly didn't make yet another final when Lesley Roy and her song Maps were eliminated. It's the latest in a long line of Irish disappointments at the Eurovision.

Ireland's at the Eurovision since 1996:

So there you have it. Since semi-finals were introduced in 2004, Ireland have failed to make the final of the Eurovision in nine of 17 contest. In the last seven years, Ireland has made the final just once, finishing a lowly 16th in 2018.  In 2002, we weren't even allowed to compete having been relegated the previous year.

Overall since The Voice, of the 14 Eurovision finals Ireland has actually made it to, we've finished an average of 15th.

Will we ever win it again? Would it be too much just to hear "Irlande Douze Pointe" one more time?

Balls Remembers: The 3 Times Ireland Beat England In The Eurovision 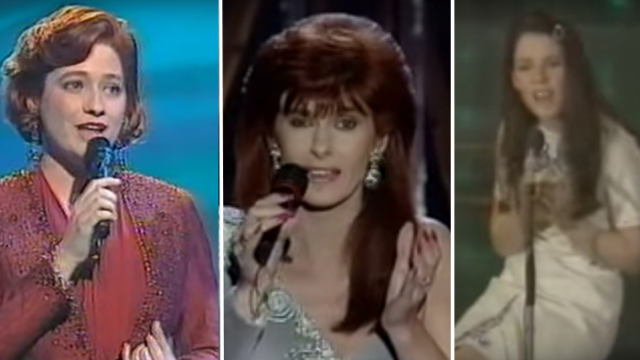