It’s Official: Paddington 2 Is The Greatest Film Of All Time

We've all known it for a long time, but now it has finally been confirmed. 2017’s Paddington 2 is officially the greatest film ever made - well, according to Rotten Tomatoes at least.

Rotten Tomatoes takes the scores given to films by reviewers and gives them an “approval rating,” which shows the percentage of reviews that gave a film a positive score (6/10 or more).

The top-rated film on the site had been 1941’s Citizen Kane for years, with a perfect 100% rating. This week, though, an 80-year-old negative review of the film from the Chicago Tribune was unearthed that dropped the film below its perfect score, and down to the unimaginable lows of a 99% approval rating.

Citizen Kane was not the only film with a 100% rating, though, and its demise means that another has taken its place at the top of Rotten Tomatoes’ table. That’s right, 2017’s Paddington 2 has risen to the top, and we can now stop beating around the bush and admit that it is a far superior and more influential work of cinema than Citizen Kane.

Paddington Bear’s second cinematic outing sees him wrongly imprisoned, alongside our very own Brendan Gleeson, with Sally Hawkins, Hugh Bonneville and Hugh Grant all popping up in the quest to free the innocent bear from prison.

Paddington’s Twitter account was humble in accepting the news, extending his commiserations to the film it knocked off of top spot.

I do hope Mr Kane won't be too upset when he hears I've overtaken him with rotten tomatoes.

It hasn’t been the best of weeks for Citizen Kane. Sunday’s Oscars saw Mank take home two awards. Mank is based on the screenwriting process for Citizen Kane, but its two Oscar wins mean that it has now won more Academy Awards than the original film itself.

Only a day later, Citizen Kane was knocked off of top spot on Rotten Tomatoes. You can understand why Paddington was so quick to share his commiserations.

The writer and director of Paddington 2, Paul King, spoke to the Hollywood Reporter in the aftermath of the news. He was humble in praising CK, while also pointing out that the nature of the list was ever so slightly erratic.

It's extremely lovely to be on on any list, which includes Citizen Kane, but it is obviously quite an eccentric list that goes from Citizen Kane to Paddington 2, so I'll try not to take it too seriously.

He also confirmed that Paddington 3 is "coming along nicely", before suggesting that if Citizen Kane director Orson Welles had the technology available to King's crew, he might have made a film nearly as good as Paddington 2.

He had to make do, he had muster his meagre talent into merely knocking out Citizen Kane.

We think we have our evening plans sorted after this news. Anyone for a cup of tea and Paddington 2, the greatest film ever made? 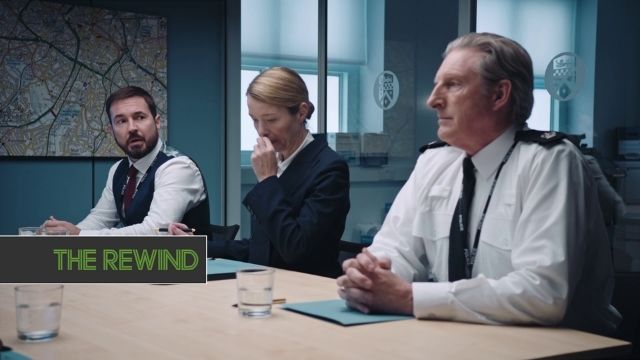