Joe Biden carried out his first official press conference as the 47th president of the United States of America yesterday. As with Trump, Biden is dealing with a growing humanitarian crisis at America's southern border. As thousands of people in Central America flee despotic regimes at home with the hope of finding asylum in the US, there is a hope, if not an expectation, that the Biden regime might greet them with a sense of humanity lacking in his morally repellent predecessor.

In his press event yesterday, Biden explained he understood the reasons why people uprooted themselves and their families in pursuit of a better life. It, of course, happened to his own forefathers.

“When my great grandfather got on a coffin ship in the Irish sea, the expectation was he going to live long enough to get to the United States of America,.

“They left because of what the Brits had been doing,”

“They were in real, real trouble. They didn’t want to leave but they had no choice. I can’t guarantee we’re going to solve everything, but I can guarantee we can make everything better.”

From this side of the Atlantic, it's certainly refreshing to hear the term 'coffin ship' referenced in the White House. But it's Biden's use of the terms 'Brits' that has raised a few eyebrows. 'Brits' is a beloved derisive term for Irish-Americans talking about Britons, and when Biden uses it, he sounds more like he's at a barbeque than a presidential media event. It might not sound presidential, but Biden always traded on his folksy charm and his Irish-American identity clearly shapes his political worldview.

He just can't help himself from flashing his Irish-American credentials.

Joe Biden left the BBC in no doubt here 😂☘️pic.twitter.com/OGOb5ID2f4

The comments have sparked a pretty dumb Twitter conversation about whether Biden is actually helping Ireland's cause by speaking so flippantly about America's 'greatest' ally. At a time when the UK is governed by a Tory government that has proven itself to be dangerous to the harmony of European countries like Ireland, and its own citizens, over the past few years, it's refreshing to hear someone in the White House speak with a tone of disdain about the British empire and its legacy.

Whatever about Biden referring to the 'Brits', the US President referring to Britain's role in causing the Great Famine signals a new direction in relations between Ireland, the US and the UK.

And we're here for it. 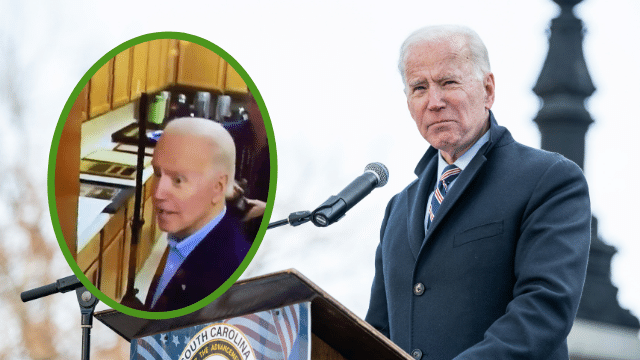