The public outcry against Boris Johnson and co. for their multiple lockdown boozers at 10 Downing Street continues - and one Twitter account has made a brilliant Line of Duty edit to sum up the British Prime Minister's farcical attempts to defend himself.

Line of Duty edit puts Boris Johnson in the hotseat

Over the month of December, numerous allegations of socialising during the height of lockdown at 10 Downing Street were batted away by the Conservative Party. Over the past week, however, the noise has risen to a cacophony, and multiple parties are now known to have occurred at the Prime Minister's residence during the early months of the COVID pandemic.

We were all enamoured with Ted Hastings and his police force during the TV run of Line of Duty, and it remains one of the most popular British series of recent years.

Given the reluctance of the Metropolitan Police to investigate any of the multiple drink-heavy gatherings that took place at 10 Downing Street during national lockdowns in the UK, it was only a matter of time before someone gave Hastings the chance to take matters into his own hands.

The Twitter account 'Led By Donkeys' shared this brilliant edit on Tuesday afternoon, with Hastings and his team interrogating Boris Johnson

🚨“If you've got one shred of compassion for all those families who sacrificed so much, who lost so much, you’ll go”🚨 pic.twitter.com/AOl2D4f0Bc

We have a feeling Hastings speaks for plenty of British citizens when he concludes with:

Mother of God you must think we were born yesterday fella!

Your corruption was mistaken for incompetence! If you have got one shred of compassion for all those families who sacrificed so much, who lost so much, you'll go, and let them have done with you.

The edit is perhaps even more impactful because of how popular the final season Line of Duty was during the lockdown during spring of 2021 in the UK.

It's a hilarious edit that showcases just how ridiculous Johnson and his attempts to defend the parties truly are. 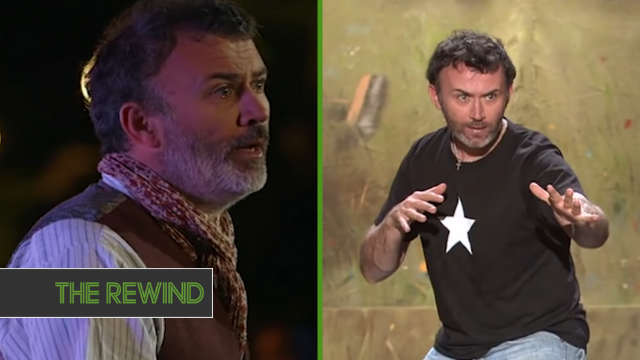