Sunday's Line of Duty season six finale closed out with photos of key characters from seasons past, like Roz Huntley, John Corbett, Lindsay Denton and Tony Gates, being boxed away.

To many, it suggested that the six-season arc about clandestine police corruption had come to an end. However, that interpretation of the scene may read a little too deep.

"It's interesting that you talk about that particular sequence because it's the last thing we shot," said show creator Jed Mercurion when asked about the scene on the 'Obsessed with... Line of Duty' podcast.

"That was shot in the producer's garage while we were editing episode seven. That was just a few weeks ago. Work was fast-tracked from post-production into being broadcast.

"It was just that as the episode took shape in the edit, it felt like we didn't have the right images for the last captions.

"We were pleased with the stuff we'd shot with Buckells going into the cell, and Jo's new life, and the last image of AC-12 with the three characters going down in the lift.

"It just felt like we wanted to go back to AC-12, and we needed to find a way to do it. We created that sequence in the edit using some footage from an unused scene, and then those little cutaways.

"It just felt like it was a retrospective on AC-12 because that's a lot of the way that season six went with the proposed merger of units and anti-corruption being cutback.

"We just wanted to land that point with the audience."

Mercurio did not rule out there being a seventh season of the show. "We'll see about that," he said when it was suggested he should starting writing.

He also addressed the significance of Kate, Steve and Ted taking the lift together.

"It signifies the fact that their relationships have been mended," he said.

"At the start of season six, Kate has left AC-12, and Hastings is resentful of that. It also puts Steve in a difficult position. He feels like he's caught in the middle, that he wants to be loyal to the gaffer but appearing to be loyal, it brings out the fact that Kate hasn't.

"Generally what we do in a season is have everybody together and apply things to their relationships that pull them apart whereas we reversed that in season six. We had the trio in the worst place they'd been in their interpersonal dynamics and spent the season bringing them back together."

Watch: New BBC Drama Could Fill That Line Of Duty Gap In Your Life 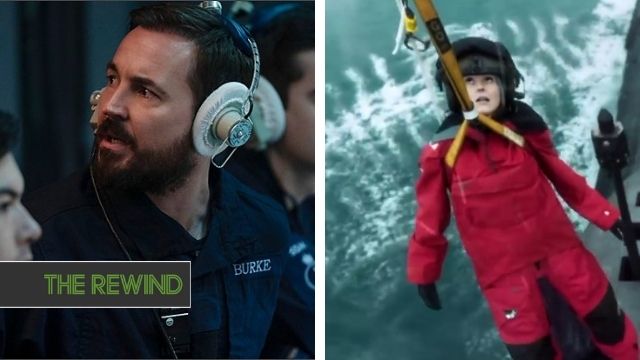