Marlo's Rule: How The Wire Created The Perfect TV Villain

Did you know you can call Marlo Stanfield, the infamous villain from iconic American series The Wire, and hear him speak?

Thanks to a savvy Baltimore-Washington Telephone Company employee, the number Stanfield calls out during a meeting with his lawyer now redirects to a voice recording of his notorious prison rant. It still works now, 17 years after the programme first aired.

It is apt too. Of all the characters created for David Simon's recreation of Baltimore, Marlo was the most enduring. Every series represented a different facet of Baltimore but ultimately, as Simons said on the show's commentary track, it is about "how we live".

"Whether one is a cop, a longshoreman, a drug dealer, a politician, a judge or a lawyer, all are ultimately compromised and must contend with whatever institution to which they are committed." 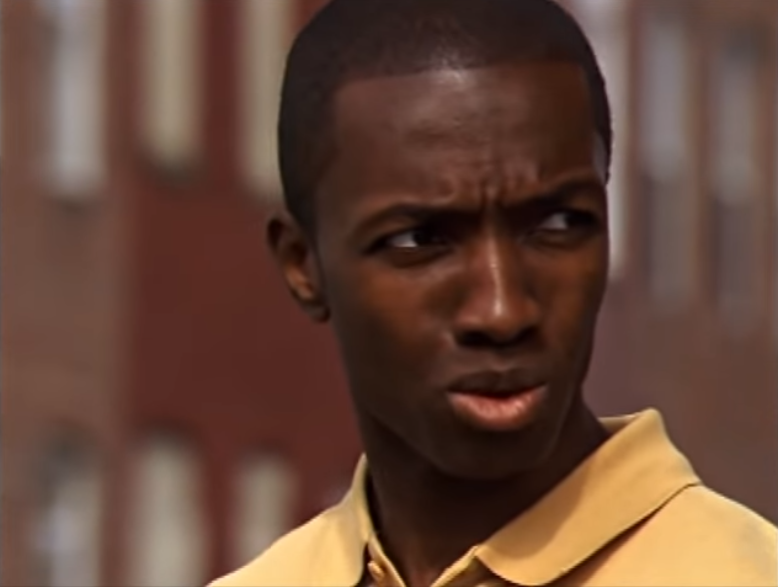 The man versus the system. A typical trope told in a groundbreaking way. There are several men (and women); Cedric Daniels, Omar Little, Jimmy McNulty. Marlo, on the other hand, is different. He is the absolute administration. An emotionally dead machine who runs the game without fear or favour. Those who become entangled or attempt to overcome him met a predictable end. Marlo Stanfield is the system.

The Wire depicts a character who does not drink or smoke. Physically, he is cold and calculated. Eyes "like a cat," as a woman tells him during Series 3. Unsettling still, creepily calculated. A true villain.

But there's more. A common complaint, nowhere more so than America, is all the damage done by 'the government.' That all-knowing, all-powerful federal entity that is considered not as a group of humans but as an organisation. A regime. People know it in body and mind but not in sight.

"My name is my name." It means something in Baltimore. The greatest mistake, made by both Avon and Prop Joe, is to regard the drug-dealing kingpin as human. Marlo Stanfield is not human, Marlo is a methodology.

Speaking to the Urban Daily, actor Jamie Hector gave an insight into this:

If IBM or Apple or any major corporation did not know that their name was being dragged through the mud, they would be pissed off with their employees when they found out because your name is everything.

It is reinforced by his very first appearance. He comes out onto the street just as his driver is aiming a gun at Bubbles and Johnny. They leaned on his car and as a result are about to be punished.

Marlo is not sympathetic or irate. There is no positive or negative from this outcome. The system will swallow them up eventually. "Do it or don't. I've got places to be."

There are no human relationships. It is all about the game and excelling at it. When the time is right, he makes a move on Prop Joe. Joe makes the mistake of thinking of his foe as a person: "I treated you like a son..."

There is no place for sons, for fathers, families, loyalties or bonds. There is just the system, as Marlo explains with his response.

Marlo Stanfield is more than a villain. He is a force. In the end, the viewers' expectation is to see him imprisoned or killed. In many ways, it is in keeping with the show's core that he is not.