As each years passes, Netflix continue to put more and more resources into producing quality original content for the streaming platform.

While their main focus in years gone by was often in securing the right to well known movies and tv shows, they have certainly shifted focus towards their own productions in recent times.

The results have been emphatic, with a number of the most well-known shows currently on the airwaves now coming from the site.

If ever you needed proof just how deep their current pool of content is, next month provides a prime example.

Netflix will be releasing some fantastic original content over the month of September, including fresh seasons of their most successful series and new movies.

Here are some of the best of them.

One of Netflix's most successful shows returns for its fifth volume, with The Professor and the rest of the gang attempting to finish off what they have started at the Bank of Spain.

Starring Michael Keaton, this original movie follows the story of lawyer Kenneth Feinberg who 'battles cynicism, bureaucracy and politics to help the victims of 9/11 (Google)'.

Into the Night - Season 2

When the sun starts to kill everything in its path, a plane full of passengers must travel at night in an attempt to escape its destructive power and find some place safe. (Google)

The fifth season of Jack Whitehall's travel series with his father Michael, as the pair travel around the UK for one final adventure.

The streaming giant's long awaited documentary on the F1 legend will finally drop next month.

Another massive Netflix success of recent years, the students of Moordale will be returning for a third season of debauchery in a few weeks.

Love on the Spectrum - Season 2

This heralded docuseries focuses on 'young adults on the autism spectrum as they dive headfirst into the dating pool' (Google).

Monsters Inside: The 24 Faces of Billy Milligan

This documentary focuses on Billy Malligan, a serial rapist in the 1970s who claimed his actions were dictated by his various personalities.

Chris O'Dowd and Melissa McCarthy star in this comedy-drama. Here's the plot:

After Lilly suffers a loss, a combative Starling takes nest beside her quiet home. The feisty bird taunts and attacks the grief-stricken Lilly. On her journey to expel the Starling, she rediscovers her will to live and capacity for love. (IMDB)

Plenty to get stuck into over the next few weeks.

SEE ALSO: Americans' Ignorance Of Ireland The Highlight Of A Massive Night For Niall Horan 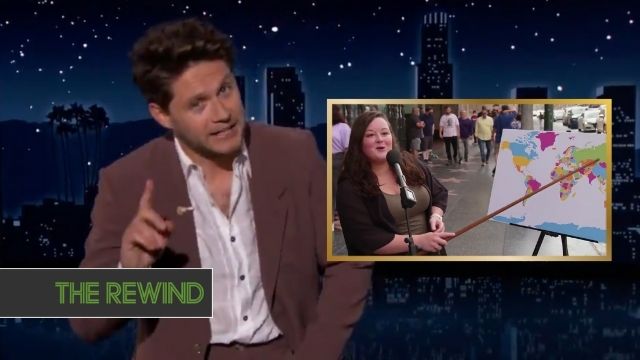 The Rewind
2 weeks ago
By Gary Connaughton
A Load Of Cracking New Movies Have Just Landed On Netflix
The Rewind
2 months ago
By Eoin Harrington
The Best Music Movies To Stream In Ireland
The Rewind
2 months ago
By Sean Meehan
7 Of The Best Stand-Up Comedy Specials Available On Netflix Right Now
Popular on Balls
Football
17 hours ago
By Eoin Harrington
Watch: Caoimhín Kelleher Penalty Save Helps Liverpool Through To EFL Cup Fourth Round
Football
20 hours ago
By Jonathan Byrne
The Battle Of Old Trafford: Roy Keane On Why Arsenal 'Crossed That Line'
Football
21 hours ago
By Andrew Dempsey
Shay Given Reveals 'Horrendous' Contract Offer That Forced His Celtic Departure