The eyes of America were on Mullingar's Niall Horan last night as he stepped in as guest host on Jimmy Kimmel Live, one of the biggest talk shows on American television. It was a big deal for the 27-year-old, especially having to perform the show's opening monologue in front of an audience of millions. And, as he so often does, Niall did Ireland proud, dispelling a few myths to the American audience about his homeland, and bemoaning the the fact that everyone in the States claims to be Irish.

As well as that though, the show used to opportunity to expose Americans' ignorance about Ireland. We've long known that Ireland outpunches its size in terms of reputation, but when it comes to actual details, many countries, including very close neighbours, remain understandably ignorant about the nuances of our tiny island. And yet, while a certain level of acceptable ignorance is one thing, looking for Ireland on a map and pointing out Russia is quite another.

The Jimmy Kimmel crew took to Hollywood Boulevard to find out what the average Californian knows about Ireland, and, as Niall said, it did not go well.

Can you name a city in Ireland? "Morocco"

What did St. Patrick do? "I don't know, I just thought he was just, like, a leprechaun."

You can watch Niall Horan's full 12 minute monologue here, which includes a birthday wish for his 91 year old Granny, a Conor McGregor impersonation, and a much overdue attack on American's use of "St. Patty's Day."

SEE ALSO: Americans Are Attacking Dustin The Turkey On Twitter Over Niall Horan 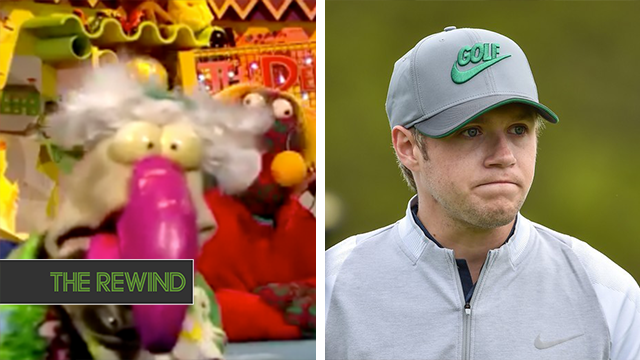