Rail staff are set to take a vote on industrial action later this year, with the lack of protection against anti-social behaviour on trains a major course of concern for those in the industry.

We have seen numerous examples on social media of such behaviour on public transport in recent months, with the issue only said to be worsening.

You certainly wouldn't have to look too far to find someone who has witnessed such incidents, with Pat Kenny providing his last trip on the DART as an example.

Speaking on The Pat Kenny Show, the broadcaster revealed he was offered a 'spliff' during his most recent trip on the rail service.

It happened to me on the DART. The last time I was on the DART, I was offered a spliff. "Hey Pat, do you want a spliff?"

You know, I know they were messing with me but at the same time I could observe the kind of intimidation people would feel when they took the train.

Despite everything I have ever been told about peer pressure, I have yet to ever meet one of these generous drug dealing strangers who gives stuff away for free.

This is not the first time Kenny has mentioned this incident.

Speaking to The Star earlier this year, he gave this as an example of the type of interactions he has with the public.

Surprisingly people say hello to me even with my mask on… but I have not suffered anything.

Occasionally when I get the dart into town, you get people shouting at you but it’s generally harmless banter. One guy offered me a joint one time on the way in the dart. You just have to maintain your dignity.

It’s a long time since I did the Late Late Show so maybe things have changed now in the social media era but I tend not to get it (abuse).

God only knows what would happen if he took the train more often... 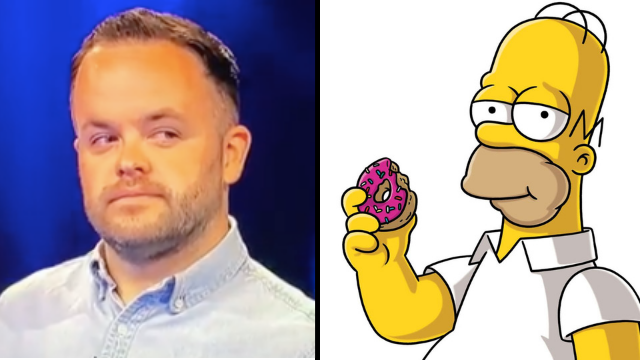