Peaky Blinders Movie 'Is Going To Happen' According To Show Creator

Cillian Murphy may have his next film role lined up already, as Peaky Blinders creator Stephen Knight all but confirmed that the series will move to the big screen once its run concludes after its sixth season.

The BBC series, which follows a gang called the Peaky Blinders in post-World War I Birmingham, has been relentlessly popular since its debut in 2013, with Irishman Murphy playing the lead role of Tommy Shelby. Yesterday saw the news that the show’s upcoming sixth series will be its last – but creator Stephen Knight has followed up that announcement today with one that is sure to please fans.

Quoted by Deadline, Knight said, “COVID changed our plans. But I can say that my plan from the beginning was to end Peaky with a movie. That is what is going to happen.”

The series’ executive producer Caryn Mandabach was also quoted as saying, “This final season of our beloved Peaky Blinders is going to be the best one yet. Steve’s uncanny ability to be prescient about world events is only matched by his ability to make Tommy Shelby the most indelible character of our times.”

The fifth season of Blinders was driven by the fallout from the 1929 financial crash and Knight has hinted that the sixth season will deal with the rise of fascism in Britain in the 1930s. With various lead characters having fought in the First World War, the potential for the story to come full circle with the imminent Second World War will surely excite fans.

The sixth season has now begun filming, with no word yet on an exact air date.

SEE ALSO: QUIZ: How Well Do You Remember The Commitments? 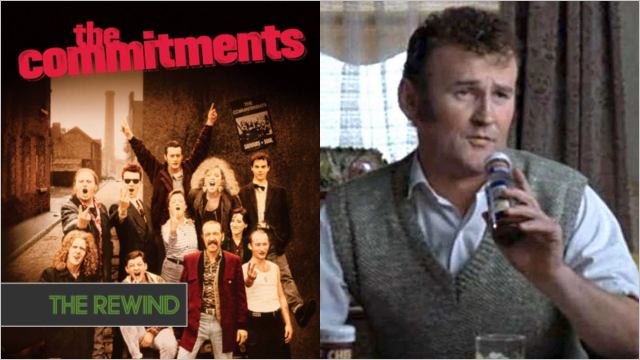 The Rewind
16 hours ago
By Sean Meehan
Introducing The Vote For Ireland's Greatest Singalong Song
The Rewind
20 hours ago
By Mark Farrelly
Can You Get 10/10 In Our Ultimate Father Ted Sports Quiz?
The Rewind
1 day ago
By Michael McCarthy
Quiz: Can You Remember What Wrestler Was In These Movies?
Previous Next