While it didn't require a Demogorgon or Mind Flayer to halt production on the new season of Stranger Things, filming was placed into the Upside Down thanks to COVID.

Sadly, the cameras already started rolling on Season 4 before it was shut down due to the coronavirus but there's some good news for fans of the beloved Netflix show because Season 4 will not be its final one.

During an interview with The Hollywood Reporter, Ross Duffer, the show's co-creator, said that we'll be returning to Hawkins, Indiana for a few more years to come.

"Season four won't be the end. We know what the end is, and we know when it is. [The pandemic] has given us time to look ahead, figure out what is best for the show. Starting to fill that out gave us a better idea of how long we need to tell that story," said Duffer.

While lockdown has been problematic for various TV shows and films, Duffer said that the free time has allowed him and his brother to perfect the scripts for Stranger Things.

"We've had a lot more time to work on the scripts. For the first time, we have all the scripts written and we're able to look at it as a whole piece and make adjustments," he said.

As of yet, Netflix hasn't officially announced Season 5 of Stranger Things 5, but the decision to carry on with even more episodes does make sense.

After all, without divulging too many spoilers, Season 3 did take the supernatural action outside of the US and these comments by Ross Duffer also support a previous interview that David Harbour (Hopper) gave about the potential of a fifth season.

"I will tell you in Season 4 and in Season 5, if we’re ever able to film again, there is a lot to be revealed around the complexities of [Hopper’s] story, which is really rich, and I’m really excited for you to see. And, it’s really one of these things where I see the series as a whole, because we know the ending, you’ll be able to go back and watch it and see, you know, what we were planting in season 3 that paid off in season 4 and season 5," said Harbour to The Gold Derby.

As for Season 4, production on the new episodes is expected to resume in September, depending on COVID measures and restrictions.

SEE ALSO: Here Are 10 Of The Best Series On Netflix Right Now 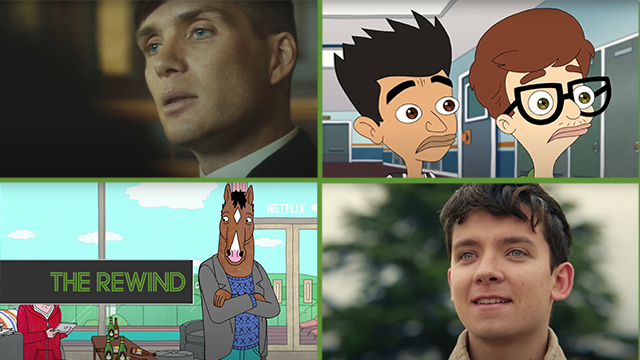 The Rewind
3 months ago
By Mark Farrelly
15 Things That Would Happen If 'Stranger Things' Was Set In Offaly
The Rewind
1 year ago
By Sean Meehan
The Rewind Recommends: 3 Things To Watch Today
Previous Next

The Rewind
3 months ago
By Mark Farrelly
15 Things That Would Happen If 'Stranger Things' Was Set In Offaly
The Rewind
1 year ago
By Sean Meehan
The Rewind Recommends: 3 Things To Watch Today
Popular on Balls
GAA
20 hours ago
By PJ Browne
'I Have Pictures Of Stephen Cluxton All Around My House, It’s A Bit Weird!'
Rugby
21 hours ago
By Balls Team
Son Of Offaly Hurling Legend Set For Super Rugby Debut
The Rewind
19 hours ago
By Sean Meehan
Introducing The Vote For Ireland's Greatest Singalong Song
Rugby
16 hours ago
By Eoin Harrington
Rob Kearney Player Mic Gives Great Insight On Western Force Debut