WARNING: If you haven't watched Season 1 and 2 of Succession, or if you have, but are the type to not like to see trailers that give clues about an upcoming season, do not read this article.

With that out of the way, it was with tremendous excitement we noticed the trailer for Succession Season 3 in our inbox this morning.

We left the characters back in October 2019 with a bombshell. Forced to sacrifice a high profile member of his family in order to save himself and his company, Logan Roy, the Murdoch-esque patriarch of the Roy family, played by Brian Cox, sends his son Kendall to the wolves. Kendall, the former heir to the throne, and struggling addict, lost his mojo in Season 2 after a hostile takeover attempt went badly wrong, and between the jigs and the reels, he ended up killing a waiter in the English countryside by driving into a lake while out of his mind on drugs. Normal enough stuff.

In the season finale though, Kendall very much finds his feet again, and publicly betrays Logan. In the final moments of the episode, there is a shot of Brian Cox's face showing what many thought to be a hint of pride in his son committing a ruthless act to save himself.

The trailer would suggest we either read that look wrong, or Logan Roy got over his burst of paternal pride pretty bloody quickly. He is not a happy man in the one minute clip released by Sky Atlantic for Season 3.

It sets up an intriguing season of civil war in the Roy family, a group of truly awful, yet utterly compelling people.

Roy daughter Siobhan is being played as the key the battle between Logan and Kendall, but as we know by know, "Shiv" is very much playing her own game, and cannot be taken at face value.

The release date for Season 3 of Succession is as yet unknown, with Sky promising it in the autumn. It will be broadcast on Sky Atlantic and streaming service NOW.

The press release gives a very brief and vague synopsis of what's ahead in Succession Season 3.

Ambushed by his rebellious son Kendall at the end of Season 2, Logan Roy begins Season 3 in a perilous position. Scrambling to secure familial, political, and financial alliances, tensions rise as a bitter corporate battle threatens to turn into a family civil war.

Seasons 1-2 are available to catch up now on Sky On-Demand and NOW.

SEE ALSO: Trailer For 'The Sopranos' Prequel Is Finally Here And It Looks Incredible 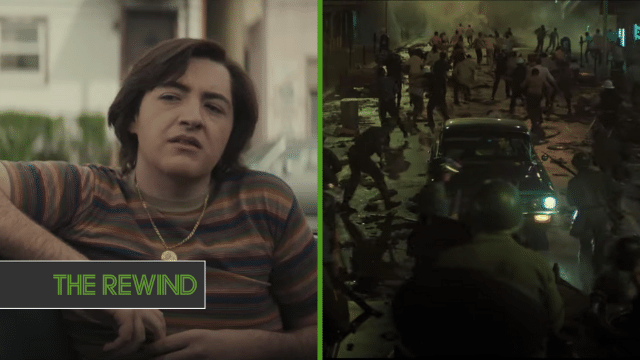 The Rewind
1 year ago
By Mark Farrelly
The Rewind Recommends: 3 Brilliant Shows To Watch Today

The Rewind
1 year ago
By Mark Farrelly
The Rewind Recommends: 3 Brilliant Shows To Watch Today
Popular on Balls
Olympics
17 hours ago
By Eoin Harrington
Team Australia In Hot Water After 'Unacceptable Behaviour' On Flight Back From Olympics
168