All of Ireland has been coping with 5km travel restrictions since the third lockdown was introduced, though it turns out some people have been coping better than others.

The gardaí released details this evening of the recipients of the Fixed Penalty Notices they've dished out in the past week or so, which are given to people found to stray outside 5km limit for non-essential reasons. 29 people have been in receipt of FPNs, including three people who were stopped in Ringsend in Dublin 4. Upon questioning from guards, it was revealed that the trio had traveled from county Meath, over 80kms away, in a car with the purpose of collecting burgers from a takeaway.

Per the Irish Examiner:

Gardaí said that at a checkpoint at Sean Moore Road in Ringsend the driver of a vehicle stopped by officers said that he and two passengers had travelled from Co. Meath to collect ‘burgers’ from a takeaway restaurant in Dublin 4. All three were around 80km from home and received a FPN.

Unfortunately, going for a takeaway is not considered an 'essential journey'.

Our Meath sources tell us that towns like Navan and Ashbourne all have premium takeaway options. It's worth noting that the men did not travel from towns like Ratoath, which are essentially Dublin suburbs at this stage. The guards didn't reveal where in Meath the car travelled from, but the map belows show that an 80km journey from Ringsend will get you as far Kells, in the heart of north Meath. 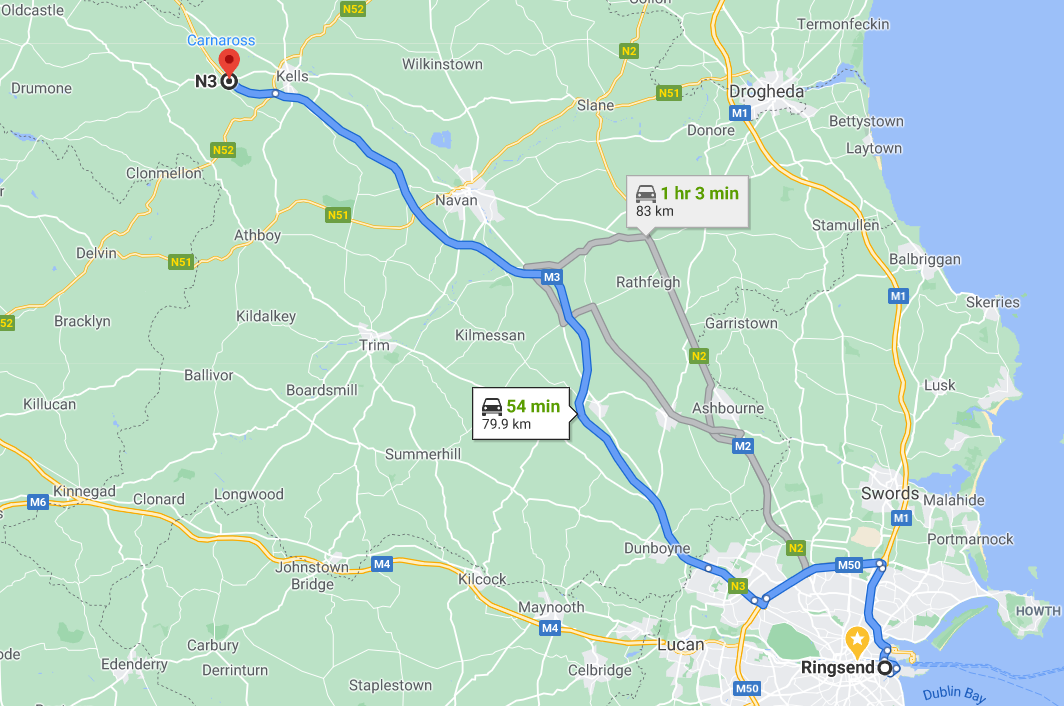 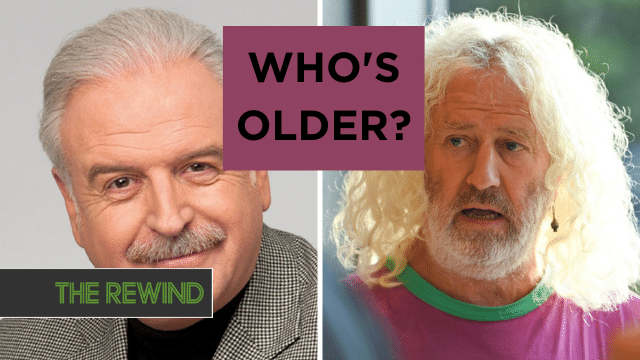 The Rewind
1 year ago
By Paul Moore
Liveline Powerfully Captured The Nation's Heartbreak, Anger, And Pain Following Golf Gate
The Rewind
1 year ago
By Paul Moore
It Looks Very Likely That Pubs Will Not Reopen From August 10
Popular on Balls
Football
1 day ago
By Eoin Harrington
'Ronaldo Is A Cod' - Remembering Eamon Dunphy's Infamous 2008 Rant
GAA
17 hours ago
By PJ Browne
The Draw Has Been Made For Tailteann Cup Opening Rounds
GAA
1 day ago
By PJ Browne
Donal Óg Cusack Defends Dublin Hurlers After John Mullane Criticism
The Rewind
2 days ago
By Eoin Harrington
Watch: Brilliant Dermot Morgan Dublin Segment From 'The Travel Show' Resurfaces