Unquiet Graves, the story of the notorious Glenanne Gang, and their collusion with the RUC and British security forces, was aired last night on RTE 1, and it made for harrowing viewing.

Narrated by Stephen Rea and directed by Sean Murray, the film chronicles the gang's murderous rampage through the so-called "murder triangle" in Tyrone and Aramgh in the 1970s, killing Catholic civilians, and focuses on British collusion in the deaths of 120 civilian victims.

As the film's synopsis states: "The British government knew that collusion was going on and condoned it. The suffering of victims and survivors is today compounded by the refusal of both the Irish and British governments in dealing with the past by facing up to their responsibilities in pursuing truth and justice for those affected."

"The film hopes to redress an imbalance within public discourse while also offering a contextual appreciation of these tragic events from the perspectives of the families themselves, an important procedure not adequately afforded by institutional broadcasters in cases of state violence."

One of the most shocking part of Unquiet Graves was the exposure of a plan, that was ultimately nixed by the UVF, to attack a primary school, killing all children and teachers in the building. The incredible revelation naturally drew a huge reaction from viewers.

The plan was to attack a primary school, to kill all the children in the school - to kill the teachers #UnquietGraves pic.twitter.com/tqMJRR8Vdb

Go into a primary school in Co Armagh and kill the innocent kids and teachers. That’s what the UDR and British intelligence intended to do. Couldn’t imagine the peace we have today if that had ever happened #UnquietGraves #GlenanneGang

When the wearing of the poppy becomes a thing again in November, remember those soldiers of the crown who had planned to shoot up a primary school in Armagh. #UnquietGraves

#UnquietGraves the planned shooting of a primary school by British military intelligence is beyond sickening.

‘Even for the UVF it was a step too far’

There was shock and anger throughout the broadcast, with many calling on the British and Irish state to do more to bring justice for the families of the murdered civilians.

The British State & their proxies used every means at their disposal to target, kill & cover up murder here, spanning across decades.

Now, they use every means to resist accountability.

Huge credit must go to all families & activists who tirelessly demand truth.#UnquietGraves

#UnquietGraves would absolutely boil your blood

#UnquietGraves shows why many of the catholic families that didn’t support the IRA campaign never ever will trust the state here. It’s been handed down, as has the anger & resentment about the South much turning its back & why sneers about the North being a basket case are vile

How is this act of far-right terror not widely known and understood? #UnquietGraves #GlenanneGang

If you missed Unquiet Graves, you can watch the 75 minute film on the RTE Player now.

SEE ALSO: The Troubles And Boxing - How One Defeated The Other 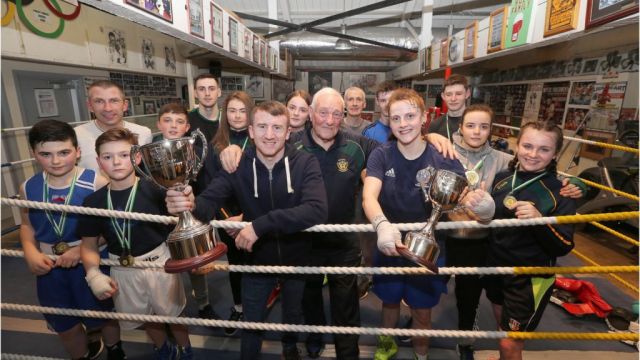