If you were a teenager around the turn of the century, there is a very good chance you were watching pro-wrestling. The 'Attitude Era' remains the golden age of WWE, and nothing the company has produced before or since has had quite the same impact on mainstream pop-culture.

On April Fools day in 2001, WWE staged the 17th edition of their annual showpiece event - WrestleMania X-Seven (because X-Seven sounded cooler than 17 at the time apparently) at the Houston Astrodome. It is widely considered by wrestling fans as the greatest pay-per-view event in the company's history.

Just days before the show, WWE had purchased rival group WCW to officially bring an end to the 'Monday Night Wars', and Vince McMahon's empire had assumed a position of strength within the industry that remains untouched. This WrestleMania would feature a main event between 'Stone Cold' Steve Austin and The Rock, the two biggest stars in the industry who were both at the peak of their popularity. 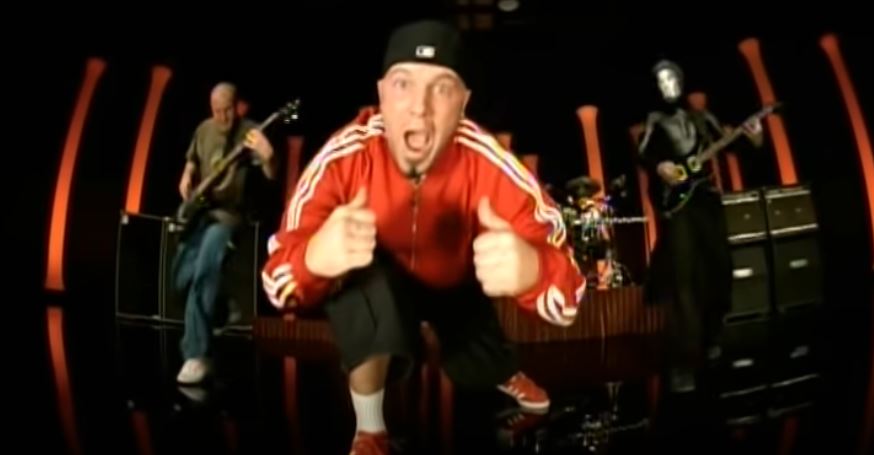 Another entity that was experiencing a pop-culture boom period at the time was Limp Bizkit (remember them!?). An American rap-rock band who in many ways defined the 'nu-metal' craze that was taking the world by storm. They sold more than 1 million copies of 'Chocolate Starfish and the Hot Dog Flavored Water' in its first week of release. Guitar music at the time couldn't truly be considered as 'rock' unless there was the sound of a record-scratch mixed into the track and a white guy rapping over it. If you think that the start of the current decade has been weird, try going down a Limp Bizkit/Fred Durst rabbit-hole on YouTube to make yourself feel better.

When WWE used the Limp Bizkit track 'My Way' as part of the promo package for the Rock-Austin match, a small piece of crossover pop-culture magic was created and it has stood the test of time. The promo brings back floods of memories for both lapsed and long-suffering wrestling fans who know that they will probably never reach those heights again.

While this WrestleMania lived up to the billing and was a fitting coronation of WWE's success, wrestling's trajectory since that night suggests that this was certainly the peak of its popularity. This has a lot to do with the conclusion of the main event, where 'Stone Cold' Steve Austin 'turned heel' and aligned himself with his arch-nemesis Mr. McMahon. Austin's popularity was such that his heel-turn had little impact on the live Texas crowd, who cheered him on anyway. But in the long run, the character switch drove a section of the audience away, and WWE's ratings and popularity have been on the slide ever since.

Many within the company look back on this move as a mistake, including WWE legend Jim Ross who recently spoke about it on his Grilling JR podcast.

I think Austin’s turning heel in his home state, in his home market, at WrestleMania was ill-planned. Getting Steve over as a heel was never going to work. It’s just miscasting. That’s why all the great directors in Hollywood kept John Wayne a babyface. That’s why when guys started directing Clint Eastwood, he was a character babyface. He was a cold-hearted killer, but he was a hero, and he was a babyface because he had a cause. I’m a big believer that the audience was never gonna accept Steve as a villain. And they didn’t.

Steve Austin himself has spoken of his regret in turning heel - a move that he had originally pushed for. During an appearance on the Pardon My Take podcast in 2019, Austin said "I’ve re-thought that thing so many times...if I could go back, I woulda just said, ‘Hey man, I’m calling an audible, watch the stunner' and then stun his ass (McMahon), woulda maintained my babyface run."

The rest, as they say, is history. Austin retired from in-ring action in 2003, while The Rock would soon depart for Hollywood. Limp Bizkit's mainstream popularity and the nu-metal wave thankfully came to an end in the years that followed (although 'My Way' is still a banger in fairness). WWE has never had a moment like that since, with two mega-stars performing at their peak and drawing huge weekly TV ratings and pay-per-view buys.

But there will always be nostalgia, and for a generation of wrestling fans, this promo package is as good as it gets.

SEE ALSO: 10 Signs That A Wrestling Fan Lived In Your House During The WWE Attitude Era

American Sports
3 weeks ago
By Colman Stanley
Two Irish-Born Players Will Be At NFL Training Camps As They Aim To Make History
American Sports
1 month ago
By Jonathan Browne
5 Things To Expect From WrestleMania 38 This Weekend
American Sports
1 month ago
By Jonathan Browne
5 Times Footballers Mixed It Up With Pro Wrestlers
Popular on Balls
Football
19 hours ago
By Luke Delaney
Obafemi In As Stephen Kenny Names 27-Man Nations League Squad
GAA
2 days ago
By PJ Browne
How A Kerry Guard Ended Up Playing For The Tipperary Footballers
Football
17 hours ago
By PJ Browne
Five Things Learned From Stephen Kenny's Nations League Press Conference
Motorsport
1 day ago
By Eoin Harrington
F1: New Team Radio Clips Show Sergio Perez Frustration With Team Orders In Barcelona