The NFL have denied reports that they told rapper Eminem to not kneel during his performance at the Super Bowl halftime show.

Slim Shady was part of a star-studded halftime show last night as himself, Dr. Dre, Snoop Dogg, Mary J. Blige, 50 Cent and Kendrick Lamar performed all the hits in front of a huge crowd at Los Angeles in the SoFi Stadium.

Eminem went on and of course played his Oscar-winning hit Lose Yourself. It went off perfectly but as the song was coming to an end he began to kneel and the song transitioned to Dr. Dre's Still D.R.E.

This is it. Right here. Eminem takes a knee as Dr. Dre plays Tupac’s I ain’t mad at cha on the piano. Here’s when I lost it pic.twitter.com/uDIaSYJJB8

Taking a knee was a form of protest championed by former San Francisco 49ers quarterback Colin Kaepernick, who took a knee during the national anthem in 2015 to raise awareness about police brutality against African Americans. Controversy ensued and it divided opinion as some felt Kaepernick kneeling during the national anthem was disrespectful. The league even brought in a rule all but banning taking the knee.

The media storm around it lasted years and it ended up with Kaepernick leaving the 49ers and suing the NFL because he was allegedly blackballed by all the owners of NFL teams and they wouldn't sign him because of his activism.

So it's a fairly touchy subject for the league and commissioner Roger Goodell and reportedly during the rehearsal for the halftime show, the NFL told Eminem to not take the knee. Website Puck published an article on Sunday before the game on the various changes the NFL sought to make to the performance.

Meanwhile, the league nixed a plan by Eminem to kneel, Colin Kaepernick-style. Organizers also flagged something that Snoop Dogg was set to wear as possibly appearing gang-related.

Slim Shady went and did it anyway. The NFL however denied it had ever tried to stop the gesture. Brian McCarthy, a spokesperson for the NFL said the league 'watched all elements of the show during multiple rehearsals this week and were aware that Eminem was going to do that'.

The performance came in the middle of the Los Angeles Rams winning their first Super Bowl since moving back to LA as a Cooper Kupp touchdown late in the fourth quarter gave them a 23-20 victory. 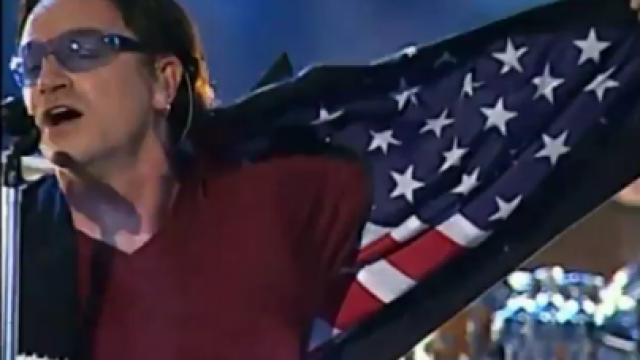