It's the rematch the entire sport wants to see. Fresh from a formidable Las Vegas debut with an easy victory over Tom Schwarz, the question was asked of Tyson Fury; when's the Wilder fight?

Speaking after his early two-round win, the British heavyweight was adamant that the bout is coming.

The biggest fight in world boxing, barring none. Deontay Wilder, Tyson Fury, the rematch. It’s the biggest fight were going to see in the next few years. I don’t see anybody else coming up who can be as big. You’ve got two undefeated heavyweight champions, the lineal champion and the WBC champion, fighting in their prime. It doesn’t get any bigger.

Promoter Frank Warren was even willing to give a timeframe on BBC 5: "It's highly probable that fight will happen early next year." 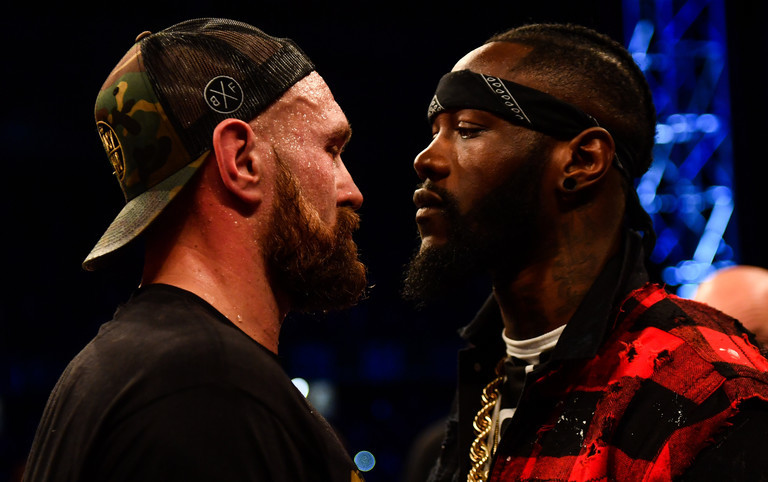 Fury recently linked with wit Top Rank and ESPN stateside and CEO Bob Arum has explained that a joint-venture between rivals Top Rank and Premier Boxing Champions will promote the fight and it likely will take place in Las Vegas.

It belongs in Las Vegas because the casinos bring in the biggest punters and therefore the prices are sky high. A gate that might do £2m at the O2 in London or do maybe $3m in New York would do 30 million here in Las Vegas. It has the infrastructure to handle a big fight.

In the meantime, another American contest is likely later in the year for Tyson Fury on September 21 or October 5. Meanwhile, Deontay Wilder must overcome Cuban slugger Luis Ortiz later in the year. Should they both come through these tests unscathed, it paves the way for the heavyweight showdown.