In 1936, the Irish Times reported on a 'special telegram' to announce a huge step 'towards the consolidation of boxing relations between Ireland and America'. An Irish boxing event, filled to the brim with Irish boxers, was to take place at 'the world's most famous arena,' the Garden.

It instigated a love affair that would see John Duddy, Michael Conlan and Sean Mannion secure raucous support. It was Mannion who left a lasting legacy in the town, despite losing his world title shot at the venue.

Rónán Mac Con Iomaire penned a book about Mannion and was shocked to discover the regard he was held in. The man who went from the wild terrain of Connemara to the chaos of Boston's construction sites and onto the biggest stage of them all garnered widespread respect.

I went to Boston to research the book, I went to the Boston Gardens. There was a big pro boxing night there for the first time in five years. Sean was sitting ringside and there was this constant group of people going up to shake his hand. I'd met Sean back in Ireland and he had no profile.

I was asking him 'who is this?' And he would say 'oh, a former manager of such and such.' All world title people or former Whitey Bulger henchmen. They were the people in the queue. He was a big deal over there.

In its heyday with Ali and Frazier a mainstay, it was known as the Temple of Fistiana. Should Katie Taylor prove successful in her quest to become undisputed world champion, Madison Square Garden will become her Mecca. 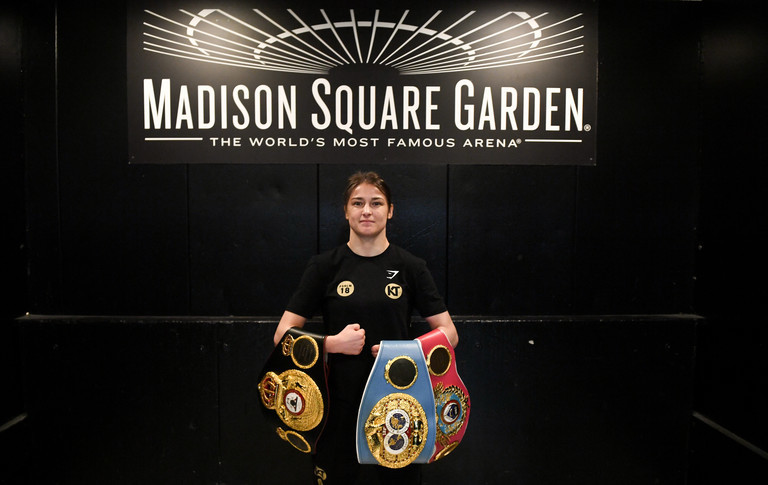 She is close now. 30 months after she first reached out to Ross Enamait and went to train in Connecticut, Taylor is on the verge of conquering the paid ranks. The fact she can do it in the sport's most iconic arena is fitting. That famous circular shape and unique, cable-supported ceiling will host the green, white and gold or black, yellow and red tri-colour come the early hours of Sunday morning.

In 1993, the corporation who ran the building actually closed the door on boxing because it was losing money and attracting negative press. It was indicative of a wider shift in the sport.

Las Vegas and Atlantic City were the new prized destinations. Casinos could underwrite costs, a sense of aura replaced by the scent of riches.

Promoters could still rent out Madison Square Garden, but just to turn the lights on and have stewards in place would set them back $100, 000. The smaller adjacent arena was priced at $30, 000. The unintended consequence was that only the biggest bouts would willingly take the hit to utilise the theatre.

Her debut in the New York hotspot came last December. From the moment she marched out to the Pogues’ classic tune, Taylor reigned supreme. There was no doubt that Finland’s Eva Wahlström was the away fighter and Taylor sent her packing with a masterclass 100-90 showing, winning every minute of every round. 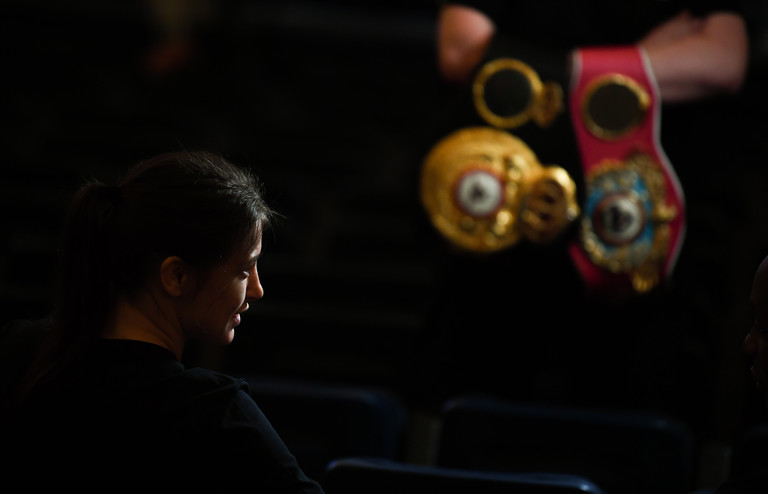 "What better setting for the undisputed lightweight title?" asked promoter Eddie Hearn in the aftermath of that bout in reference to Saturday's surround.

The biggest fight of her career on the biggest stage of all, this is Katie Taylor's time.

SEE ALSO: 'This Is What Boxing Needs' - Significance Of Fight Not Lost On Katie Taylor