It's 918 days since Katie Taylor turned professional. She's averaged a fight every 56 days, a hectic schedule that meant 14 bouts across less than three years.

The Irish undisputed lightweight world champion is still home and in the midst of her longest break yet. It's well-deserved, given the bruiser that was her recent contest at Madison Square Garden which resulted in a majority decision victory.

"I’m going back to America to train next week and my next fight will in October," said Taylor. The opponent is yet to be decided. 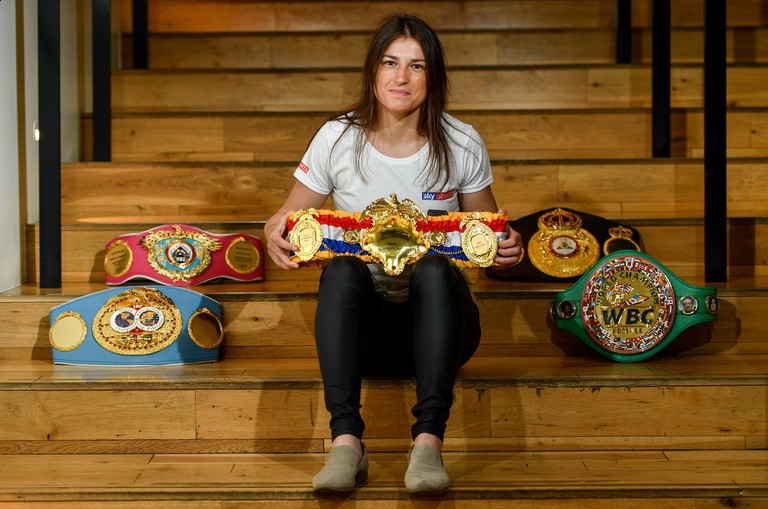 Originally, it was set to be Amanda Serrano, as the boxer's camp told Balls.ie last month. However, a public and contentious dispute between the American and her promoter means that long-awaited showdown is now unlikely. Taylor's manager Brian Peters isn't short of options though, as he matter-of-factly outlines.

We fought her sister (Cindy) back in October. After that Eddie signed up to a three-fight deal and Amanda had one of those fights. She committed and then whatever has happened between Amanda and Lou (DiBella), I’m not sure.

He certainly signed a contract. It will be sorted in due course but like everything you need the platform, the build-up, she has to get another fight. We have loads of other plans, journeys, routes to take. We’re certainly not stuck for options.

Last month, Peters had said, "if the Serrano fight happens this year, (Cecilia) Braekhus is lined up after that." But when asked by Balls.ie he explains that also isn't a likely match-up for the next outing.

Yet one option is MMA star Holly Holm, even though she was TKO’d by 135lb champion Amanda Nunes at UFC 239 last week.

"Cecilia has to have a couple of fights first. Holly Holm could (fight). I know she had a bad defeat there, but there were talks from her lately."

It's not just an idea either. Peters has been in contact with Holm's camp.

I talked before, I know her manager quite well. It was a bad defeat at the weekend. These talks, it can take ages, but when Mayweather and McGregor was first mentioned everyone laughed and thought it was impossible.

As for Taylor, Delfine Persoon still looms large and the Belgian has been clamouring for another shot, something that will eventually occur: "The rematch will definitely happen at some stage."

But she wears a knowing smile at the possibility of Holm. The prospect of the former UFC women's bantamweight champion and former undisputed welterweight boxing champion is cause for excitement, not angst.

"I obviously want to be involved in big fights, the bigger and the better. I want to make history in this sport."

Katie Taylor was at an exclusive Sky VIP event at The Lighthouse Cinema. Sky customers can join Sky VIP for free by downloading the My Sky app where they can enjoy money-can't-buy experiences and more.

Boxing
2 years ago
By Maurice Brosnan
'The Deal Is Done, The Purse Is Agreed. She Has Signed' - Taylor's Camp Confirm Next Move
Boxing
2 years ago
By Maurice Brosnan
'I Am Not Really Concerned About What Other People Are Saying'
Popular on Balls
Football
17 hours ago
By Colman Stanley
BBC Apologise After 'Manchester United Are Rubbish' Ticker Error
Football
1 day ago
By Gary Connaughton
Gary Neville Worried About Future Of Burnley After Relegation To Championship
GAA
2 days ago
By PJ Browne
Controversy In All-Ireland U20 Hurling Final Over Dubious Crucial Point
GAA
23 hours ago
By PJ Browne
How A Kerry Guard Ended Up Playing For The Tipperary Footballers