Michael Conlan avenged the most significant loss of his career against Vladimir Nikitin last night, setting up a possible world title shot back in his home city next summer.

The Belfast boxer controversially lost to the Russian in the Olympic quarter-final in 2016, but he has finally made up for that loss within the amateur ranks by cruising to a unanimous decision at Madison Square Garden. At the end of ten rounds, the scorecards read 100-90, 99-91, 98-92, ultimately stretching Conlan's unbeaten start in the professional ranks to 13.

Speaking to ESPN in the ring after the fight, Conlan said:

I've always said no ill-feeling towards Vladimir, nothing was personal. I just needed to get that one back.

Attention now turns towards a potential world title fight, possibly in Belfast as soon as next August. In the lead-up to the fight, Conlan's promoter, Bob Arum, claimed the objective was now to get a world title fight to Belfast after the 28-year-old first fights back in New York on St Patrick's Weekend. 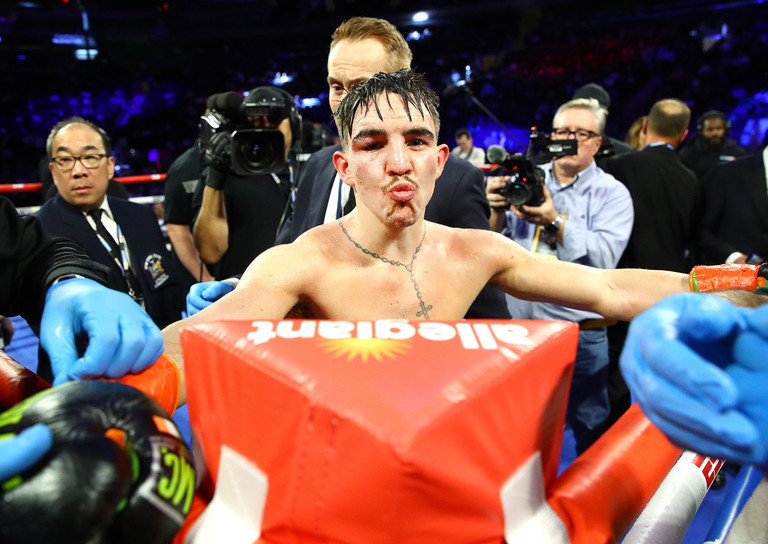 When quizzed after when he thinks a world title fight will take place, Conlan responded: "Within the next 12 months."

However, the Irishman was reluctant to call out any names after the fight, instead pointing towards more pressing priorities over the next few weeks.

I want to enjoy this. I want a Christmas dinner with ham and all the trimmings.