Tyson Fury stopped Deontay Wilder in the seventh round of their WBC heavyweight title in Las Vegas on Saturday night.

With 1:39 of the round elapsed, referee Kenny Bayless stepped in to stop the fight after the towel was thrown in from Wilder's corner.

Fury had totally dominated the fight up to that point, winning every round and putting Wilder on the canvas twice.

In all, Fury landed 58 power punches over the six and a bit rounds.

Wilder said the "best man won" but he would have liked to "go out on his shield" rather than see his corner throw the towel in.

Fury first had Wilder on the deck in the third round when a right hand landed to the American's head. Thereafter, Wilder looked off balance as blood spilt from his ear.

Tyson Fury gives Wilder the quick 1-2 for the knockdown. Wilder was wobbly well after and is in deep trouble in Round 4. Wilder is bleeding from multiple orifices. The Gypsy King is savaging the Bronze Bomber. #WilderFury2 pic.twitter.com/V4wazHA5q4

The 31-year-old Fury, who came into the fight as lineal champion, again had Wilder on the ground in the fifth round, this time after a body shot.

At the end of the sixth, Fury literally tasted Wilder's blood, sticking his tongue out and lifting some from his opponent's shoulder as the two stood on the ropes. 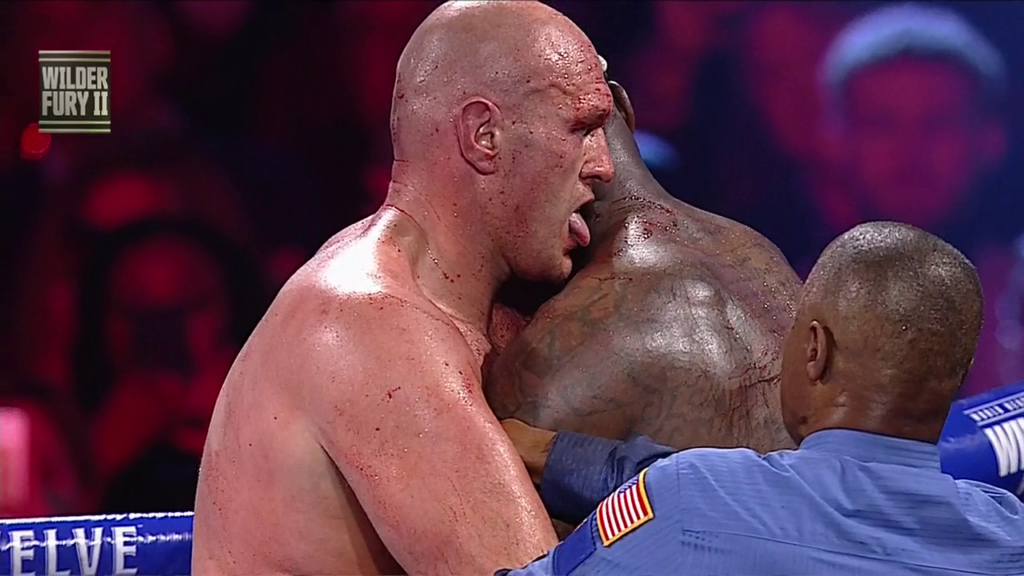 In the seventh, with Wilder again on the ropes and unable to answer Fury's blows, Wilder's corner threw in the towel and the referee stopped the fight.