1990s League of Ireland Jerseys Were Absolutely Mental, And We Loved Every One!

The 90s were a funny old time for fashion, and that didn't stop when it came to the football pitch.

Cheap material, massive sponsors, and designs that looked like they had been painted by a blind person were the norm, but looking back, you can't help but admire the decisions that were made by the likes of Adidas, Umbro, and of course, Le Coq Sportif.

We love a good retro jersey here at Balls.ie, but we also love a bad one too, and we've had a dig for some of the the more noteworthy League of Ireland jerseys from the 1990s, and while some are good, some are very, very bad. 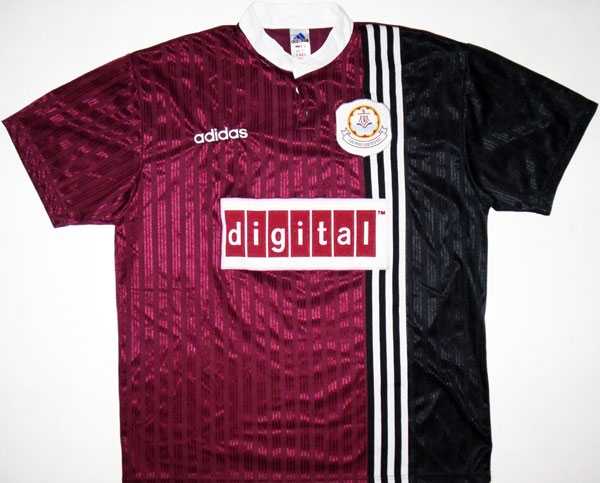 Not entirely sure what 'Digital' did at the time, but they sponsored Galway and that template is a 90s Adidas classic. Works well with those colours too, a cracker for the time. 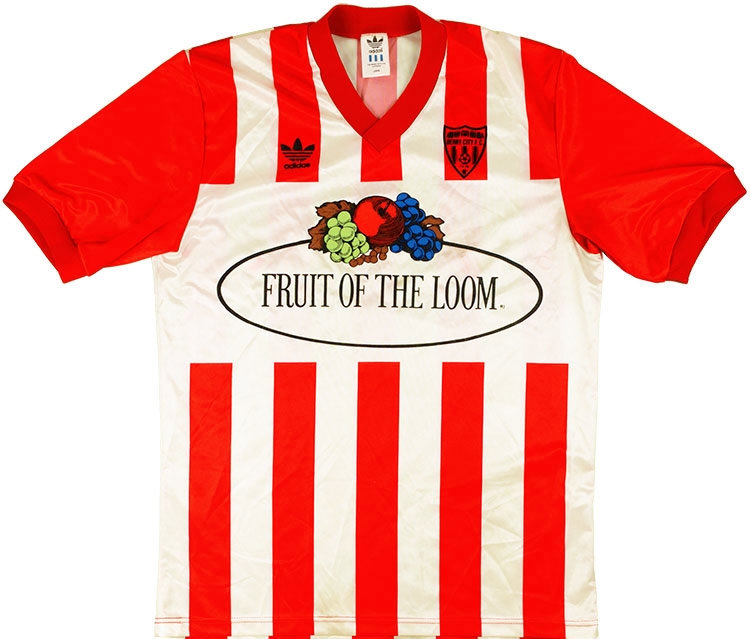 When you think of Derry City in the 90s, you think 'FRUIT OF THE LOOM'. 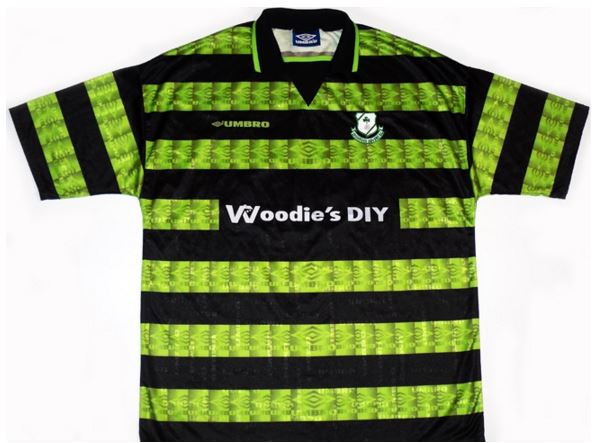 This won't be the last time Rovers feature here, but they outdid themselves with their kits in the 90s. Umbro were taking the piss a bit here. 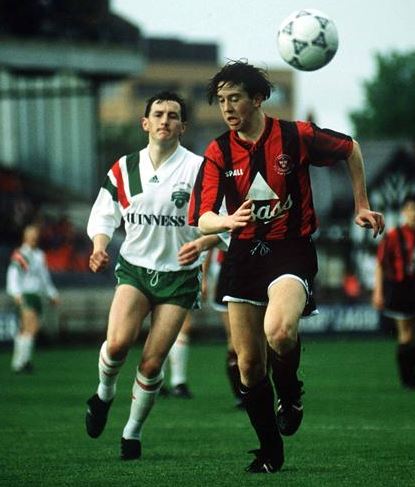 Another gem here, the Cork colours looked great with that Adidas template, the 90s really were a good time for the German sportswear giant. Special mention to Bohs' absolutely gigantic 'BASS' sponsor too. 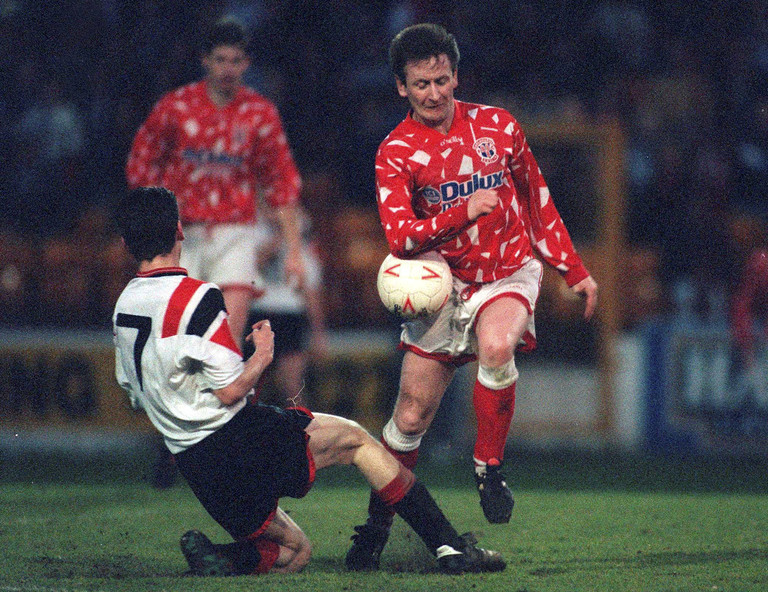 It's fitting that Shelbourne should've had a jersey that resembled paint spatters when you see their main sponsor is Dulux.

This is a beautiful mess, but the colour scheme from the kit to the crest to the sponsor just works. 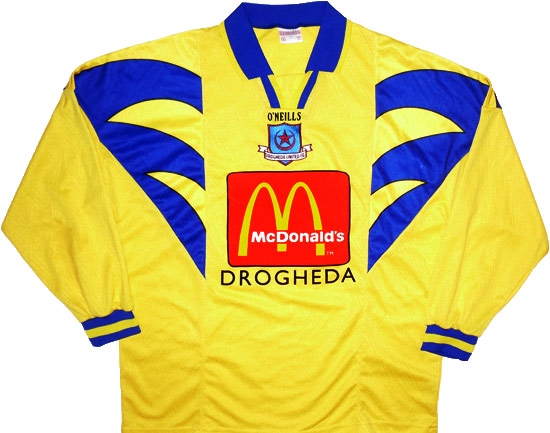 An absolute monstrosity. McDonalds logos do not work as shirt sponsors.

However, you have to admire O'Neills using a template that seemingly incorporates the McDonald's Golden Arches. It's the kind of brand integration you'd kill for. 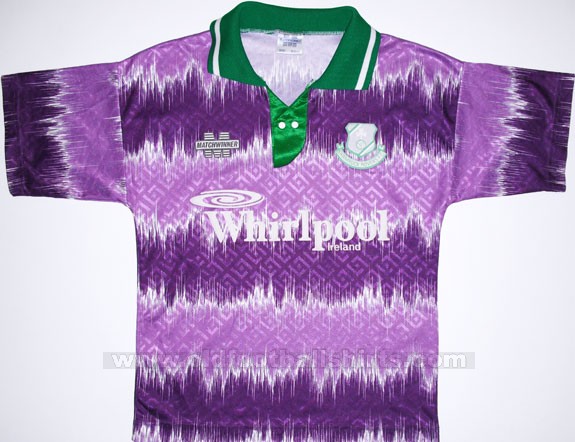 We know Rovers like a bit of purple, but jaysus.

Also worth noting this jersey was made by 'Matchwinner', whoever they are. 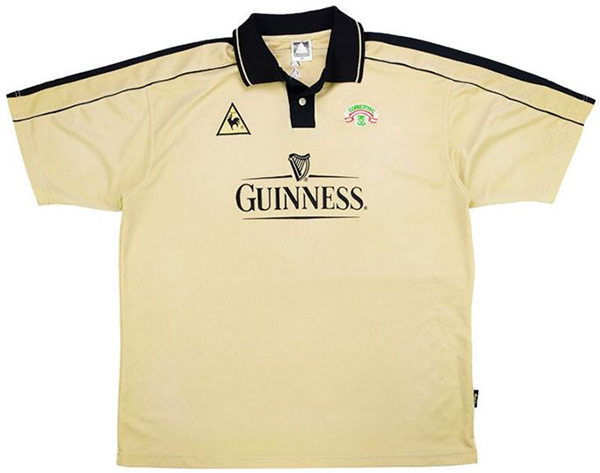 Sometimes a sponsor just works on a jersey. Even better when the sponsor is Guinness and the jersey itself looks like the head of a pint of Guinness. 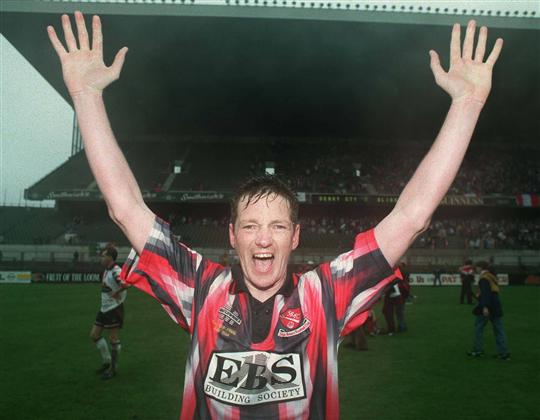 Sligo won the FAI Cup is this headache of a football shirt.

This is another 'Matchwinner' piece, so it's safe to say that they were specialists in fabric headaches. 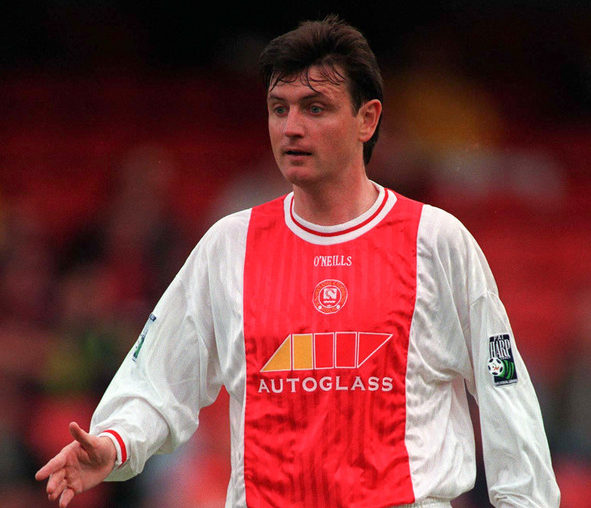 Name a person who doesn't love the classic Ajax home kit look and we'll name you a liar.

O'Neills brought a bit of Amsterdam to Inchicore in 1997 with this absolute stunner. 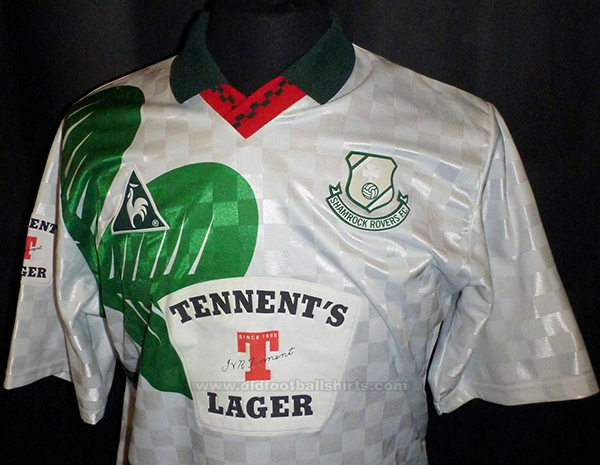 When you think of French fashion, you think of elegance, Parisien chic, demure tones, subtle shading, that luxurious je ne sais quoi. For this Shamrock Rovers kit, Le Coq Sportif threw that all out the window.

At least Matchwinner had the gall to go all out. 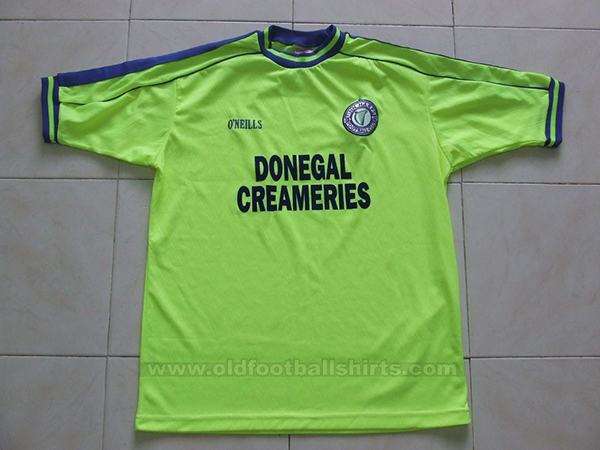 Finn Harps reached the 1999 FAI Cup final and were spotted easily by motorists at night in this luminous version of Brazil's 1998 World Cup jersey. 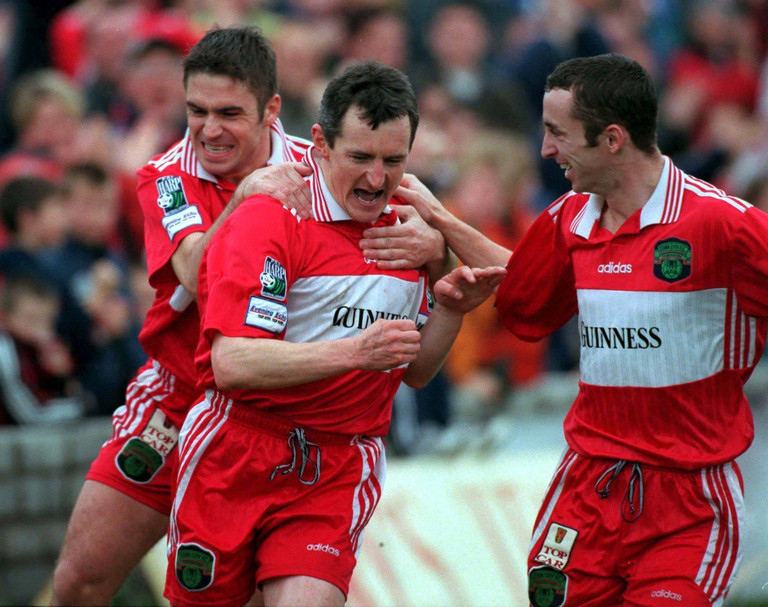 Okay, we're sorry, but in the 90s, Adidas and Cork City ruled the roost.

This is just good clean fun right here. The same template was also used by Adidas on their infamous and iconic Kerry GAA jersey, perfection. 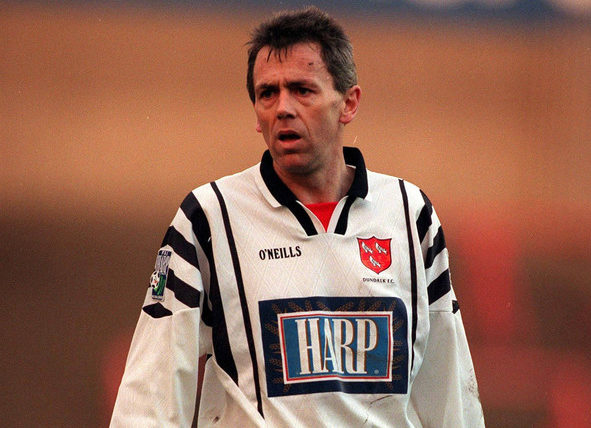 A sponsor can make or break a jersey. Usually, the more garish the sponsor, the less likely we are to be enamoured with a bit of kit.

However, this is Dundalk and Harp were talking about here, one of the most iconic duos in League of Ireland history. We say: Make it bigger! 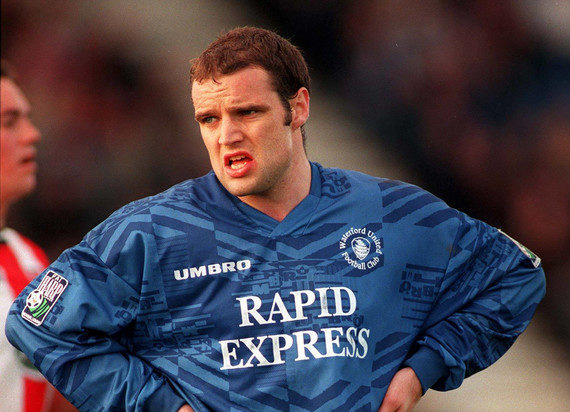 In the late 90s, Umbro loved shading and multi-prints. They just whacked layers upon layers of utter madness on their jerseys and hoped it'd work. 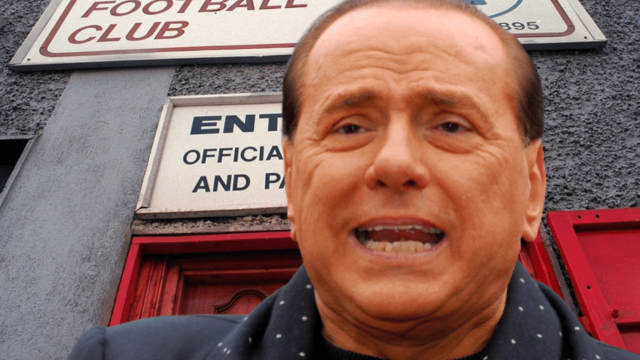