West Ham U23 forward Armstrong Oko-Flex has been called up to the Ireland U21 squad ahead of two huge qualifiers against Italy and Sweden. After losing to Montenegro last month, Ireland need a win one of the next two to be in a solidd place to qualify for the U21 Euros in 2023. The addition of Oko-Flex could be exactly what they need to get those wins.

The youngster has been in fine form so far this season for West Ham. He made the move south to London from Celtic last summer in search of game time and it's certainly been worth it for both parties so far. Before his time in Glasgow, Oko-Flex was in the Arsenal academy after being scouted by Liam Brady while playing for St.Kevin's in Dublin.

He scored 7 goals in the Premier League 2 so far this season, the fourth most in the league. His goalscoring has helped West Ham to 3rd place in the league at time of writing. The highlight of the season so far for Oko-Flex has to be the hat-trick he scored on his debut against his old club Arsenal.

Ireland U21 manager Jim Crawford has made a very wise choice picking Armstrong Oko-Flex. The forward's international allegiance was uncertain as he's represented Ireland at U19 level, England at youth level and qualifies for Nigeria as well. It's certainly a coup for Ireland if they can tie him down in the long term.

He's somebody we've had an eye on for a long time and I think it's a great opportunity for him to come in and express himself and show people what he can do. Definitely looking forward to working with him.

🎟 Secure your seat for 🇮🇹 & 🇸🇪 for €15 👉 https://t.co/GtrUvaQeyJ#COYBIG | #WeAreOne pic.twitter.com/TvdXNKAlRP

Crawford also spoke about Oko-Flex's flexibility (pardon the pun) to play across the front line. He played down the centre in his youth at St. Kevin's boys. But in an interview from his time at Celtic he revealed that Arsenal legend Freddie Ljungberg helped make the switch.

I was a striker until under 14, under 15 where i actually had Freddie Ljungberg as a coach at Arsenal and he was the one that moved me out wide and ever since then it's changed for me.

Oko-Flex has played wide left a lot this season. However his goalscoring statistics shows that he does have an eye for goal. Perhaps playing centrally will be in his future? Crawford enthusiasm to work with Oko-Flex.

He's an exciting talent, I've seen him a number of times playing albeit with West Ham under 23's football. I think he has been performing very well, scoring goals. I've seen him play wide left but i know he can play either side and he can also play through the middle as well.

Let's see if Oko-Flex can lead Ireland to victory against Italy and Sweden in the next couple of weeks. 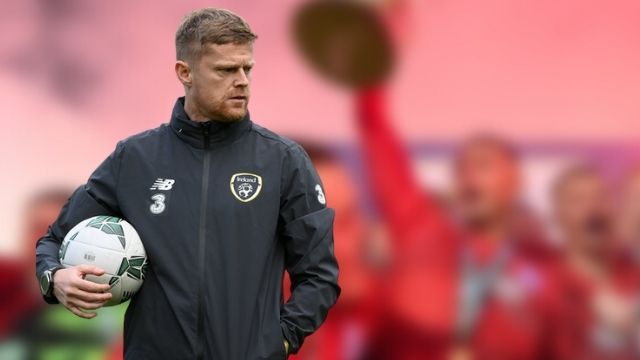